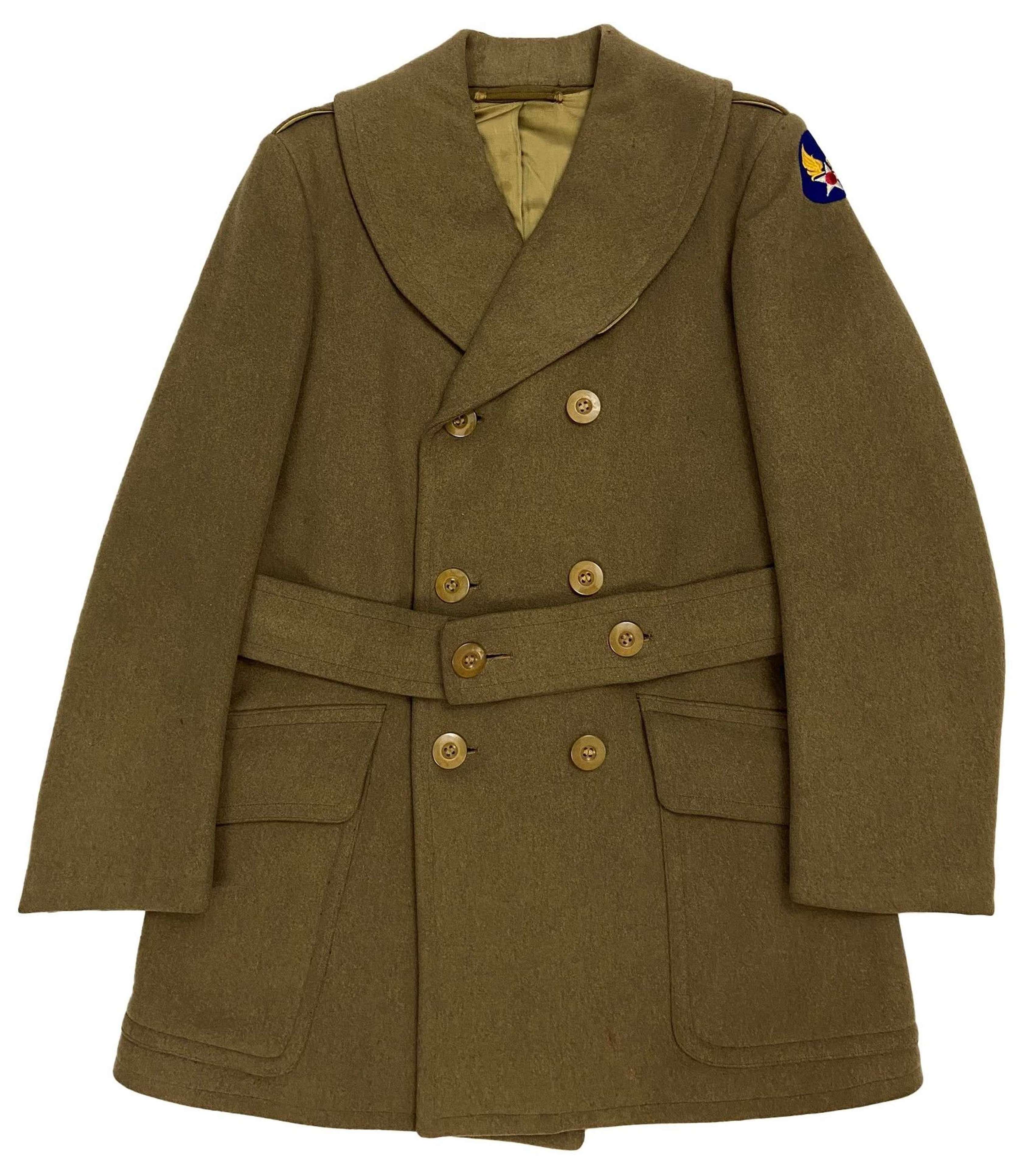 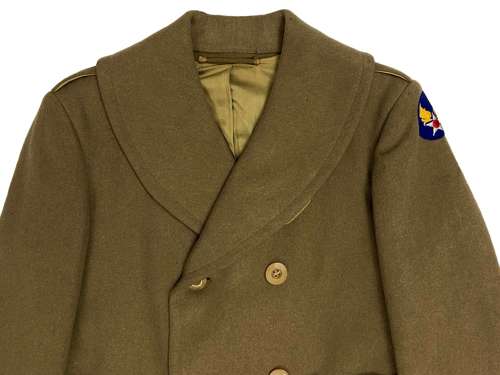 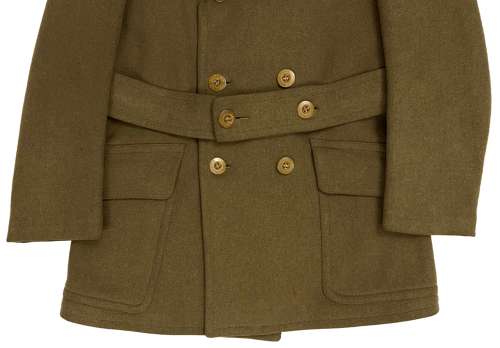 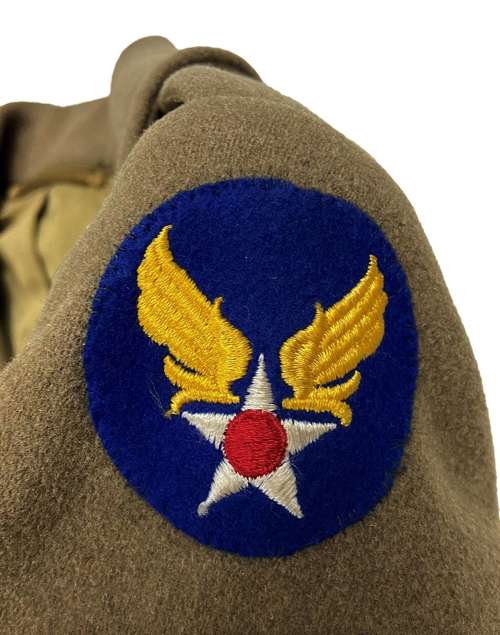 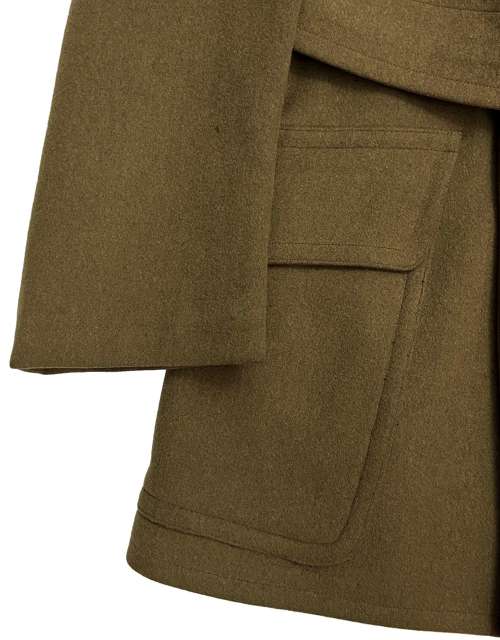 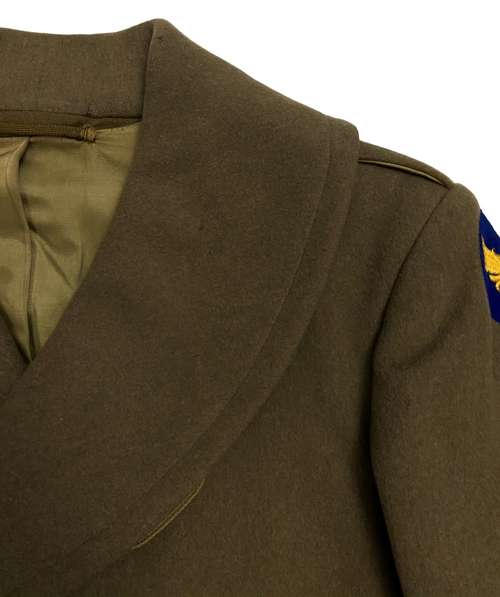 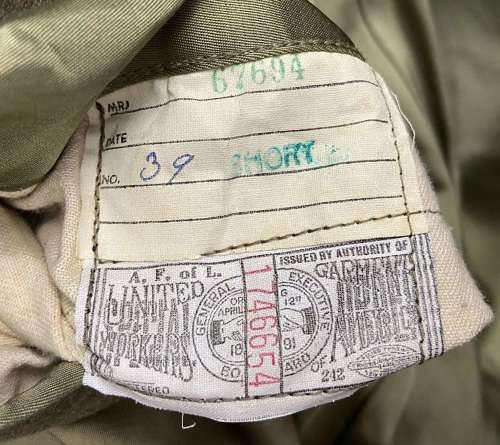 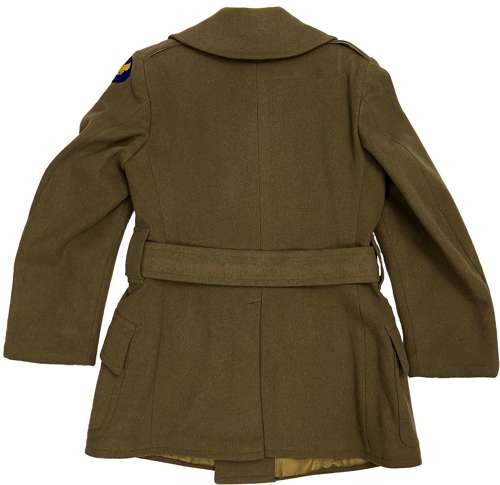 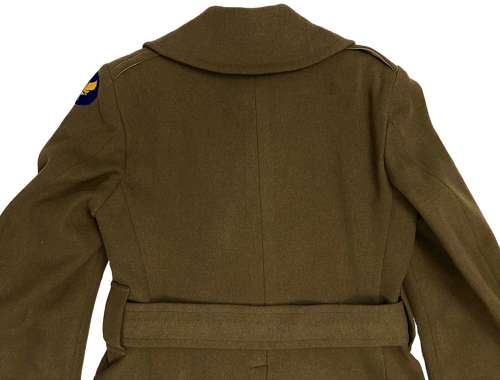 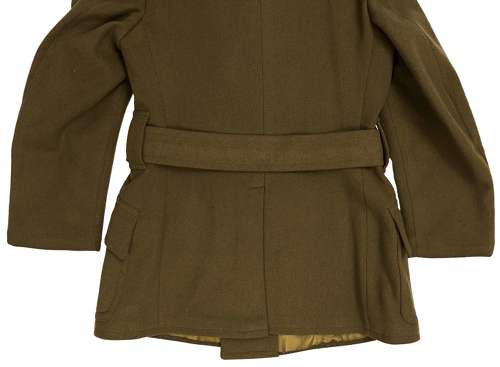 Officially designated 'Overcoat, Short, M-1926', this is a first pattern example which features a shawl collar and buttoned integral belt. First authorised in 1926 it was superseded in 1943 for a simplified pattern which had no belt and a notched collar which makes this a genuine early war example.

The coat is made from a blanket wool and features large vegetable ivory buttons as are often found on this pattern of coat. The large shawl collar features a loop to the left hand side allowing it to be buttoned across the wearer's neck. Flapped patch pockets are located to the front of the jacket and epaulettes can be found on the shoulders. The left shoulder is fitted with a beautiful Army Air Forces patch which appears to be original to the jacket.

Inside the jacket features a full green coloured rayon lining which is quilted around the chest. There is a single interior pocket, inside which is a union tag as well as a makers label which bears the size of 39 Short. When laid flat the coat measures -

The coat is in excellent condition as can be seen in the pictures. It displays extremely well but does have some very light moth grazing in a few areas. This is only noticeable on close inspection and I have added pictures of the two areas where this is prevalent.

A great looking original coat in the sought-after early pattern. This would make a great addition to any USAAF collection without a doubt! 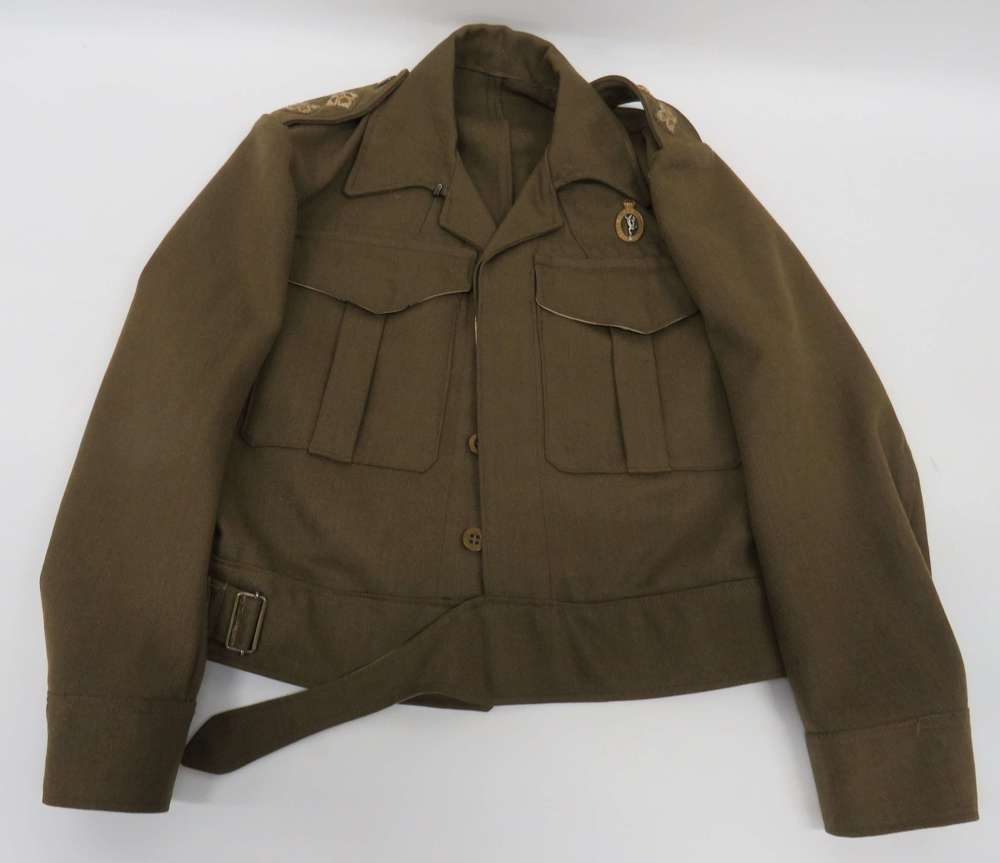 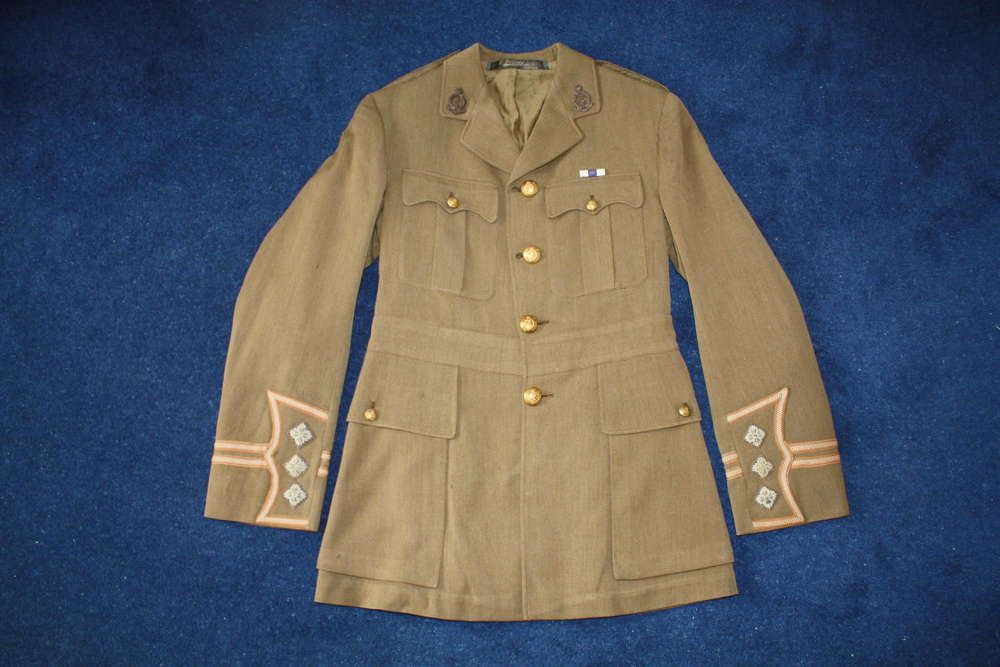 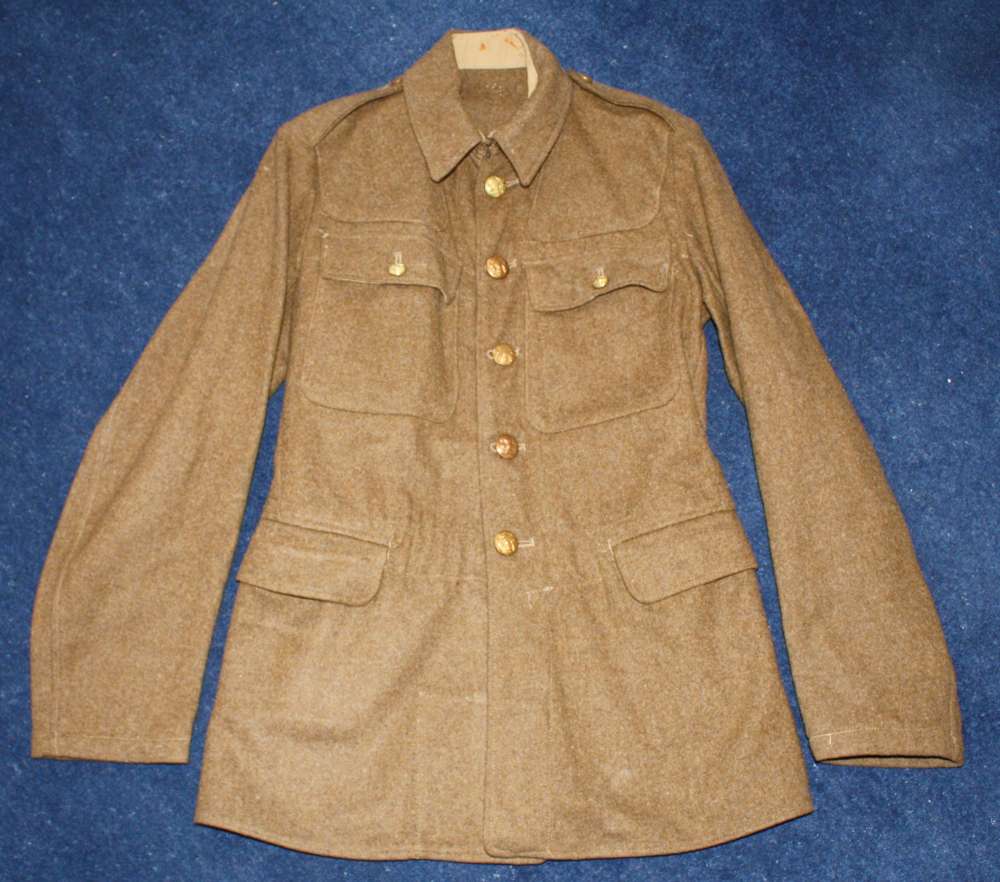 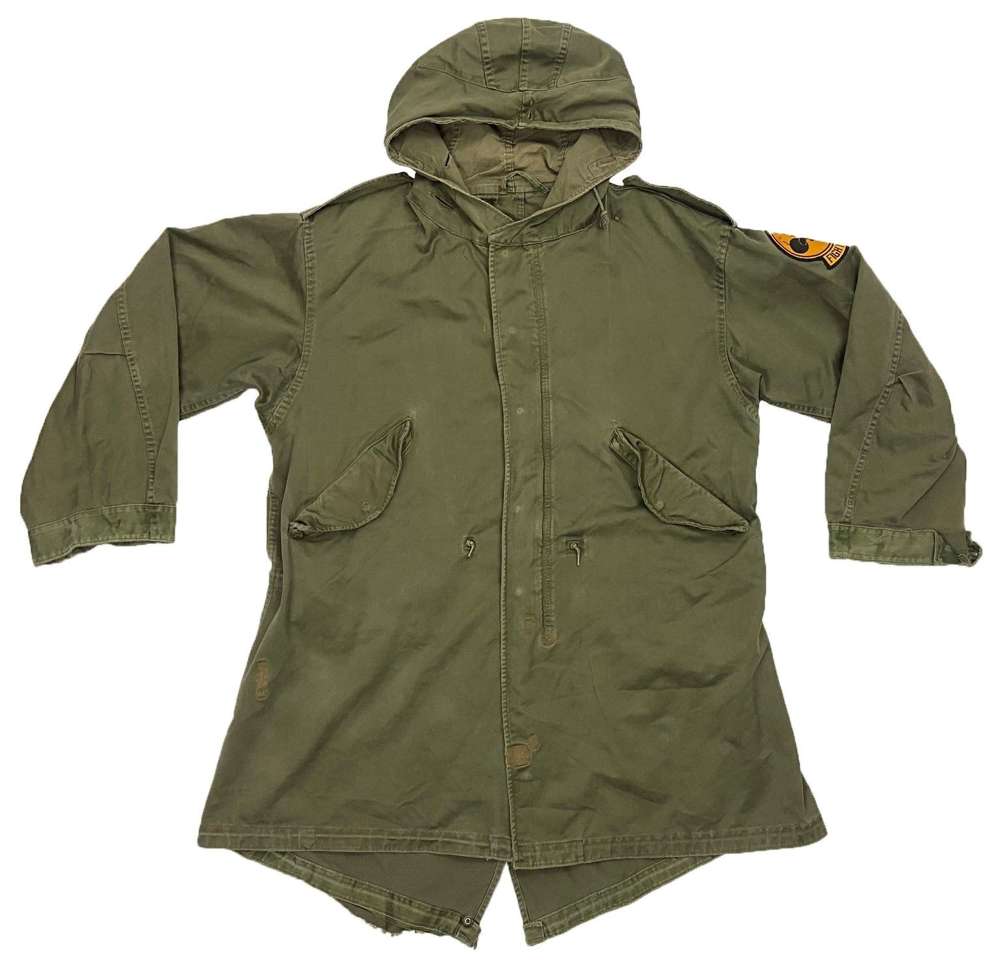