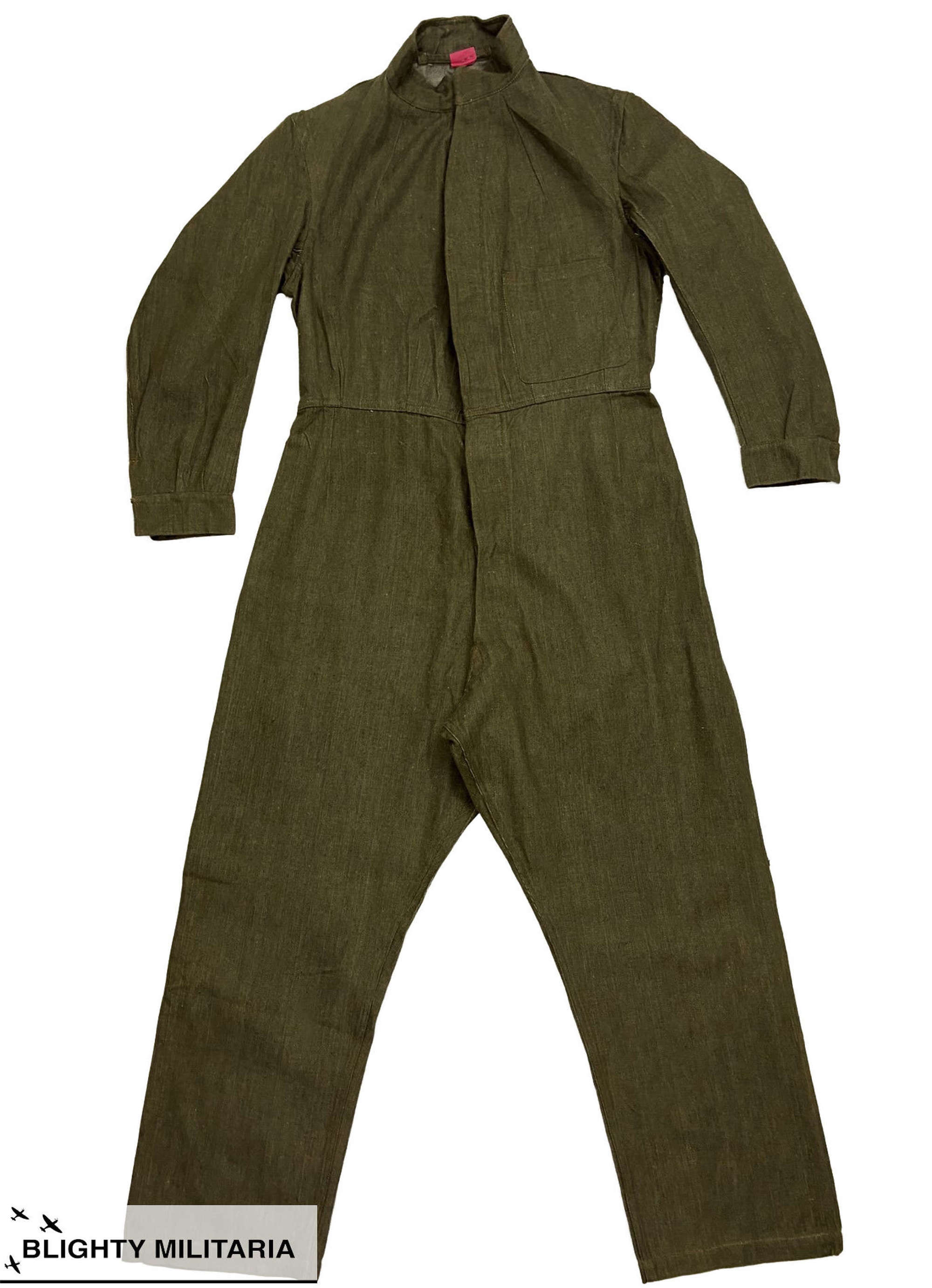 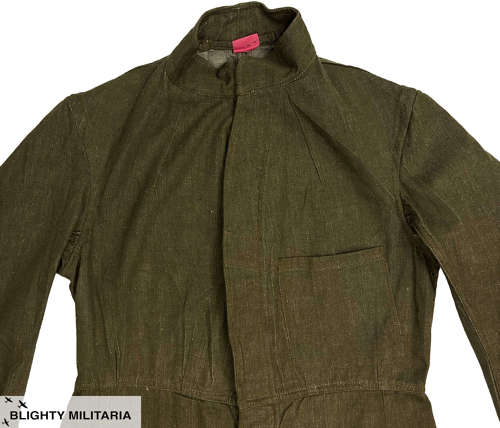 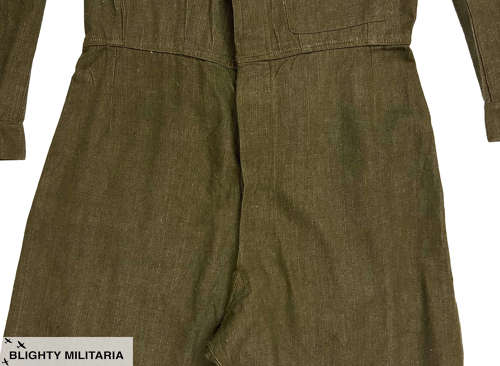 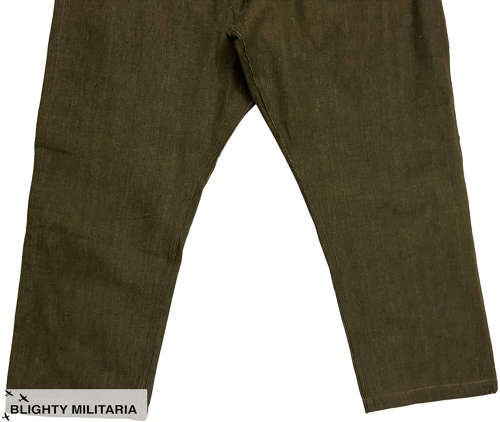 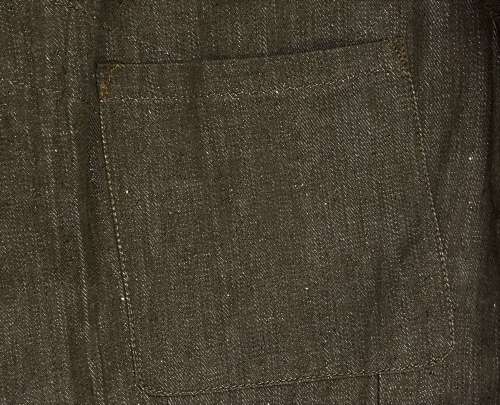 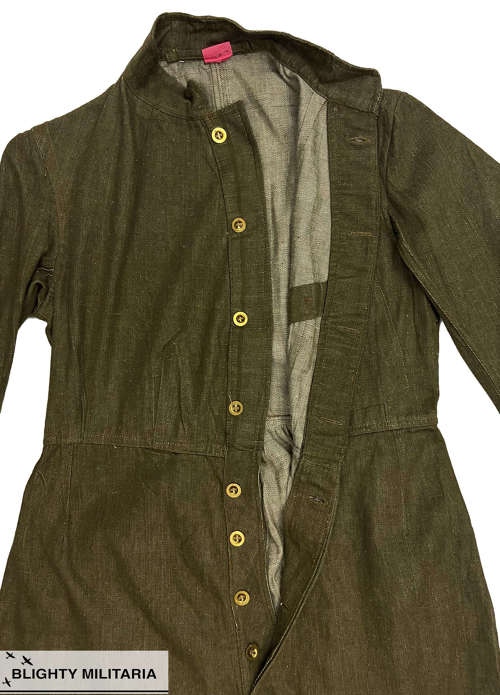 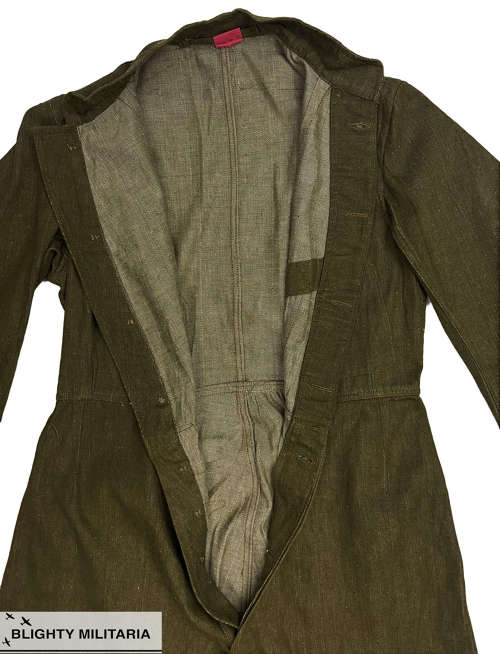 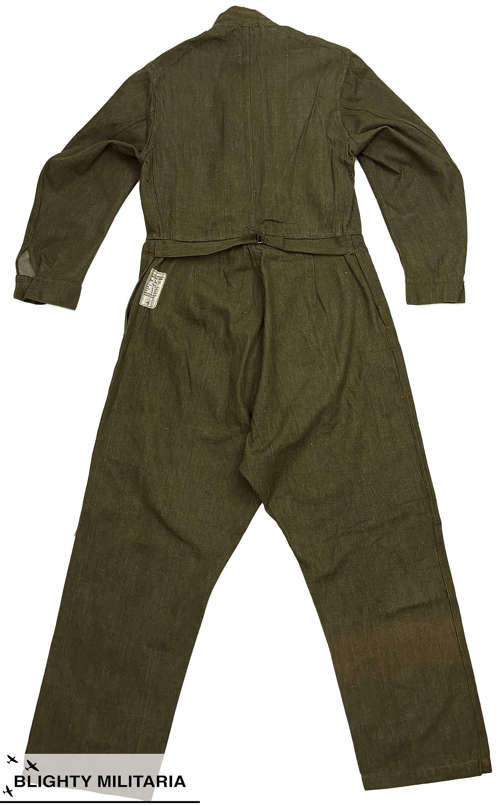 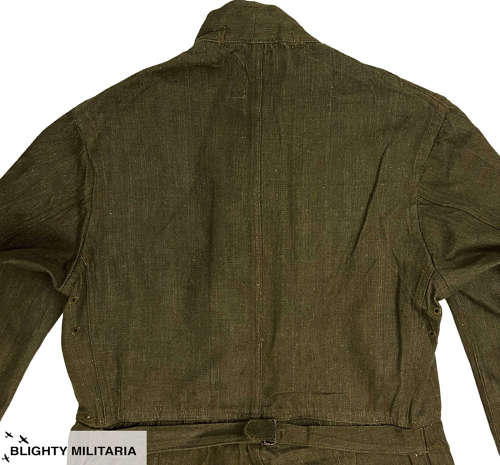 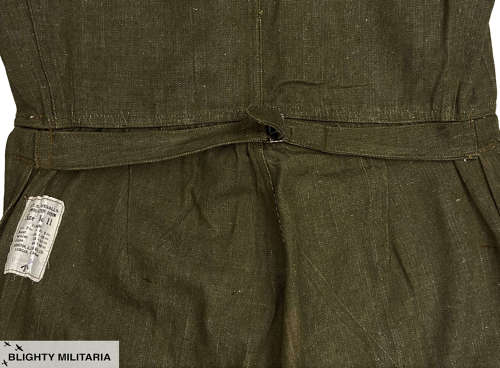 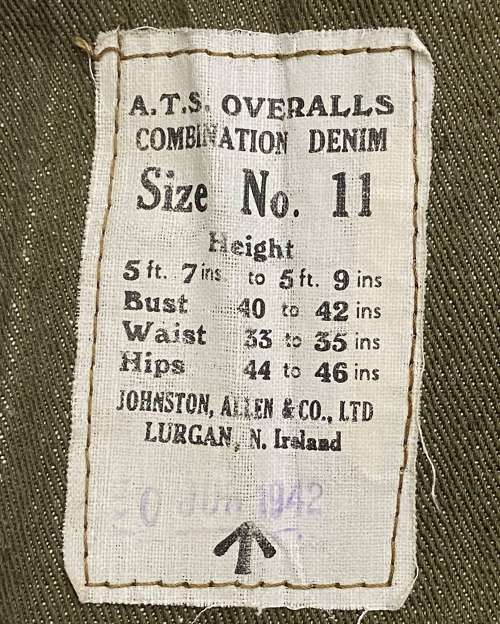 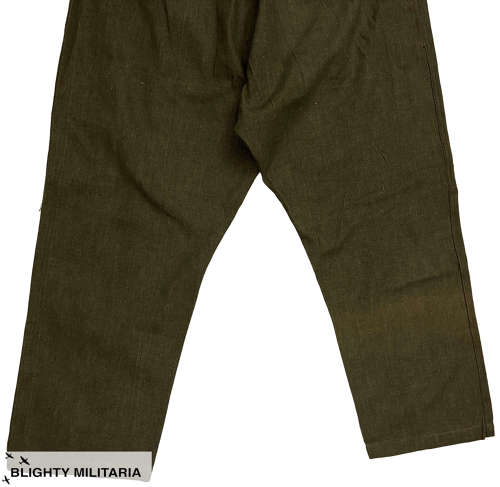 This pattern of coveralls came into issue with the ATS in the early part of the Second World War and were officially designated 'A.T.S. Overalls Combination Denim'. Made from the same green denim material as the mens two piece denim battledress and tank suit; these overalls feature a patch pocket to the right breast, slash pockets to the hips and a mandarin collar - typical of overalls made in the first half of the 20th century. The front fastens with stamped brass buttons as are commonly seen on British military items of the period, whilst the cuffs are fitted with steel buttons. To the rear of the overalls is a cinchback belt and buckle.

The coveralls are in very good condition as can be seen in the pictures and display well. They have clearly never been washed as they still have that crisp, new feel to them. There is some staining as detailed in the pictures but overall they are a very fine example

A really good set of early war ATS overalls with a nice clear date and bright label. These would make a fine addition to any collection! 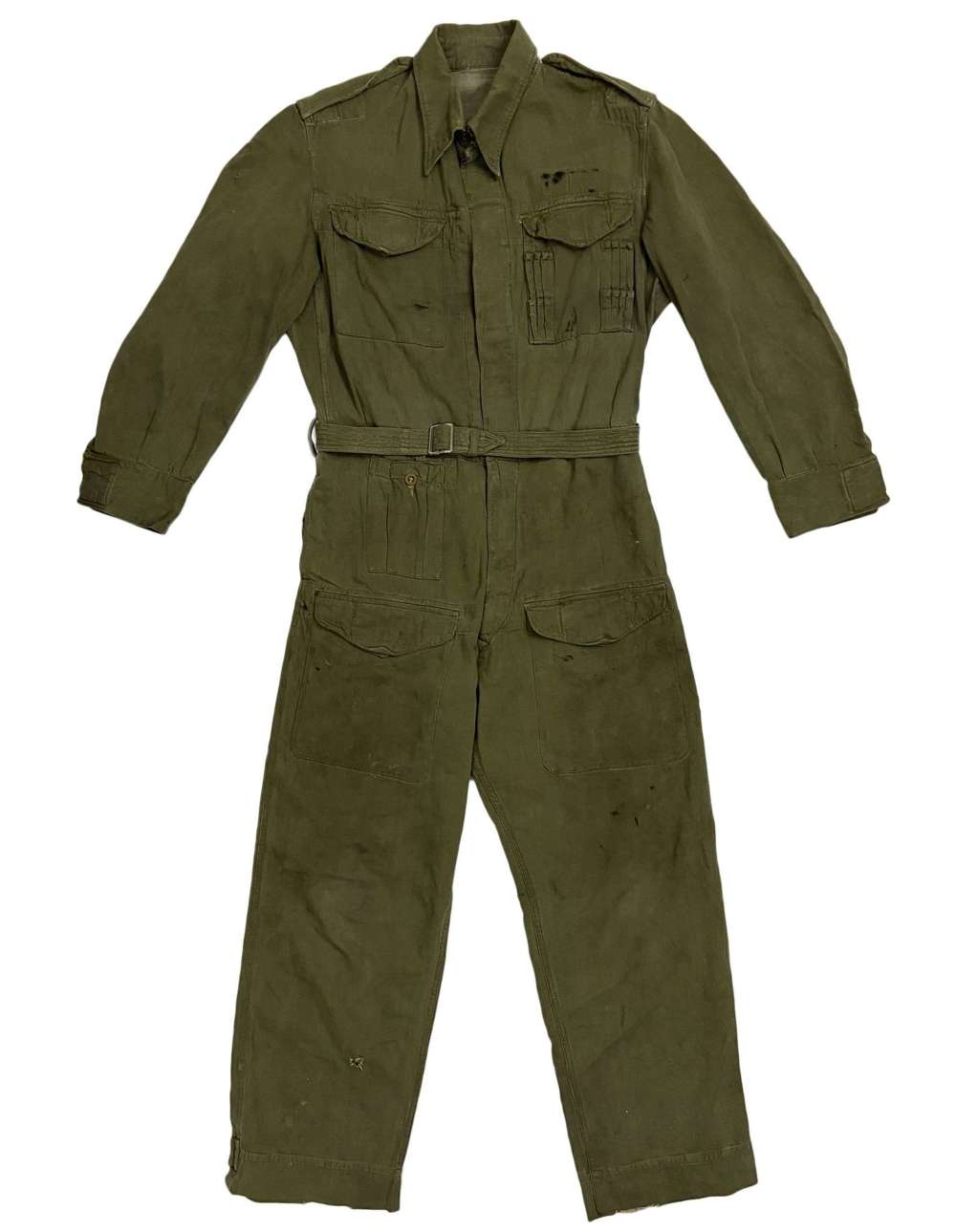 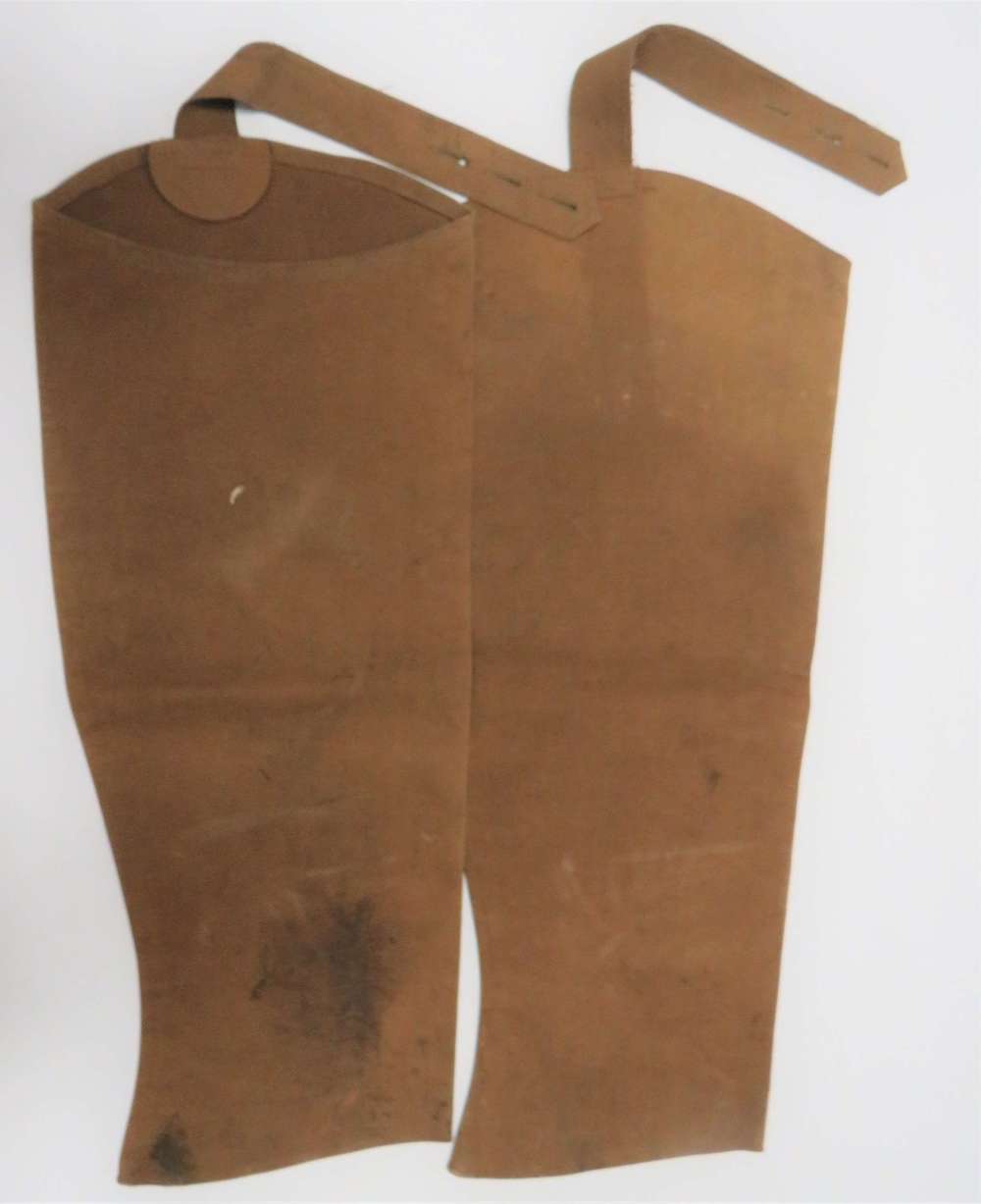 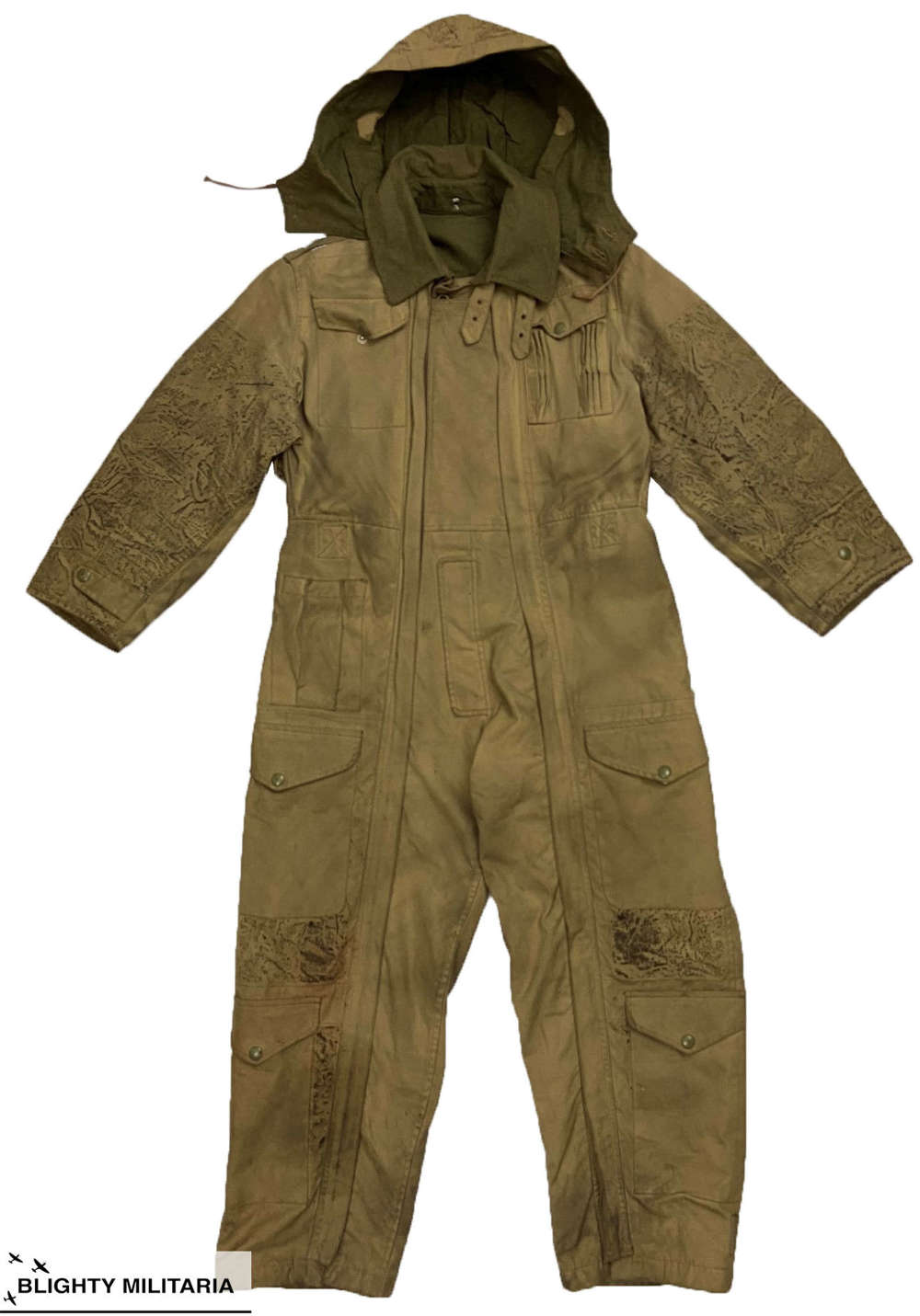 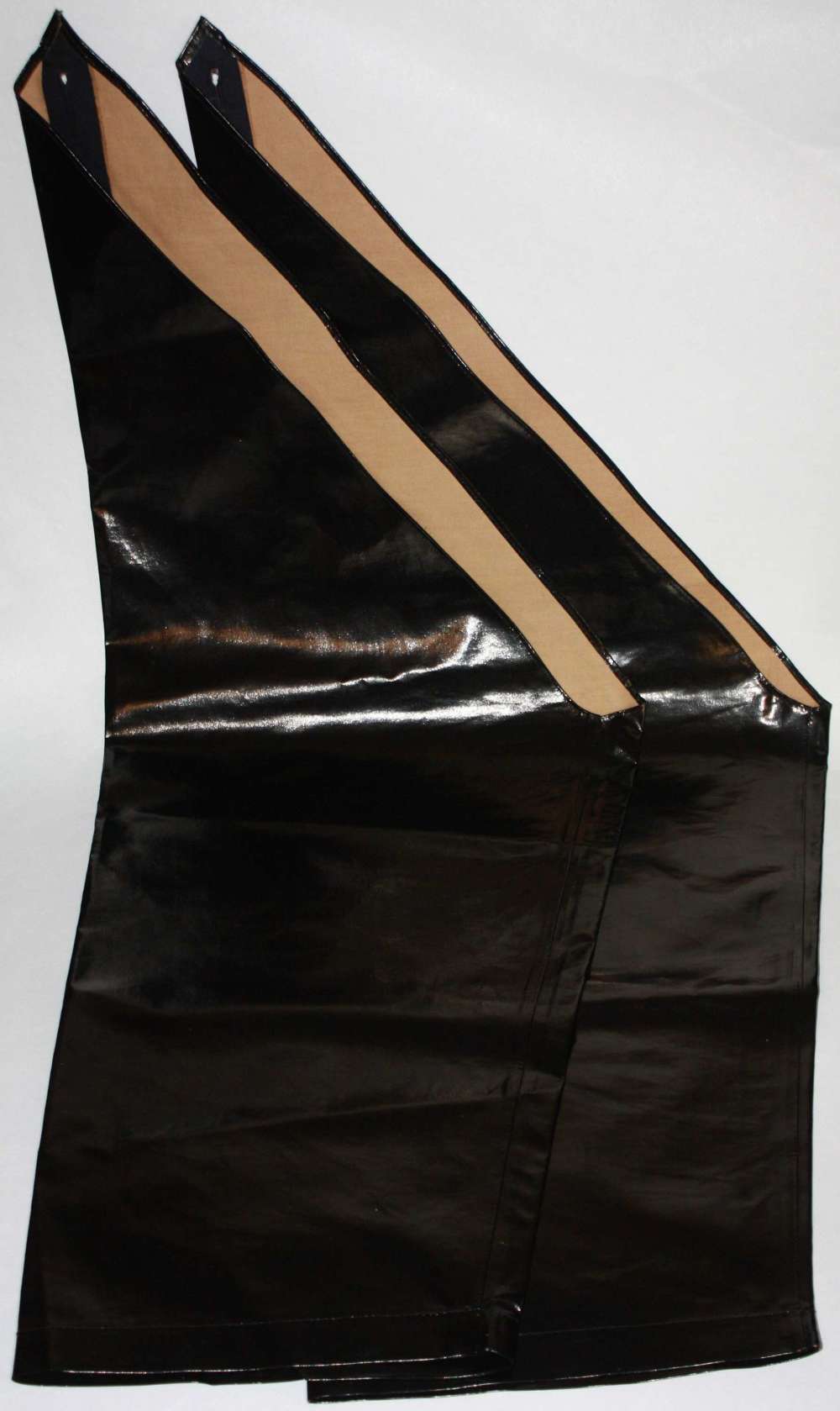 A PAIR OF THE WWII PERIOD AFS / NFS RUBBERISED OVER LEGGINGS