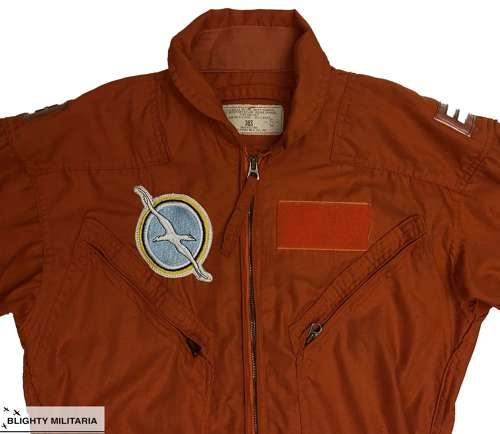 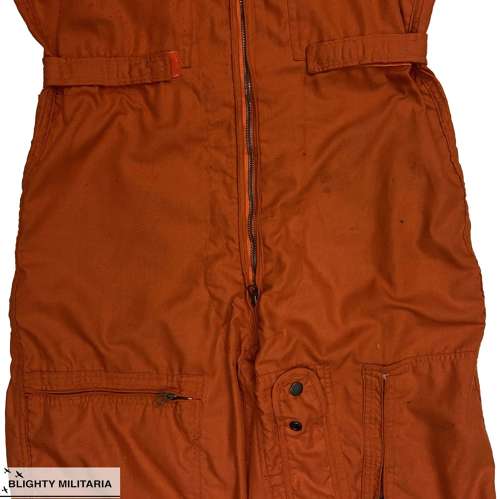 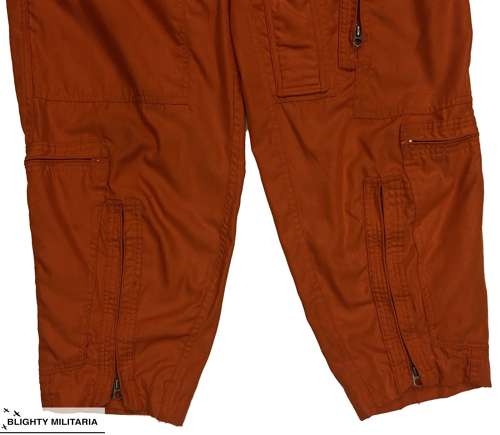 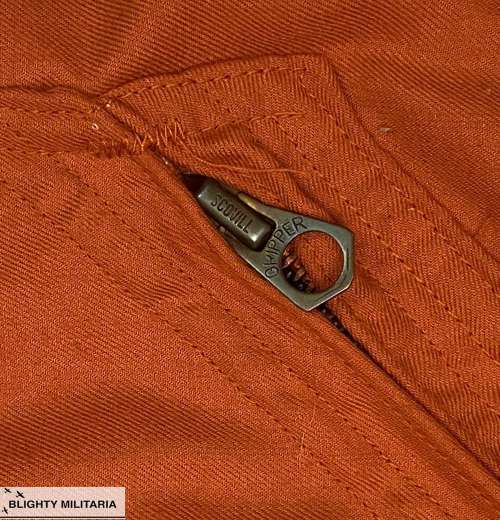 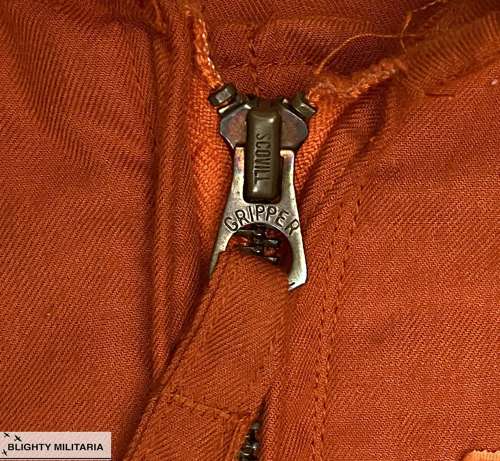 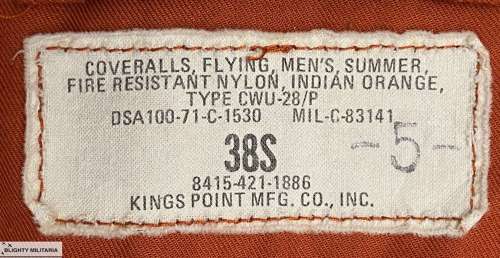 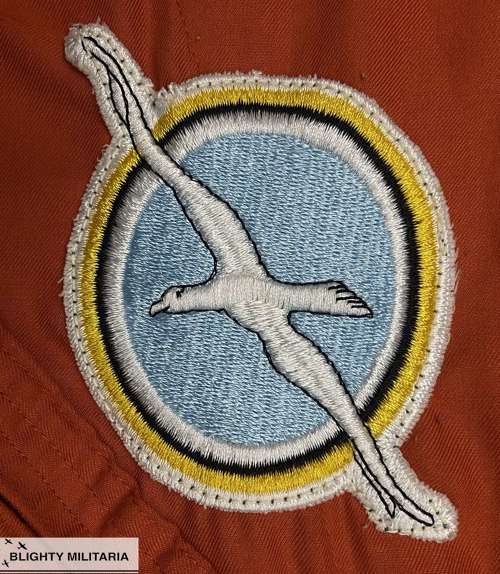 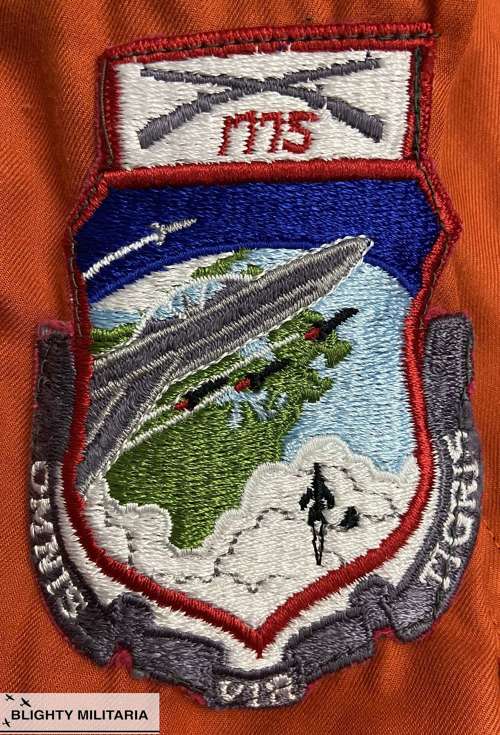 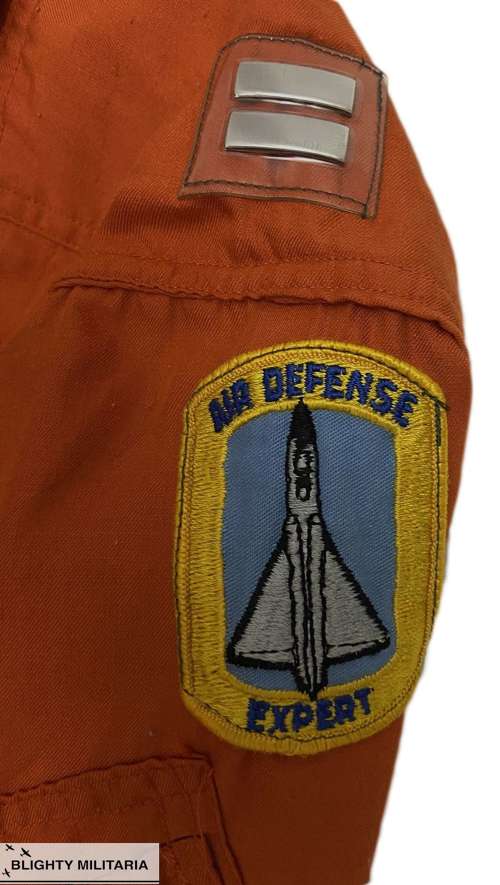 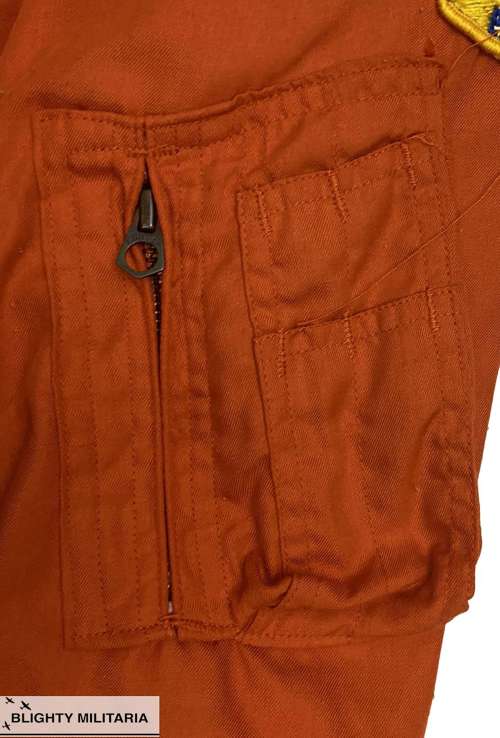 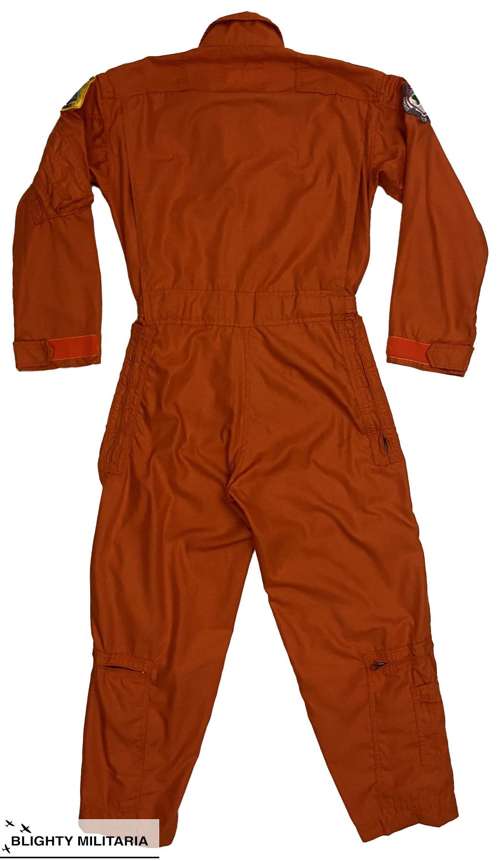 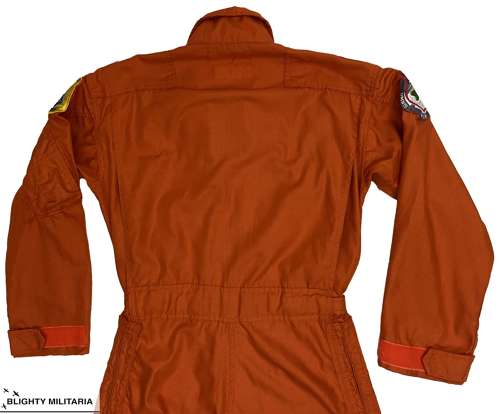 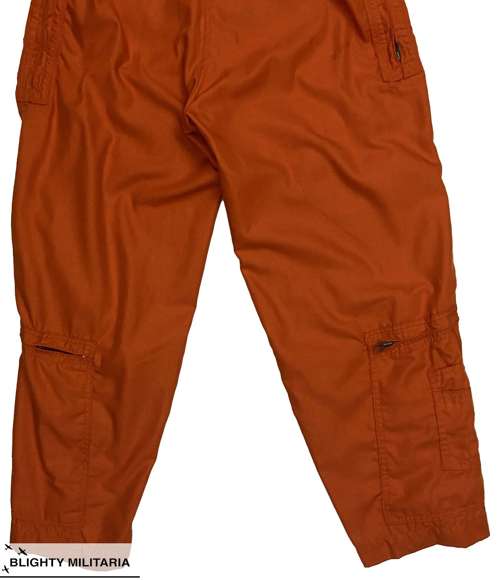 This suit belonged to a Captain who served in the 102nd Tactical Fighter Wing who were flying Convair F-106 Delta Dart aircraft at the time which ties in with the patches on the suit well.

The suit is made from a bright orange coloured nylon and features metal 'Scovill' branded zipper throughout. Pockets are located to the chest, thighs and lower leg as well as a small pen pocket which can be found on the left sleeve. Velcro waist tabs are located to the waist and there are slash pockets at the hips to allow access to clothing worn under the suit. The suit features an original 101st Intelligence Squadron patch to the chest, a 102nd Tactical Fighter Wing to the right sleeve and an F-106 Delta Dart Air Defence Expert patch to the left sleeve. Captain rank is fitted to the epaulettes and is encased in plastic - a typical feature of flight suits from this period.

Inside the suit the original label is still present and bears the title of 'Coveralls, Flying, Men's, Summer, Fire Resistant Nylon, Indian Orange, Type CWU-28/P'. Below this is the DSA number of dsa100-71-c-1530 which denotes 1971 as the manufacture year. The size is stated as 38S and the manufacturer's name of 'Kings Point MFG' is also present.

The suit is in good condition with some signs of wear and use etc. Overall it displays very well and is still totally wearable. Please bear in mind that this is a vintage, pre-owned item which may have small issues commensurate with age.

A nice original flying suit with some great patches and history.