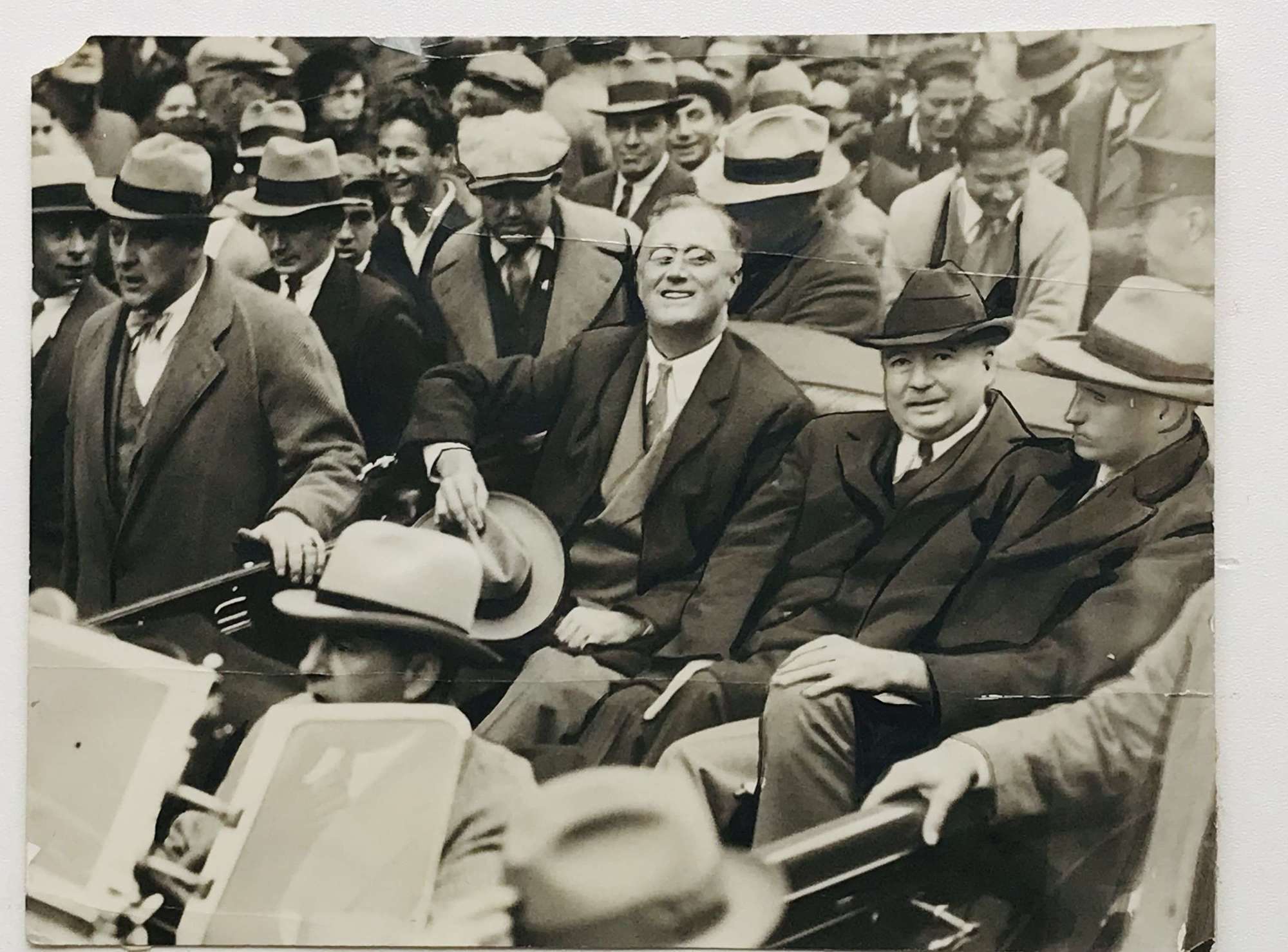 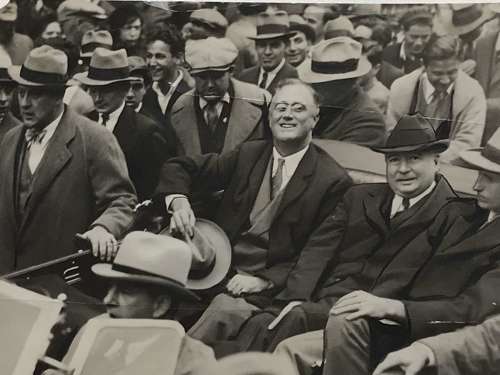 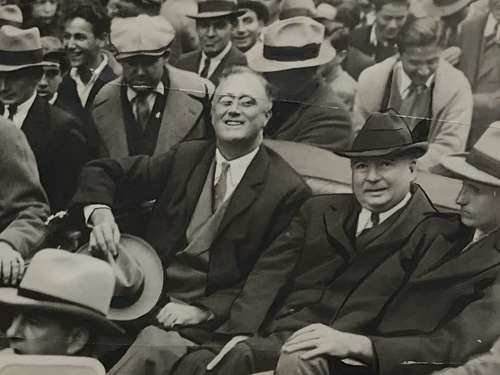 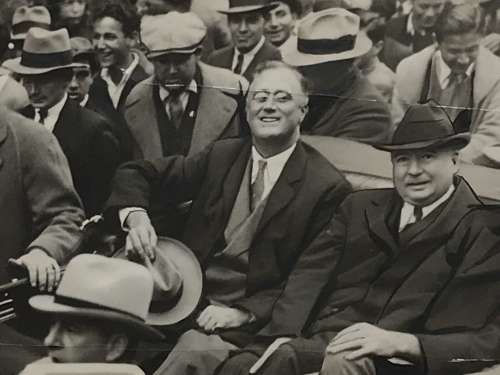 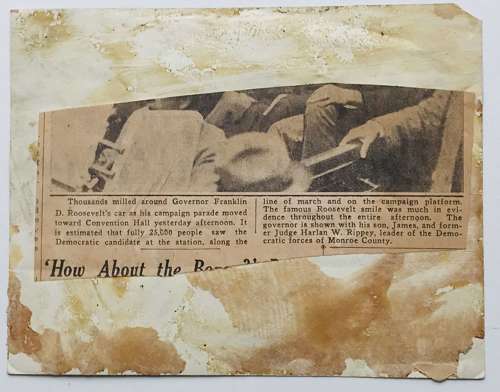 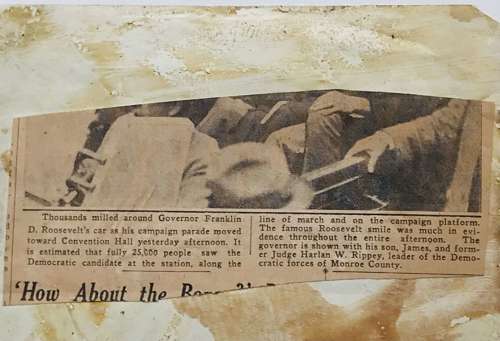 A photograph of Governor Franklin D Roosevelt probably taken in 1931/2 on his campaign trail.He later went on to become president and lead America through the Great  depression and the Second World War before dying in 1945. The photograph has been removed from an album and has a Paperclipping fixed to the reverse side. A rare photograph measures 18 x 13 cm. 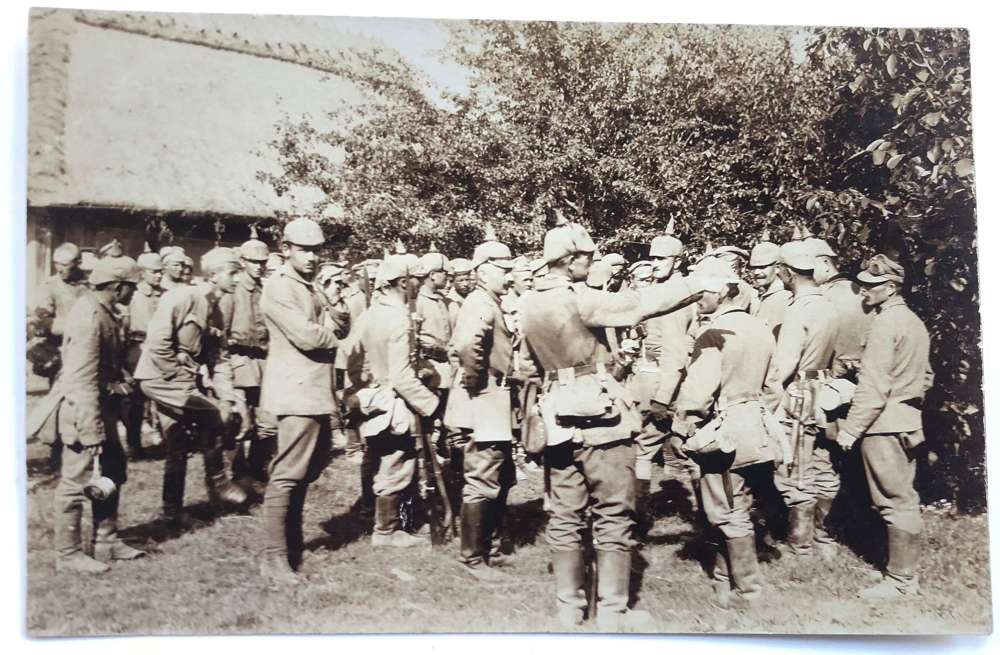 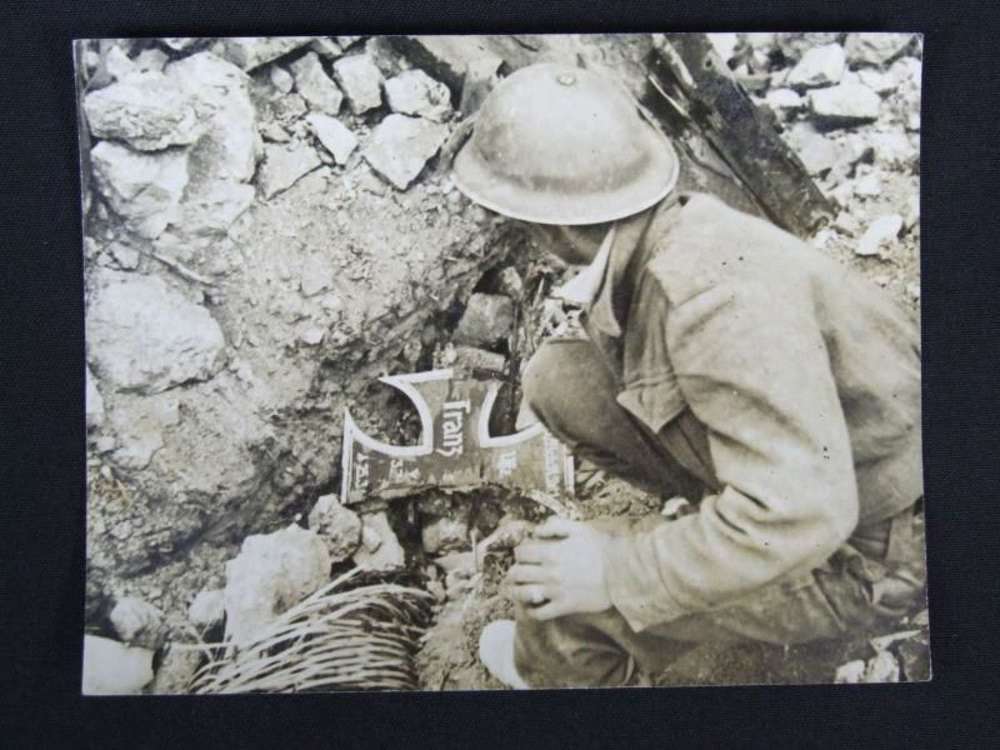 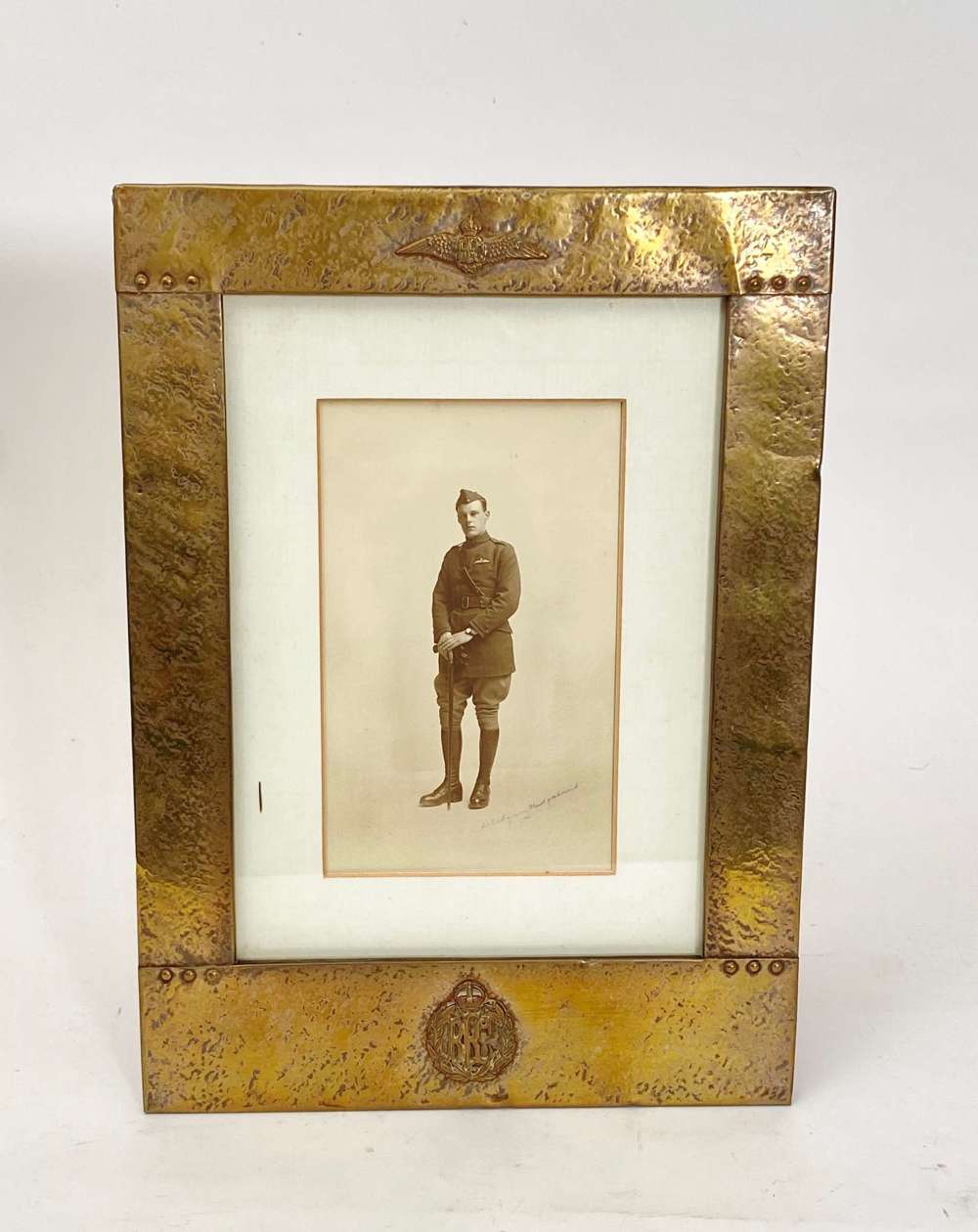