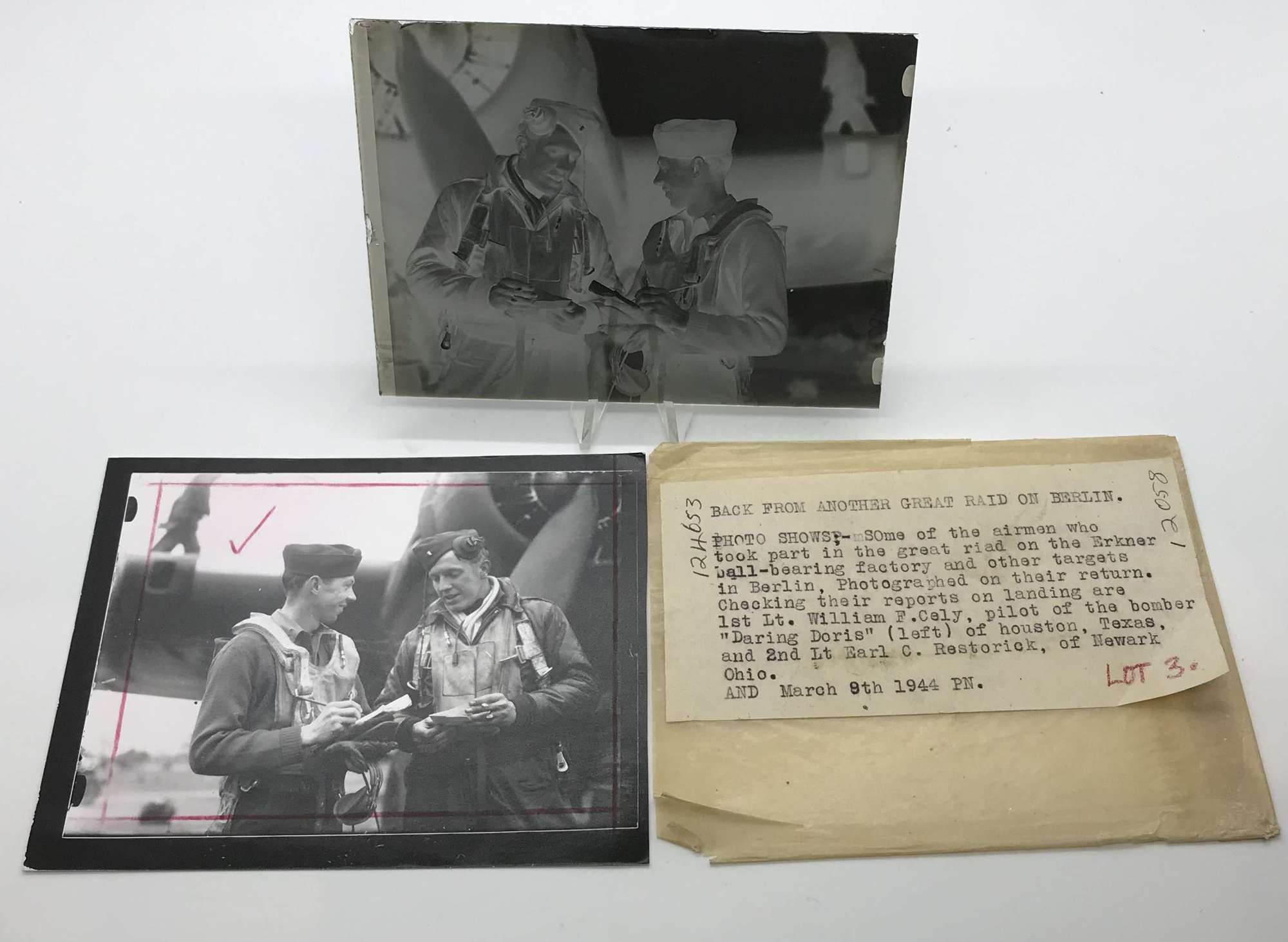 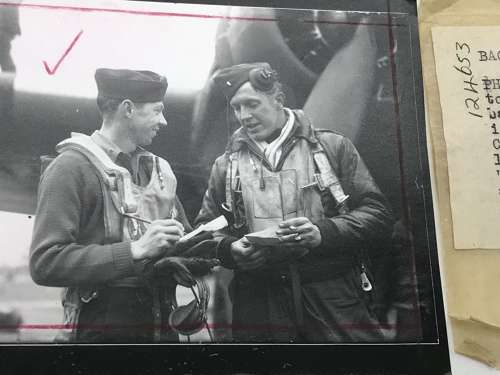 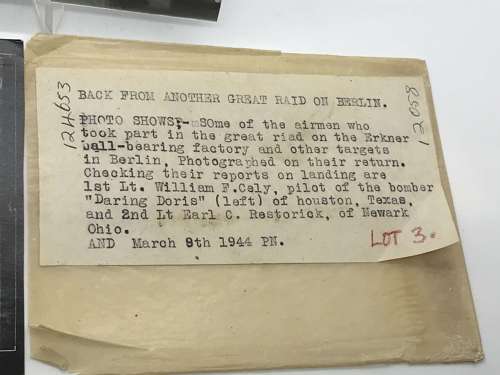 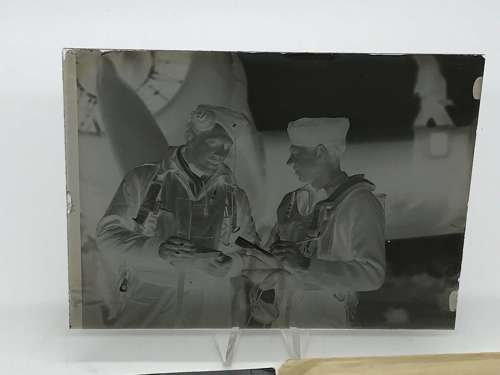 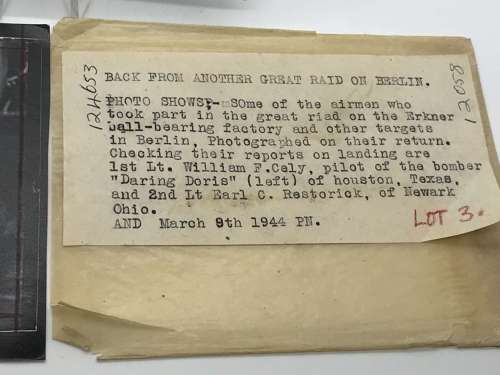 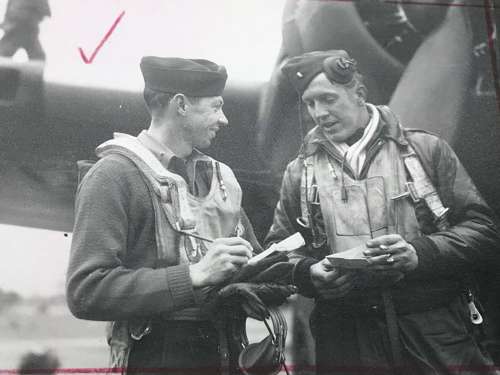 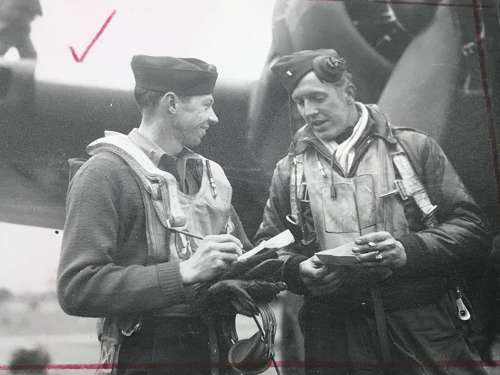 A Glass negative dating from March 1944. The Image shows two American airmen returning from a raid on a German Ball bearing factory, their Aircraft was a B-17 named (Daring Doris )and they are named 1st LT William .F.Cely (Pilot)of Houston Texas and 2nd LT Earl C .Restorick of Newark ,Ohio.Negative is in good condition A rare survivor. Measures 12 x 10 cm. 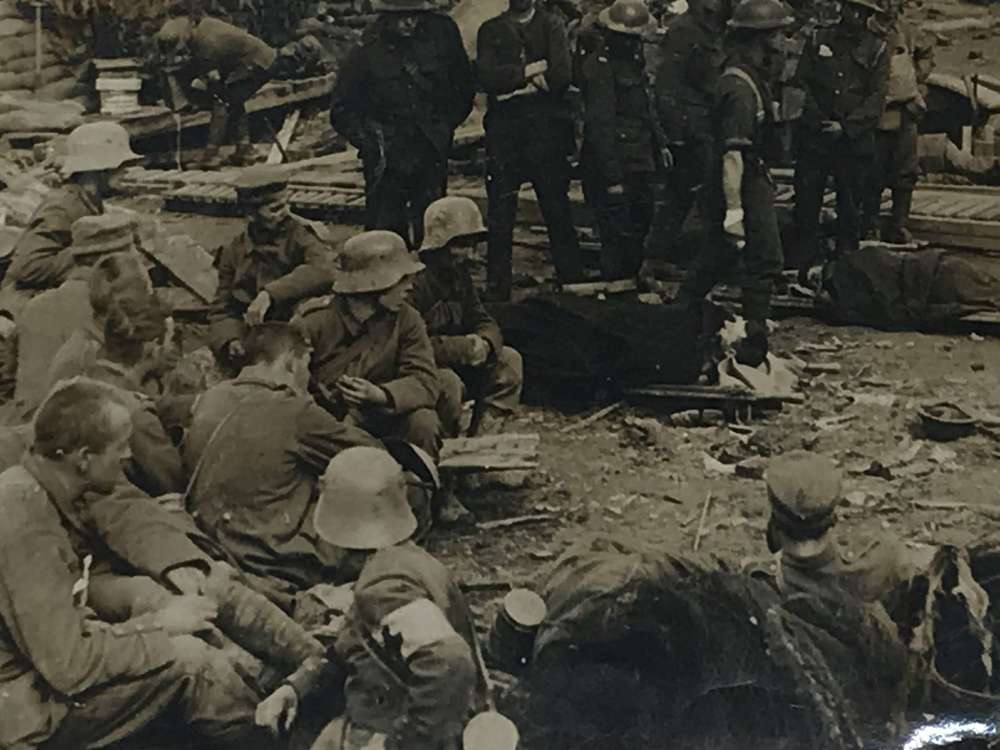 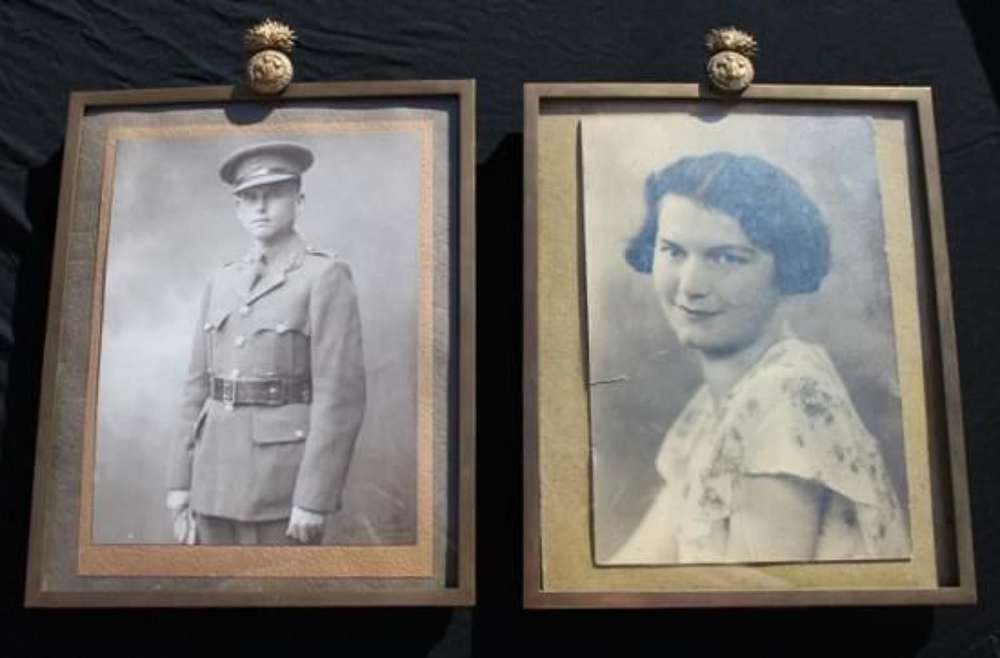 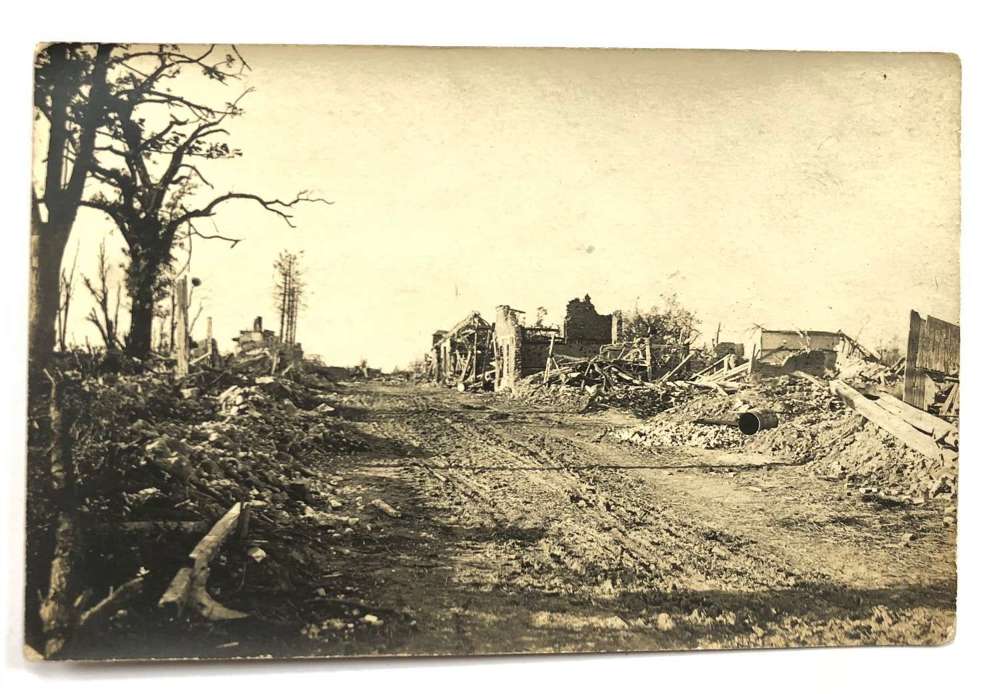 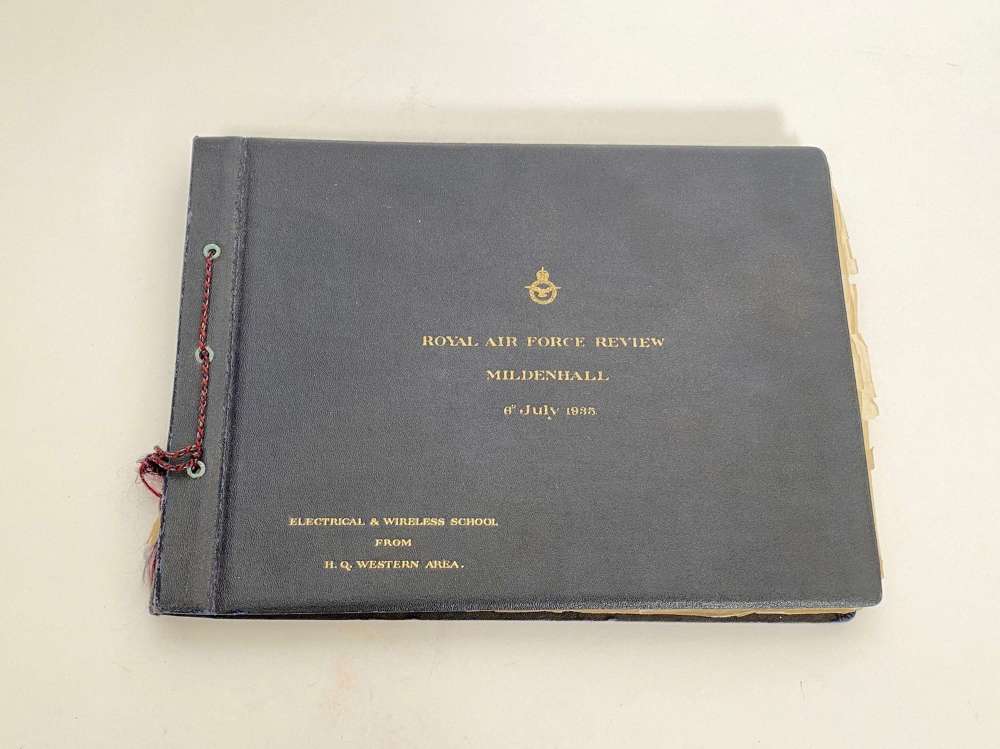 Book “The Red Knight of Germany: The Story of Baron Von Richthofen