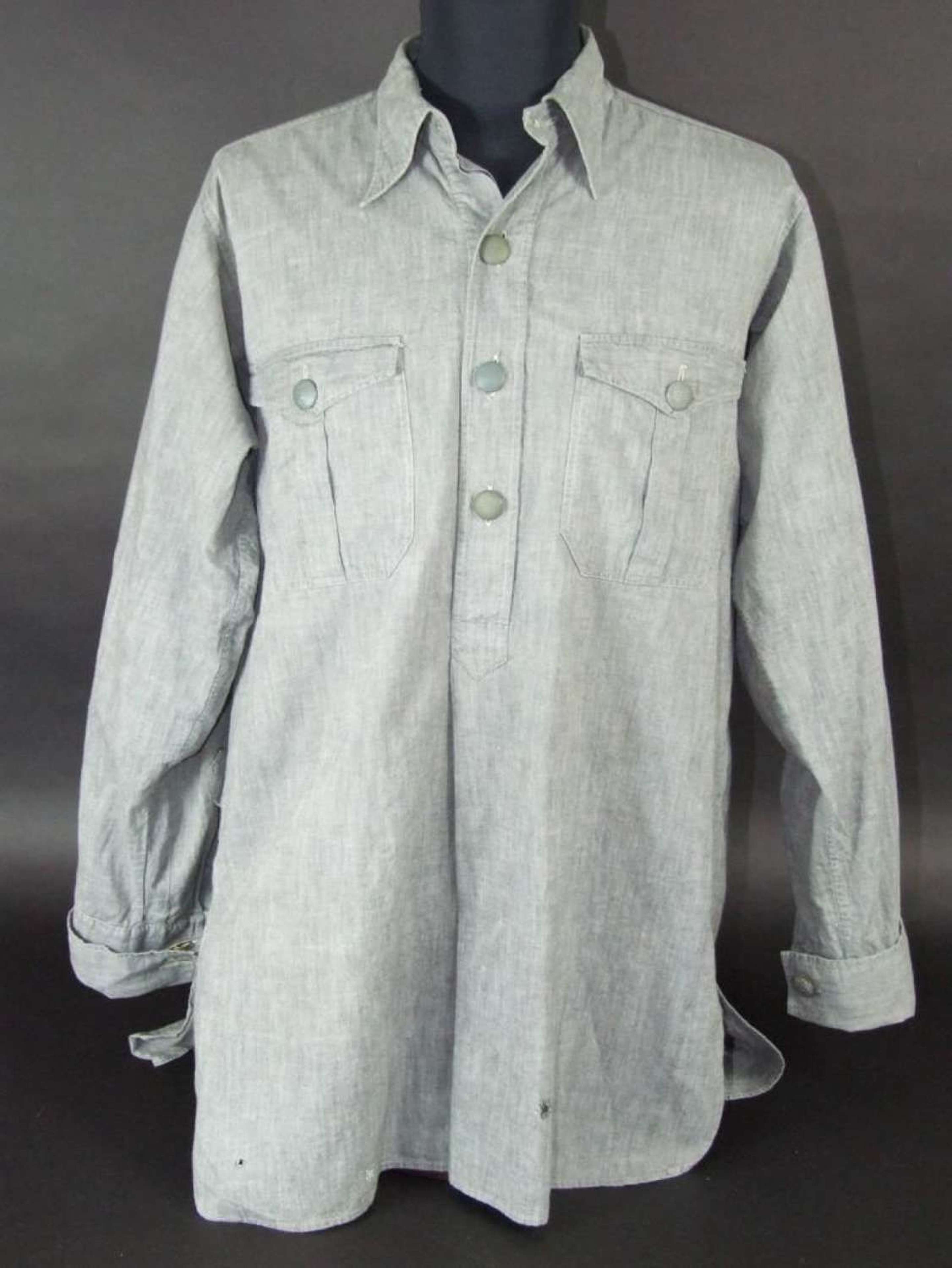 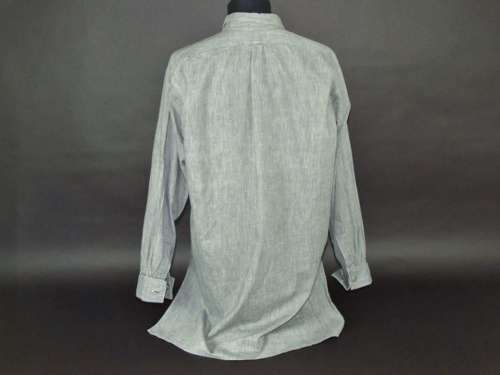 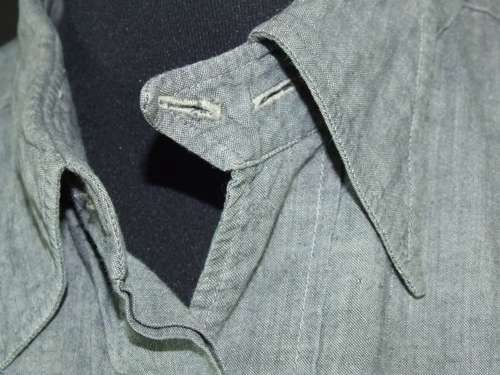 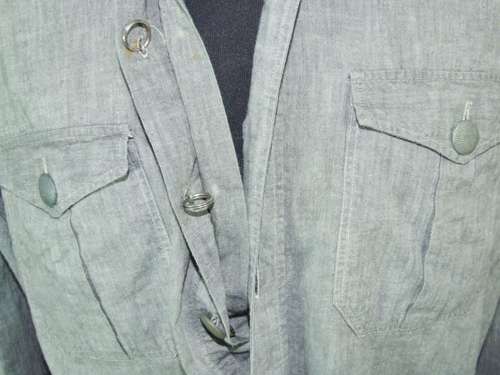 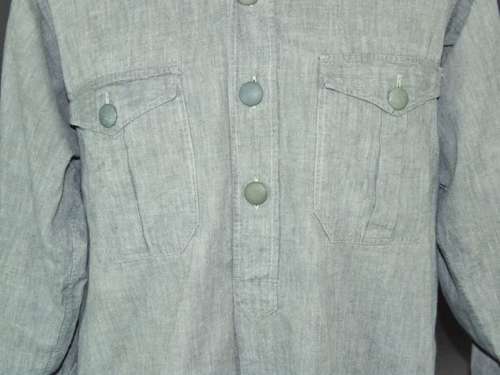 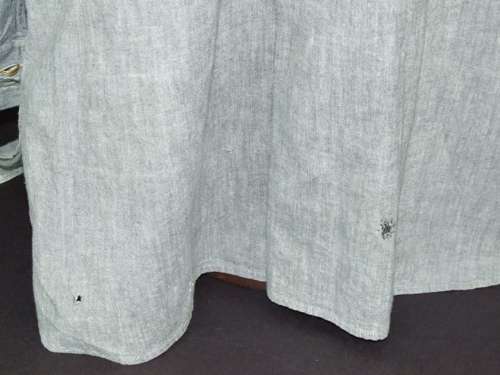 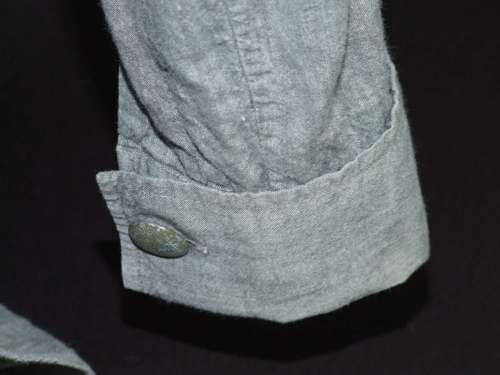 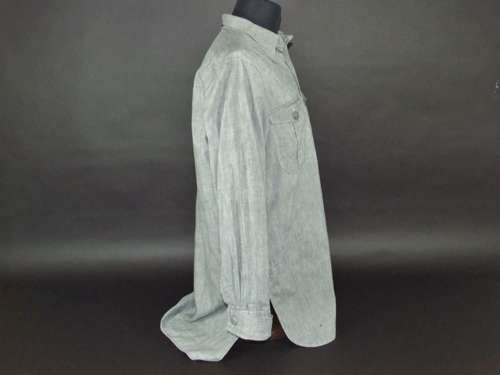 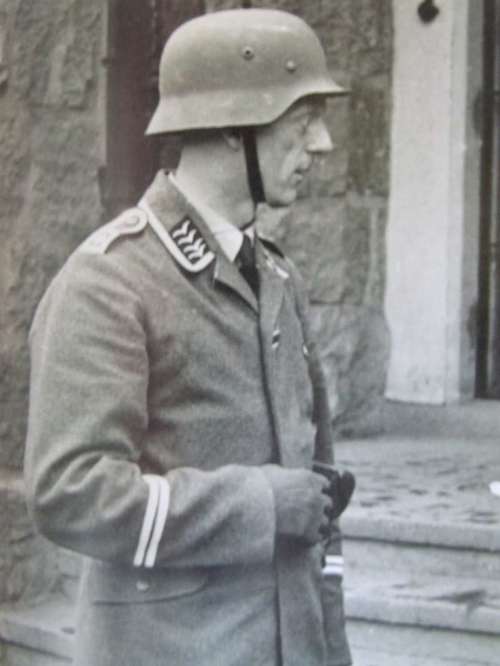 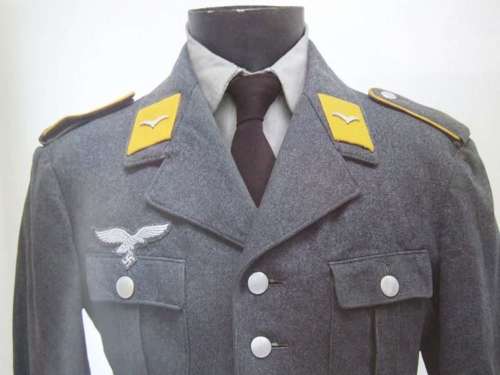 A blue grey Lufwaffe Shirt (Stoffhemd) issued by order from September 1943 and produced in a soft cotton fabric with an attached collar allowing it to be worn as an outer garment or under the Fliegerbluse or Waffenrock without the need for a liner, which was then abolished
Otherwise virtually identical in cut to the M43 army Pullover Shirt it features two pleated breast pockets with removable buttons and three removable front closure buttons with two (missing) buttons to secure the fixed collar. The collar itself is identical in cut to the Luftwaffe Shirt worn by officers and allows for stiffeners.
Buttons at the double cuffs are in place and would perhaps be better served by cuff links. All buttons are pebbled grey with modern ring clips holding them in place.
Overall condition is very good with two minor holes at the lower front skirt which have been darned.
Original wartime shirts are extremely rare most having been worn to destruction during the post war years of austerity. 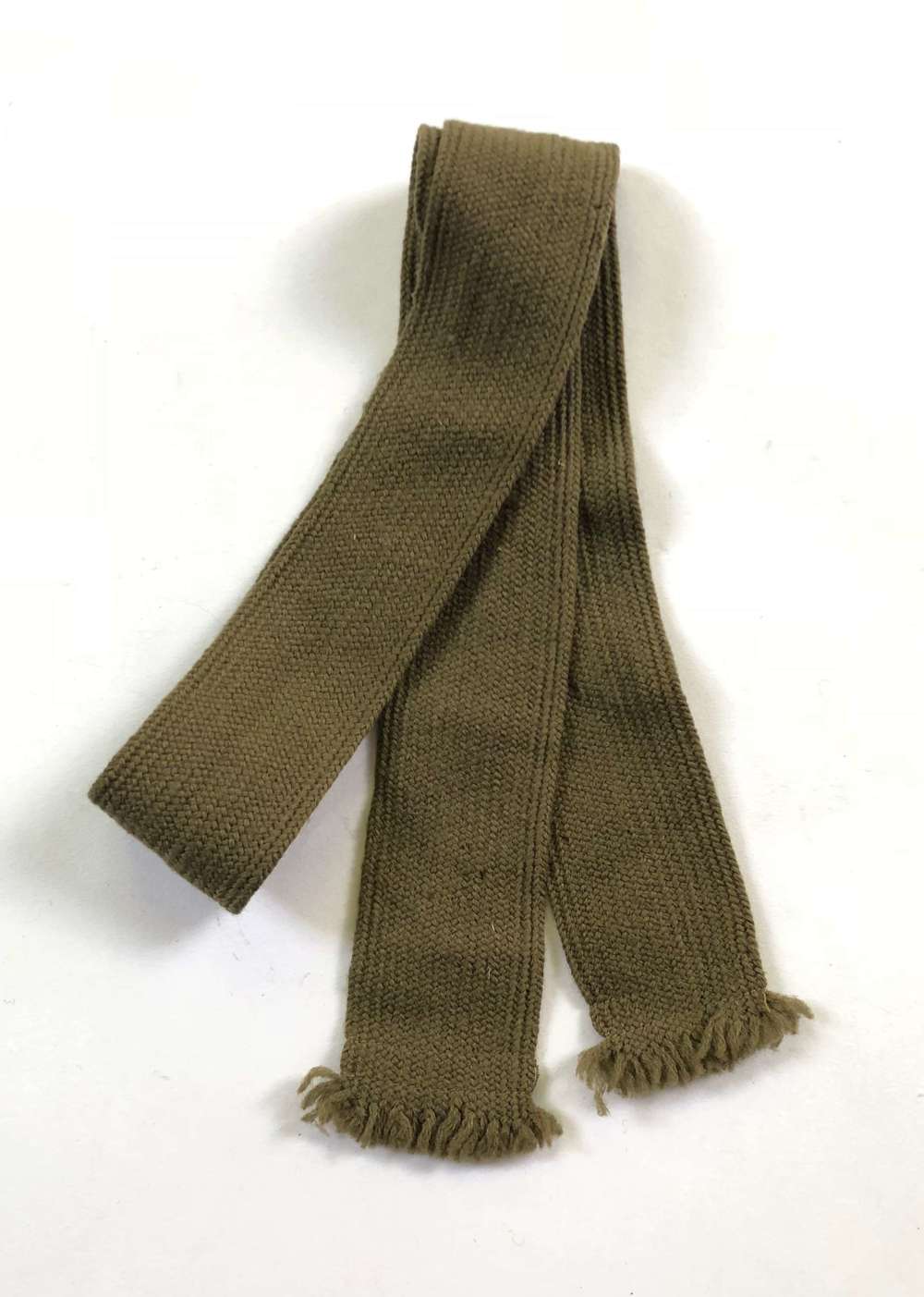 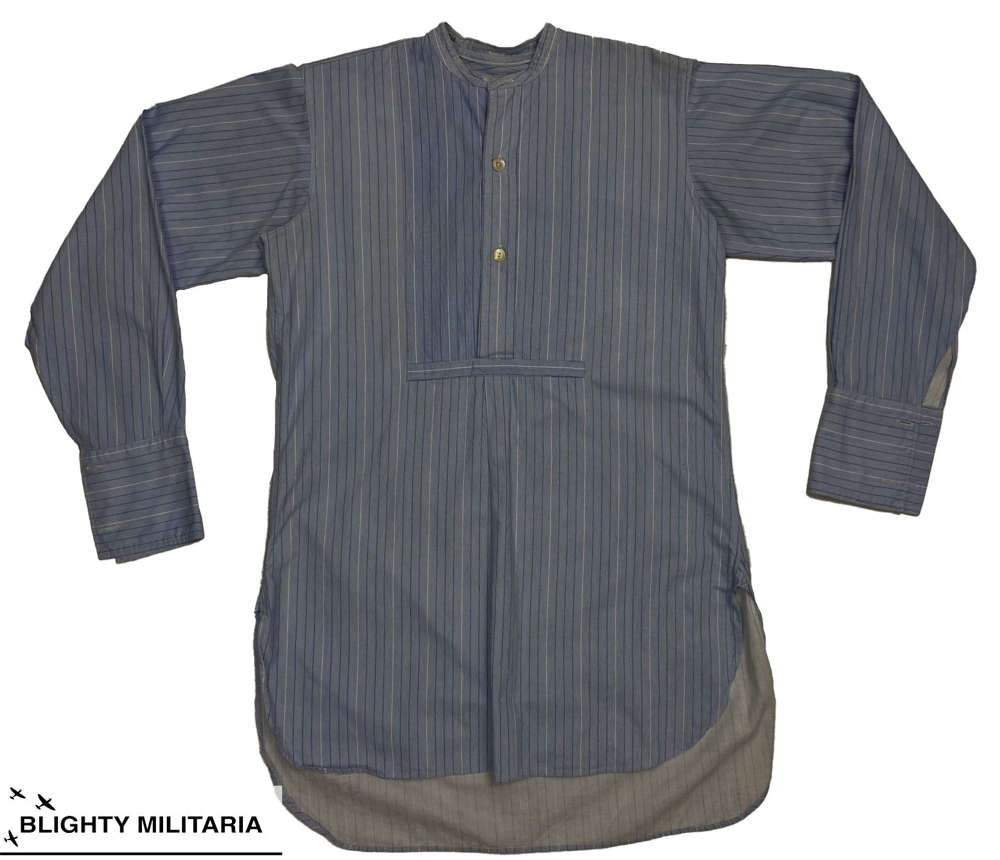 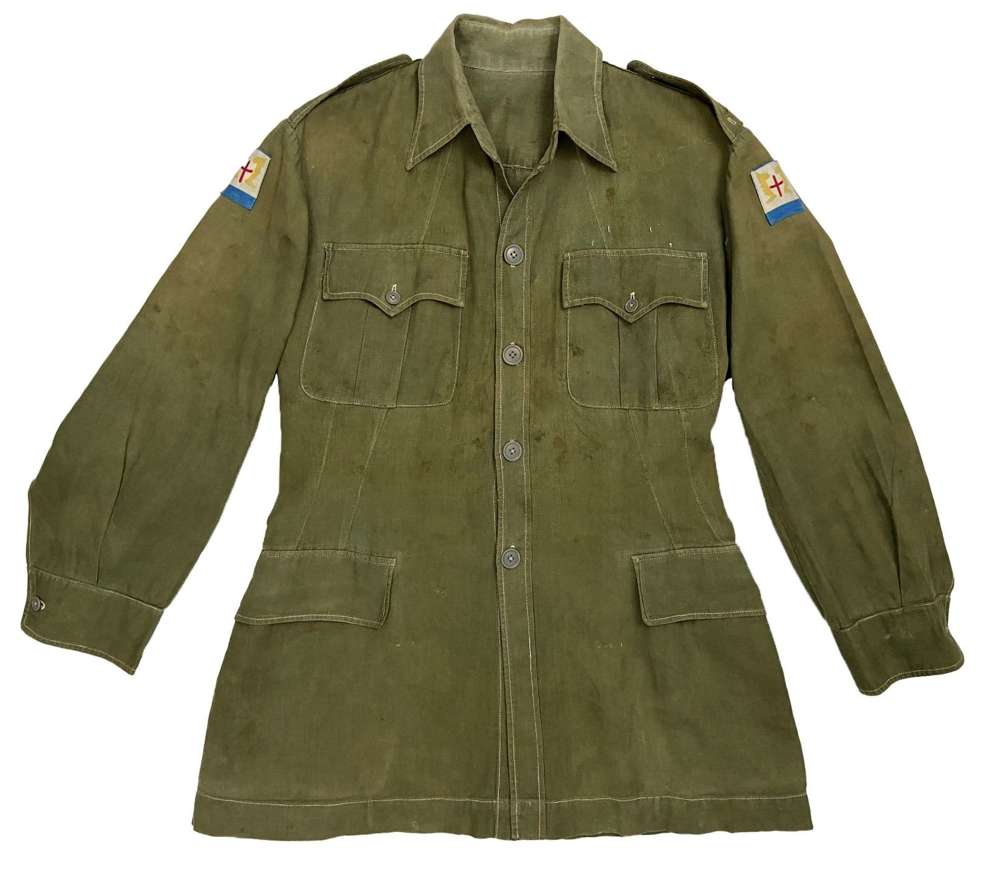 Arm Shield for the Ukranian Volunteers