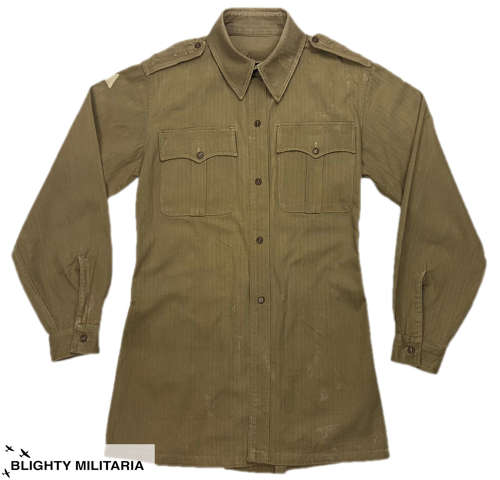 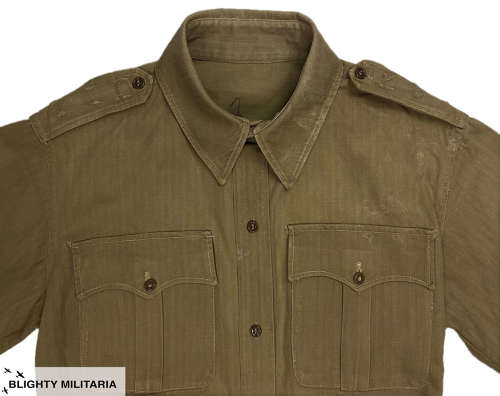 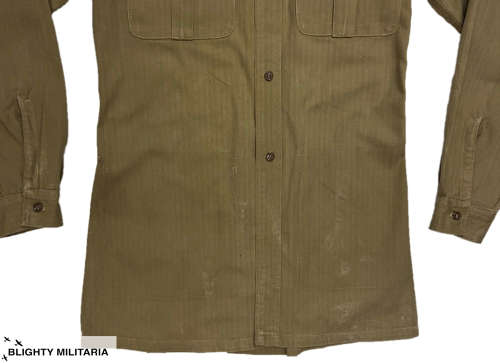 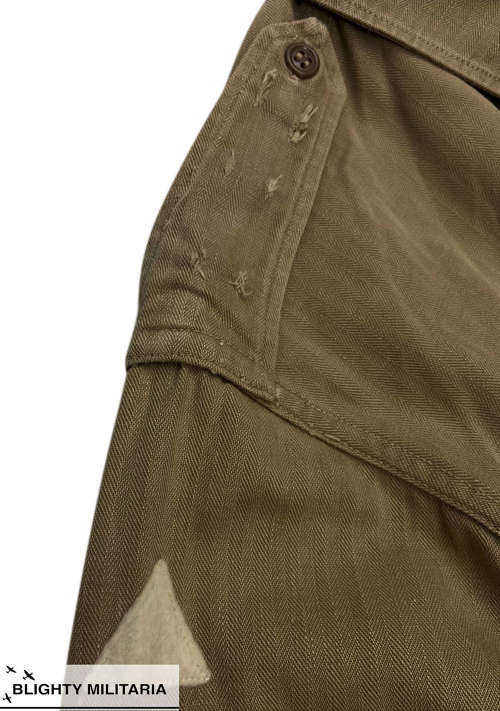 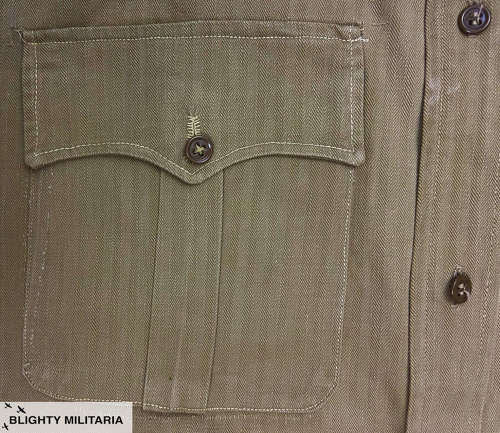 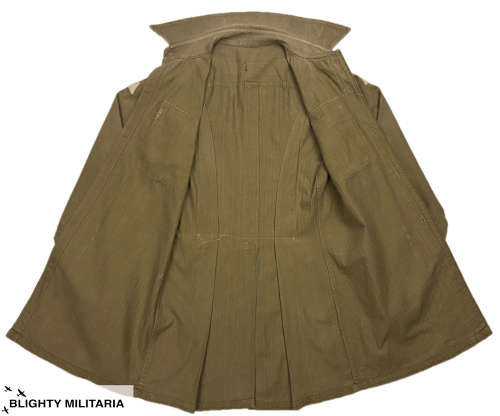 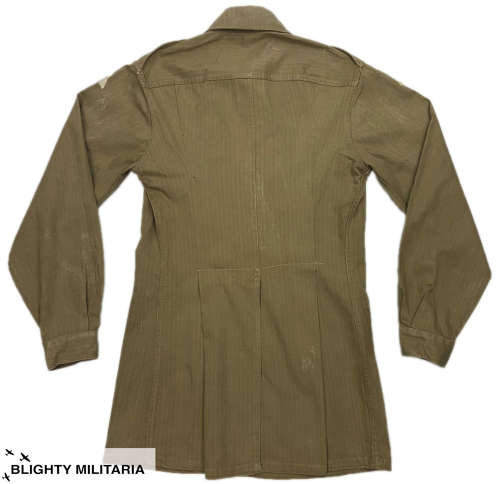 An original American made 'War Aid' pattern Khaki Drill shirt which belonged to Captain John Campbell Mantell M.B.E. who served with the 2nd Battalion of the Royal Warwickshire Regiment during the Second World War and in Palestine.

This shirt was made in the United States of America as part of the lend-lease scheme and are often referred to as 'War Aid'. Made from a high quality, khaki coloured herringbone cotton, the shirt features pleated breast pockets and a full button front. There is evidence of where the lower pockets have been removed from the skirt to allow the shirt to be worn tucked into shorts or trousers. The sleeves are fitted with First Division formation badges which are the wartime pattern rather than the post-war pattern which featured a red backing/border. There is evidence of where rank stars have been fitted to the epaulettes.

The shirt is in good condition for its age with some signs of wear and use. It displays well and is still wearable but please take time to study the pictures before purchasing and bear in mind that it is a vintage item which may have small issues commensurate with age.