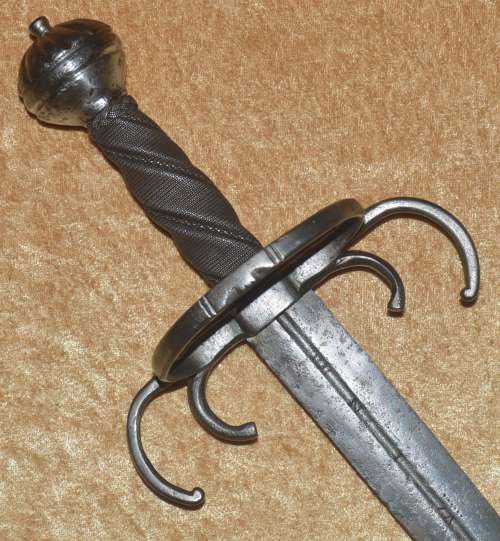 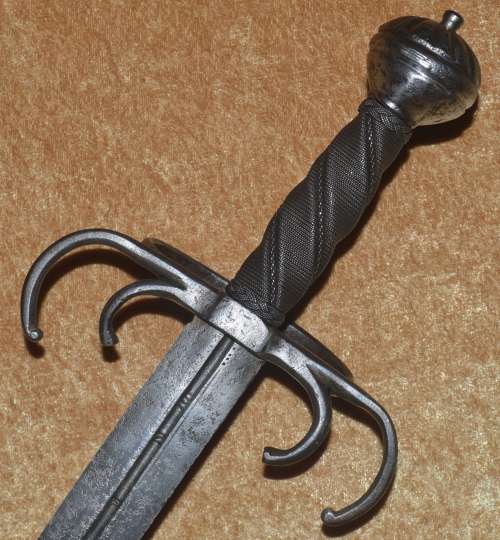 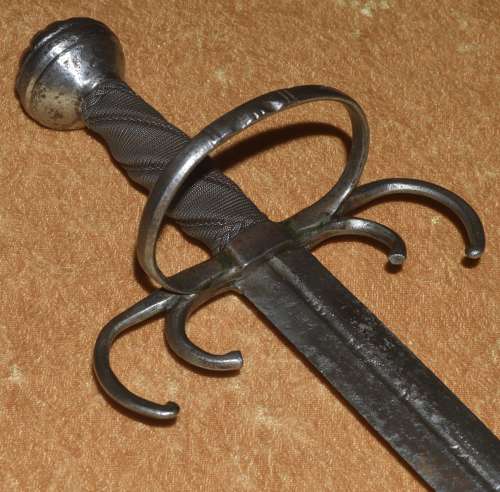 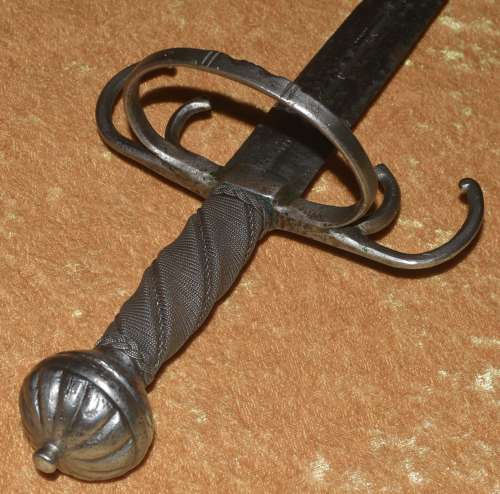 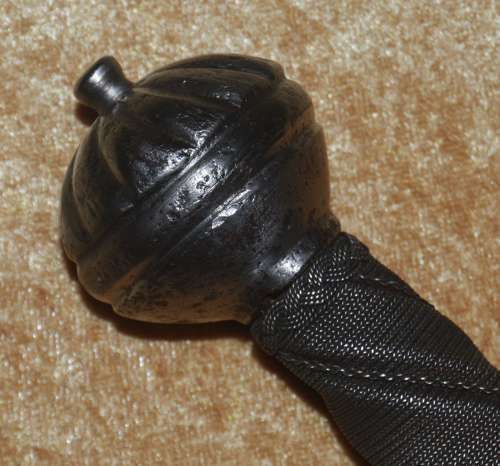 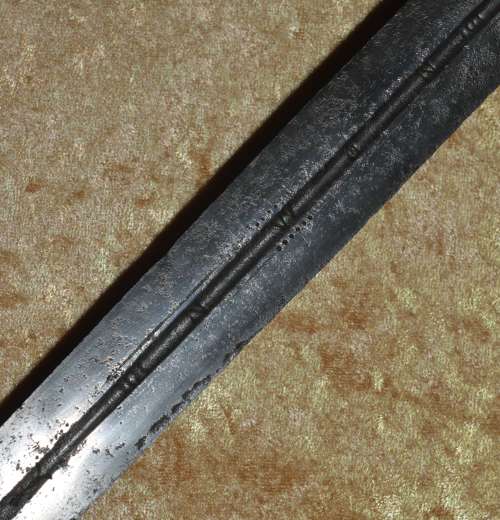 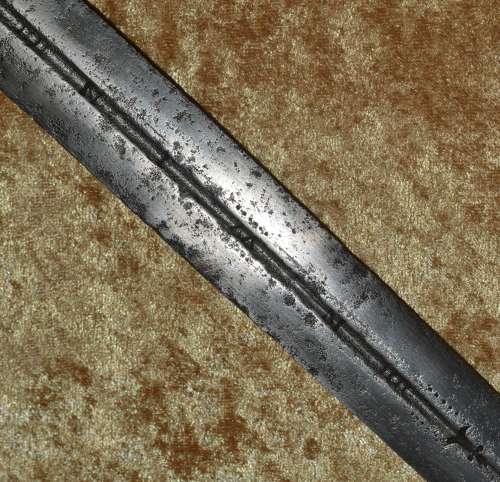 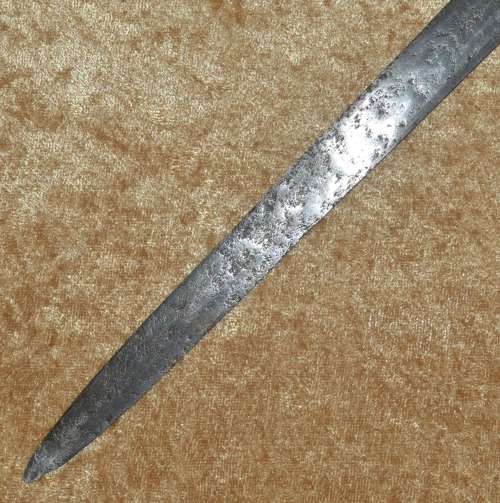 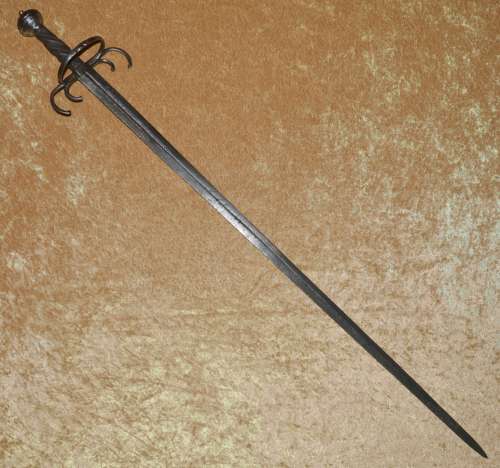 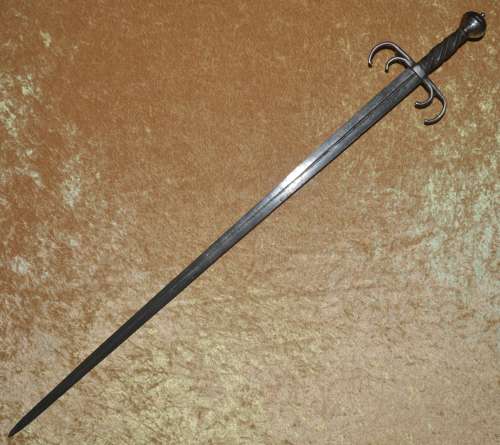 The “crab claw” rapier was a distinctly North Italian sword of the late 16th/early 17th
Century, so-called because of its double down-turned quillons resembling the claws of a
crab. This example features straight 33" double-edged blade of lens-section with long
central fuller incised with letters and a stamped anchor mark on both sides.  Iron hilt of
typical style formed of flat bars with distinctive double down-turned quillons and large side
ring.  Spherical pommel with recessed horizontal line through the middle and chiseled shell
motif on top with button.  Spiral grip with later twisted iron wire wrap and Turks heads.
Metal lightly pitted, heavier in spots on the blade.  Overall length 38".