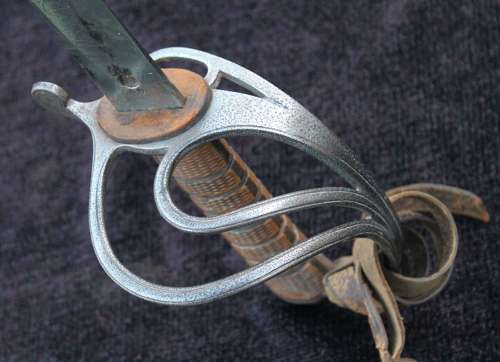 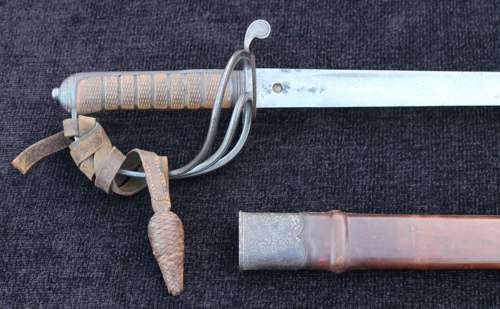 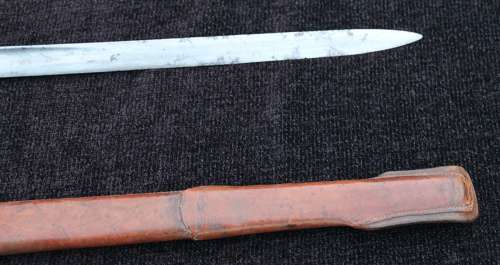 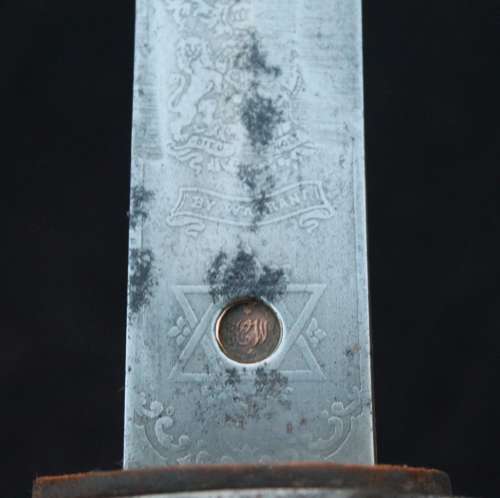 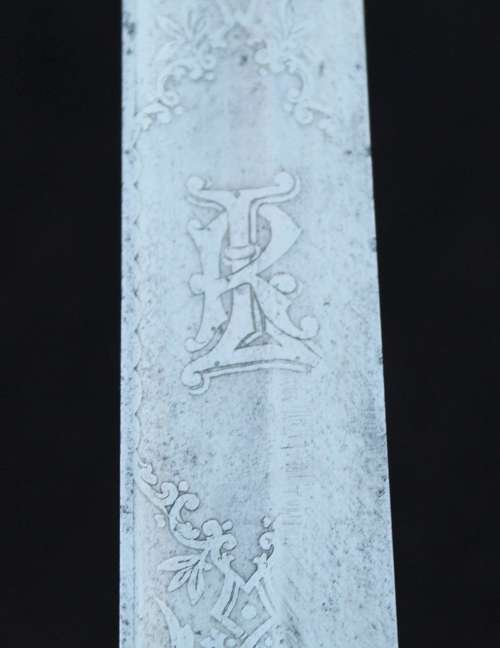 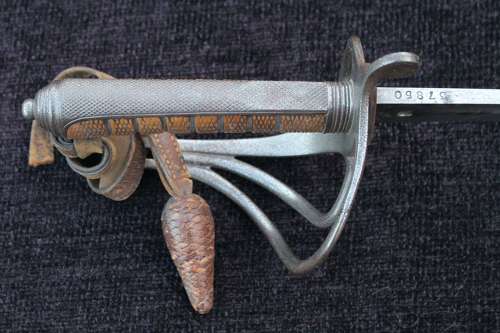 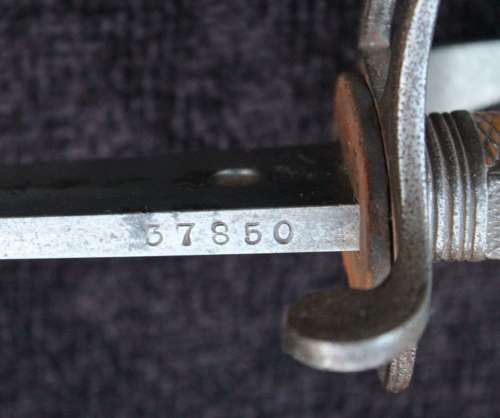 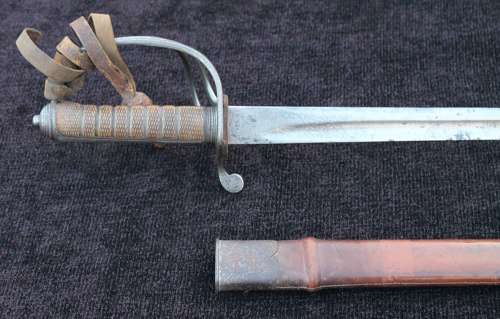 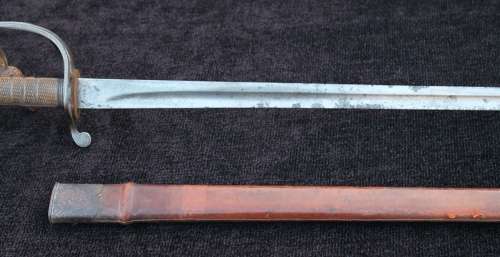 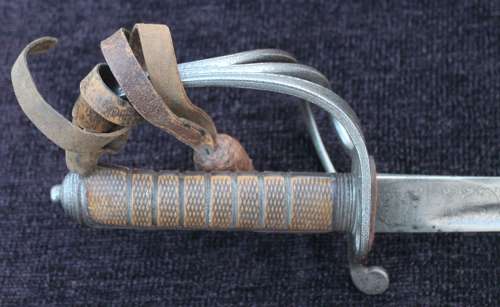 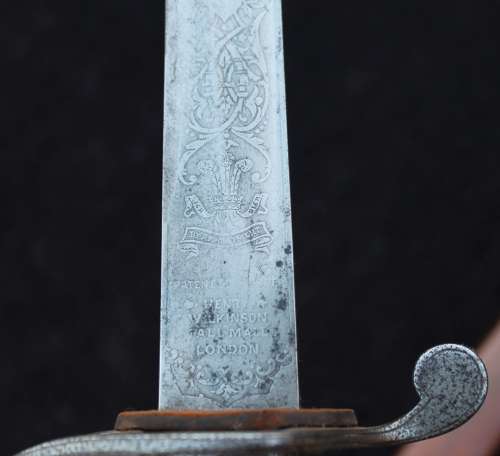 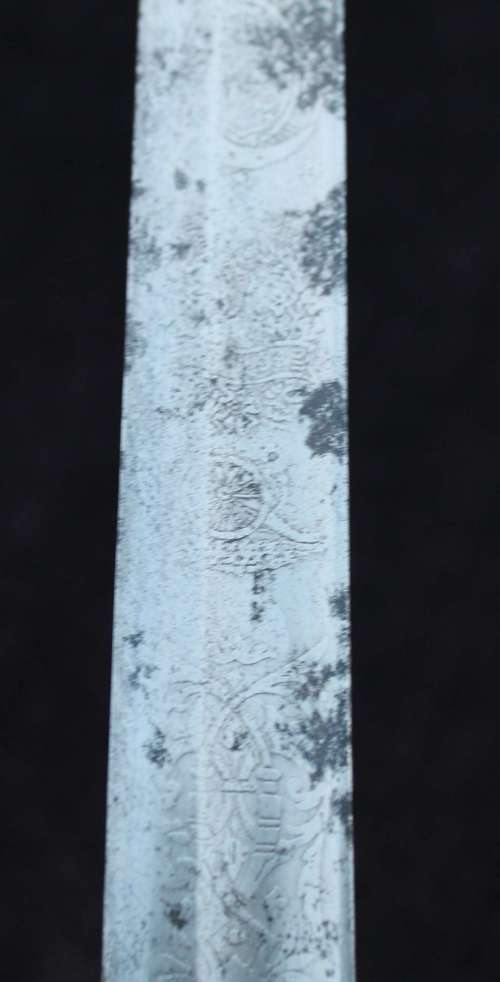 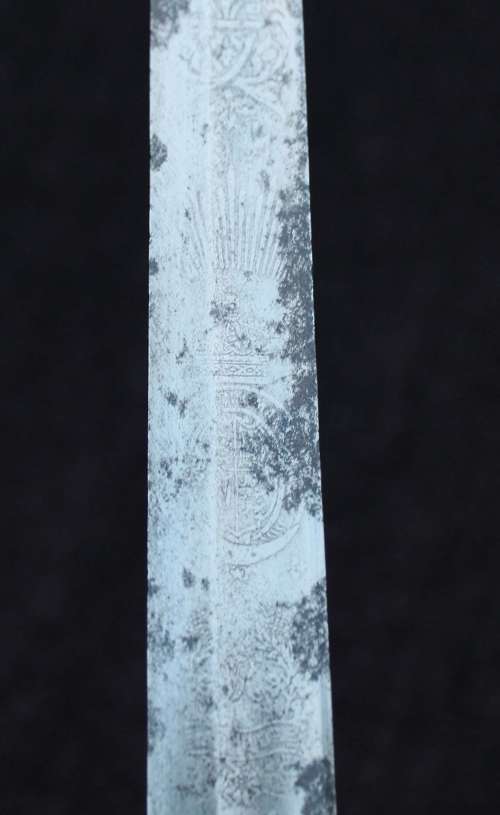 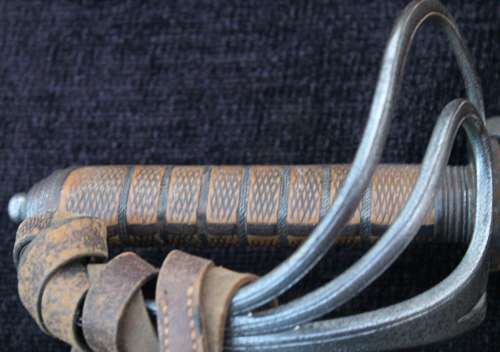 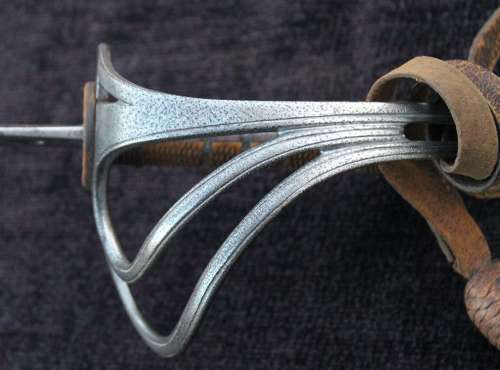 The sword of Lieutenant Colonel Ralph Longstaff D.S.O. of the Royal Field Artillery.

Ralph was born on the 1st of October 1878.  He was initially comissioned into the 3rd Battalion, the Sherwood Foresters as a Second Lieutenant on the 11th of January, 1900, before transferring into Royal Horse Artillery in May of the same year.

He retired to Long Stretton, Shropshire where he became a JP. He died in 1959.

He served in the South African War being awarded the Queens medal with five clasps, WW1, being mentioned in despatches, and awarded the french Legion of Honour. He was awarded the D.S.O. (London Gazette 14/1/1916 ) whilst attached to the Royal Flying Corps.

Further detailed research I shall leave to the new owner.

Three bar 1821 pattern hilt, with chequered backpiece and stepped pommel. The gutta percha patent solid grip bound with silver wire binding. The guard retains its original leather knot, although this could use some attention.

A substantial sword with a blade length of 35 inchess, which has been heavily service sharpened, with edge nicks and contact markings. Longstaff obviously expected to, and likely did use this sword, during the Boer War as a mounted officer with the Royal Horse Artillery.

The blade is decorated with foliate etching, the Royal Artillery feathered lighting bolts, the words "Royal Artillery" a field gun, and crowned VR cypher. The blade has even patina and wear for its entire length, with patches of old corrosion, staining and pitting. The number dates the sword to April 1900.

The leather field service scabbard has an iron mouthpiece with some rust, and the body of the scabbard has some scuffs and bumps, and is slightly buckled at the drag, but is a perfect fit and original to the sword.

Supplied with a digital copy of the Wilkinson Ledger page, confirming the original owner.