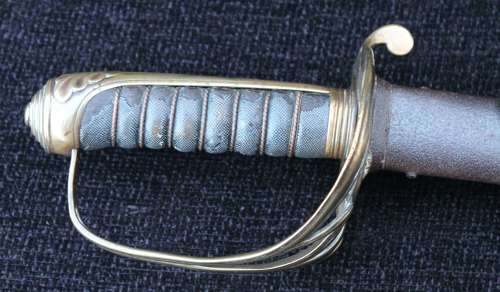 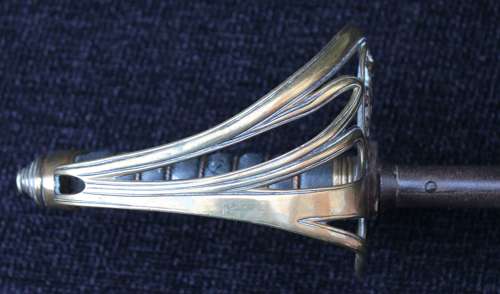 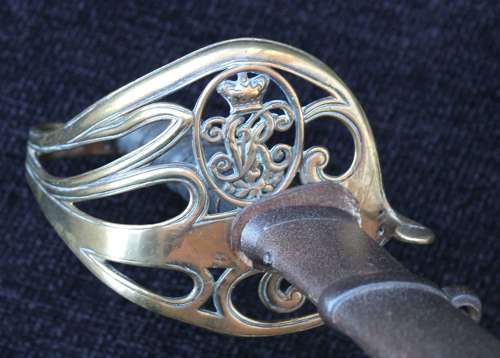 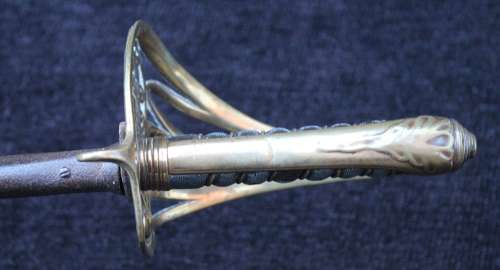 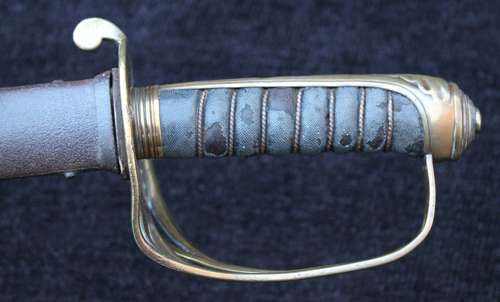 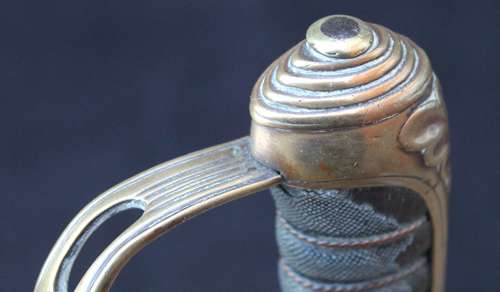 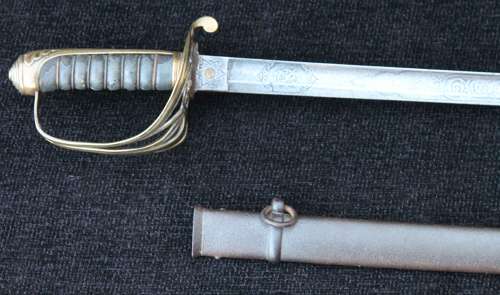 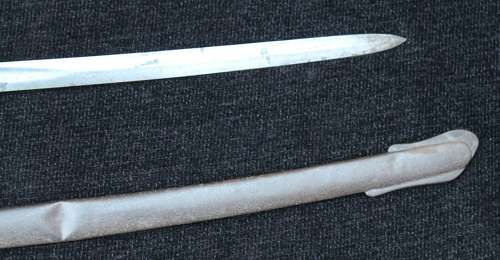 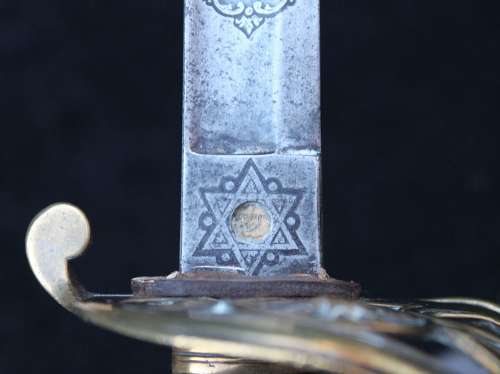 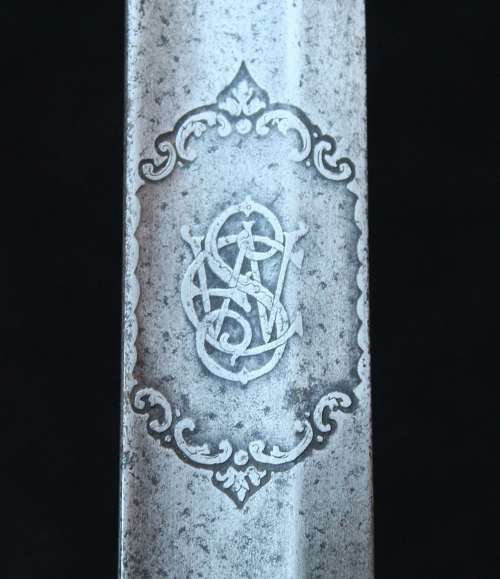 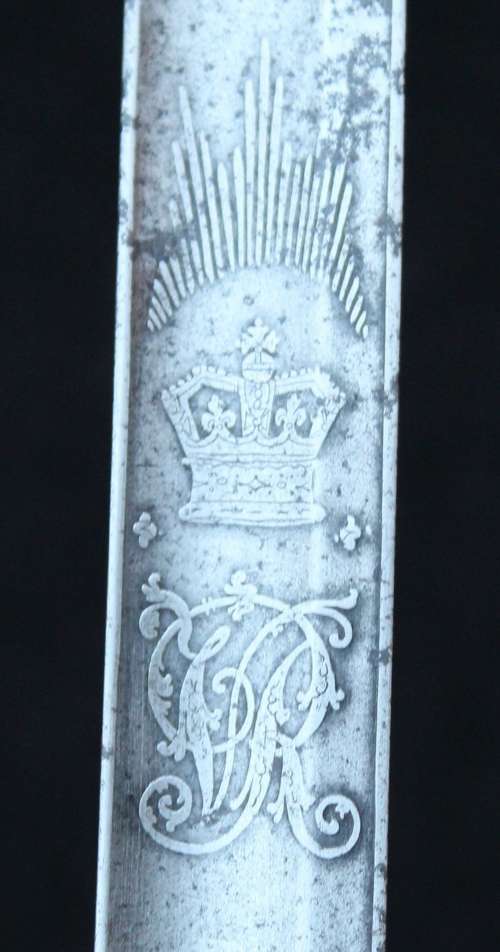 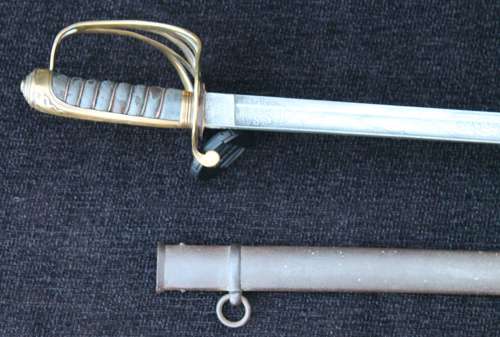 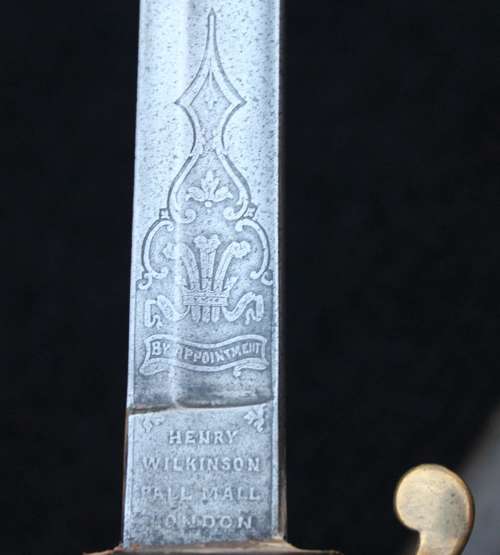 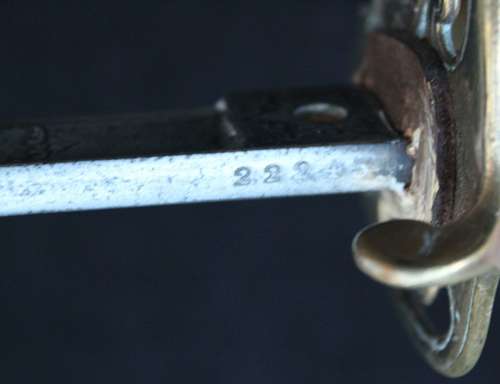 An interesting and unusual 1822/45 Pattern Infantry Officers Sword, by Wilkinson.

This example was sold to William Eden Sturges in March 1878.

Sturges joined the Northumberland Fusiliers as a Second Lieutenant on the 30th January 1878.

I have found him listed as a POW whilst serving with the 2nd Battalion Northumberland Fusiliers during the 2nd Anglo Boer War, and he is also shown as serving on the Staff in Italy during WW1, so he certainly had a long career, and it will be an interesting project for the new owner to fill in the blanks of his career!

The sword itself is interesting, as the proof ledger page records the sword as being a "regulation pattern long infantry" and the sword has an 35 inch blade. So we can deduce that either Colonel Sturges was a tall man, or expected to serve in a mounted infantry roll.

Regulation 1822 pattern infantry officers hilt with VR cypher within a cartouche, some deforamation, and one or two dings, but generally very good. Losses to the shagreen grip, which is bound with twistwire. The blade is tight in the hilt.

The 35 inch blade of 1845 single fullered pattern. Maker marked by "Wilkinson Sword, Pall Mall, London" to one ricasso, with thier proff marking to the other. The owners initials within a cartouch to the right hand side, along with the usual floral etching with crowned VR cypher. The blade clean and bright, with some areas of pitting, staining, and light nicks to the cutting edge.

Housed in its original steel dress scabbard with twin hanging rings. Even stable pitting for its entire length, with some dings, dents and creases, but good stable condition overall, and the sword is a very good fit, sheathing and unsheathing well.

Supplied with a digital copy of the Wilkinson Ledger page, confirming the original owner.

By no means a mint condition sword, but a very interesting variation, and with the bonus of an interesting research project thrown in.