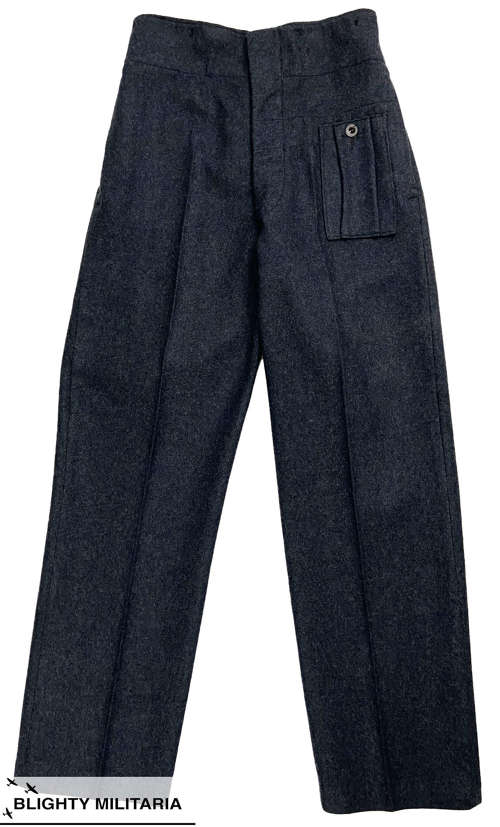 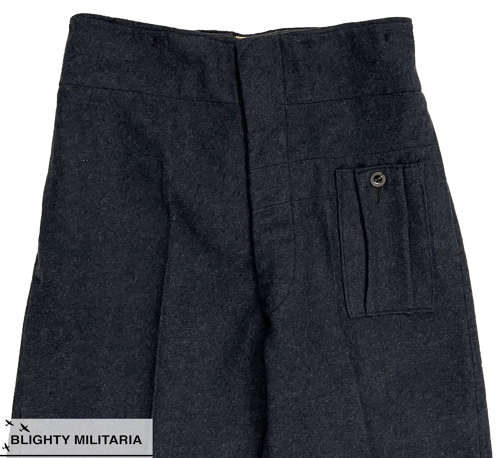 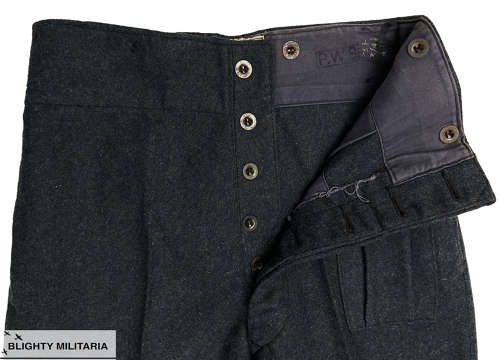 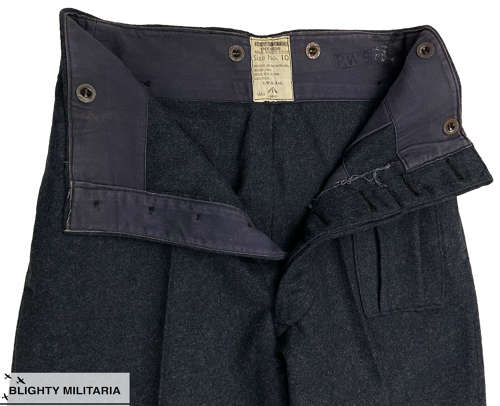 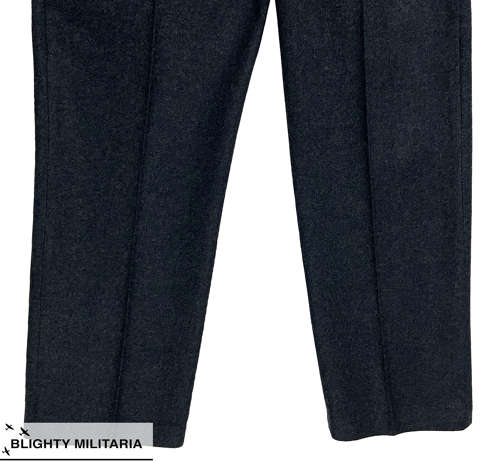 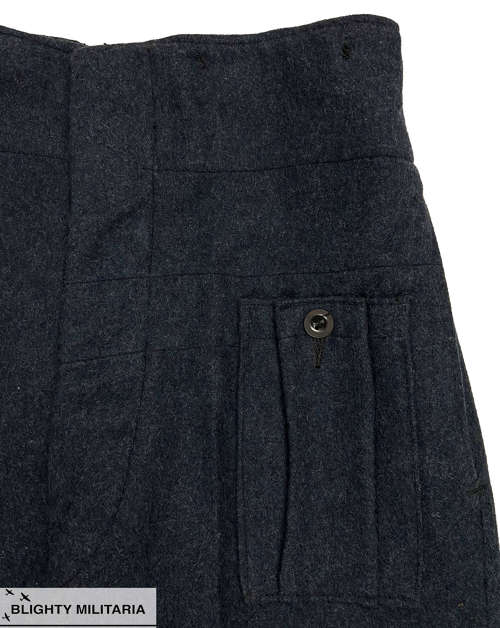 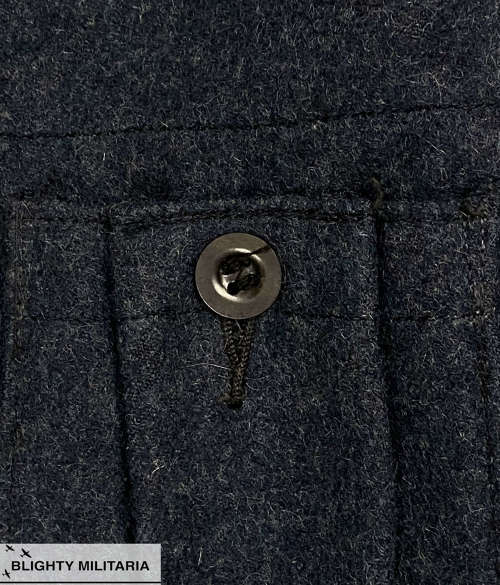 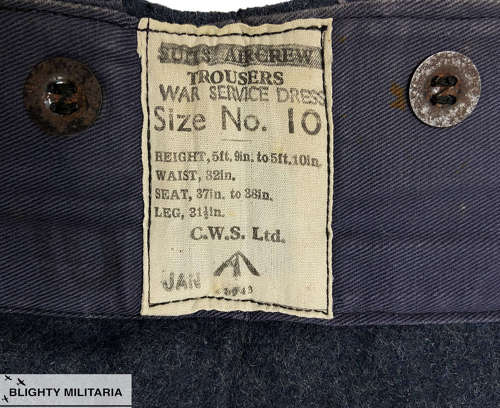 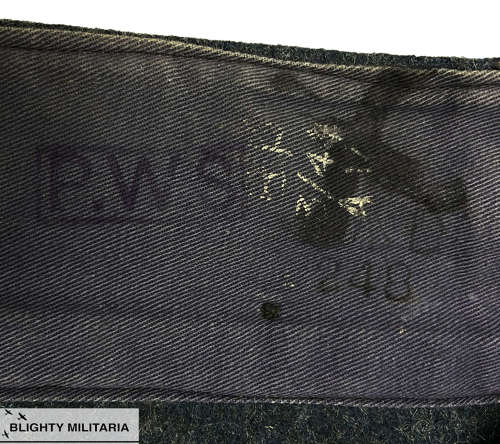 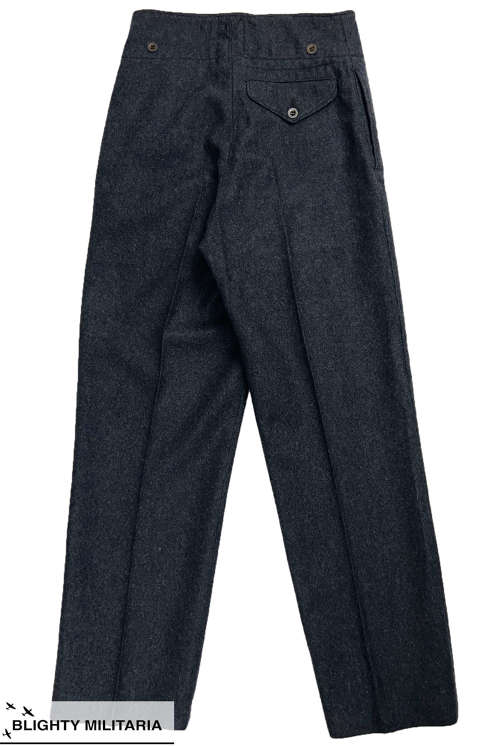 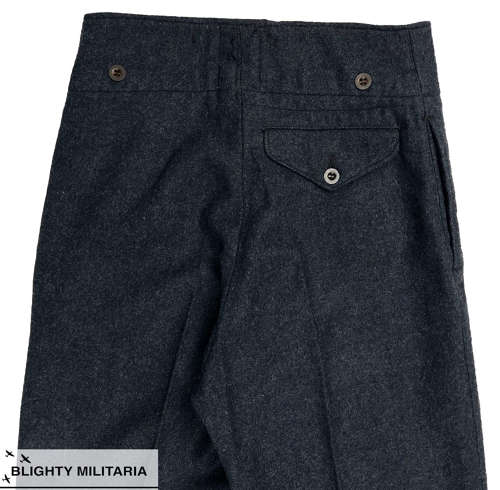 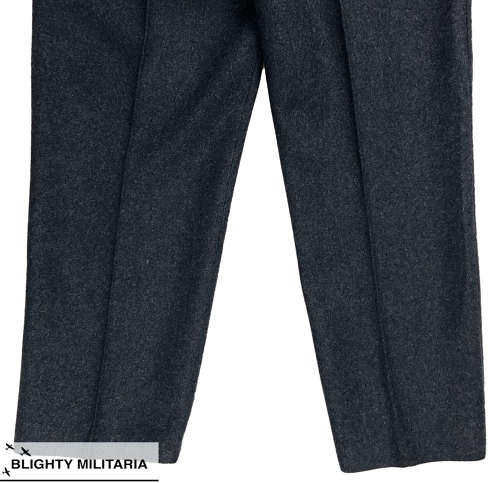 This pattern of trousers replaced the earlier 'Suits, Aircrew' (introduced in 1940) and was the standard working dress for all members of the RAF from 1942 until 1947 when the 'New Pattern' uniforms was introduced. These are an early manufactured example and still feature the earlier designation of 'Suits Aircrew Trousers' to the label which has been over-stamped with the words 'War Service Dress'.

The trousers are made from RAF blue coloured wool serge and feature one rear buttoning pocket, a slash pocket to each hip and a first field dress pocket to the front left of the trousers. They also feature a button fly and have buttons around the inside of the waistband to which braces can be attached, all of which are the stamped zinc type used on some British military clothing in 1943.

Inside the trousers the original label is still present and states the size as 10 which will fit up to 5'10" tall, up to a 32" waist. The maker's initials of 'C.W.S Ltd' is present which denotes the Co-operative Worker's Society (better known today as the Co-Op) as the manufacturer. The War Department broad arrow marking and the 1943 date are also present along with the month of January. As well as this there is an anti-vesicant stamp with the date of 1944 which has been stuck out. There is also a Part Worn Serviceable stamp to the interior which reads 'P.W.S'.

The overall condition of the trousers is excellent as can be seen in the pictures. They are in very clean condition and are not washed or faded out. There are no signs of serious wear and they look to be unissued. The zinc buttons have some signs of corrosion and rust but aside from that the trousers are excellent. Please take time to study the pictures and bear in mind that they are a vintage, pre-worn item which may have small flaws commensurate with age.

Overall a very nice pair of original wartime pattern trousers in excellent condition and with a bright, clear label.