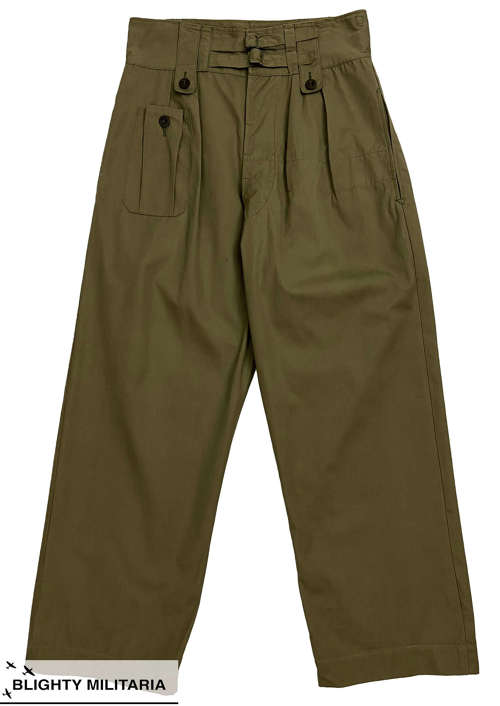 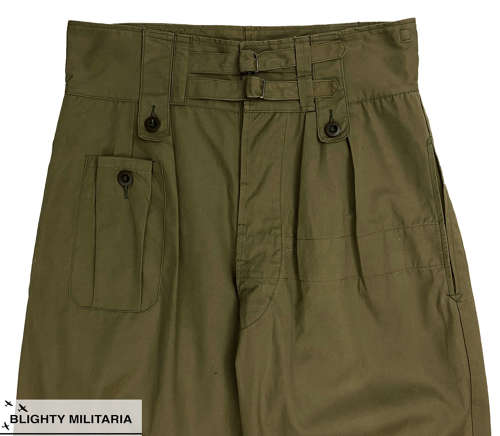 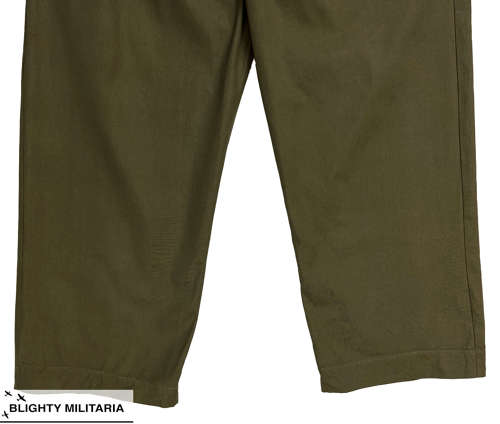 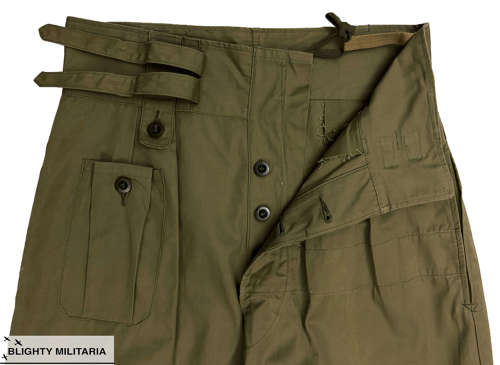 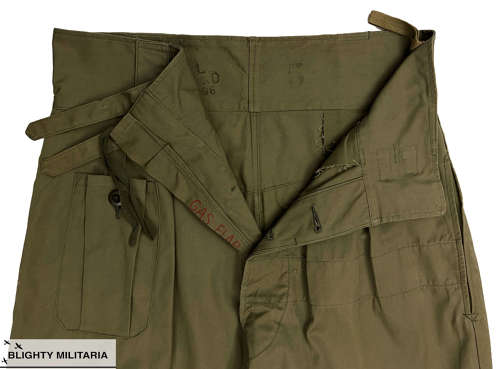 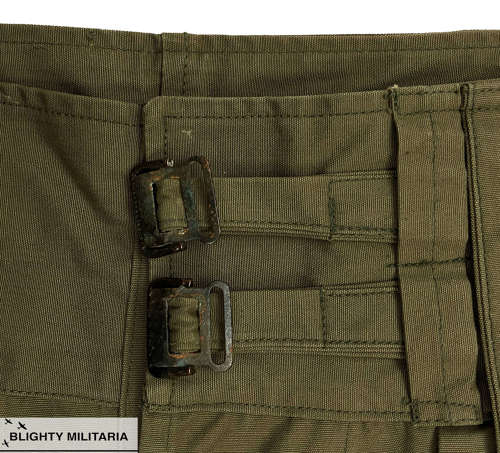 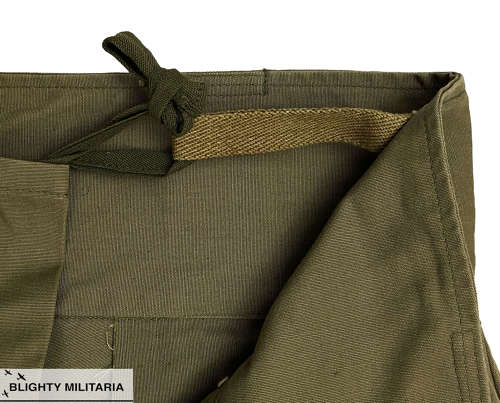 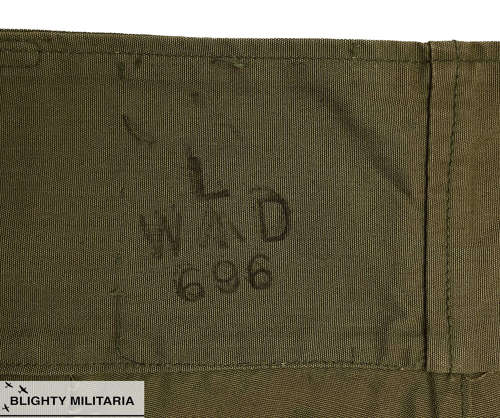 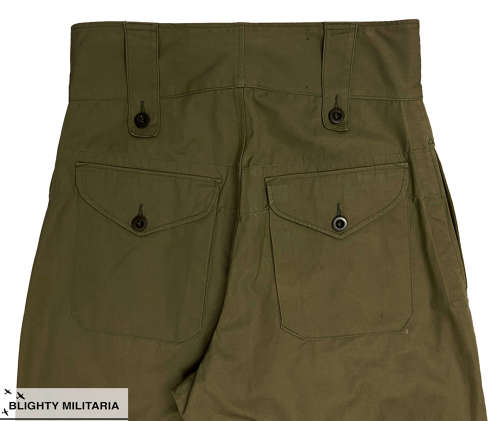 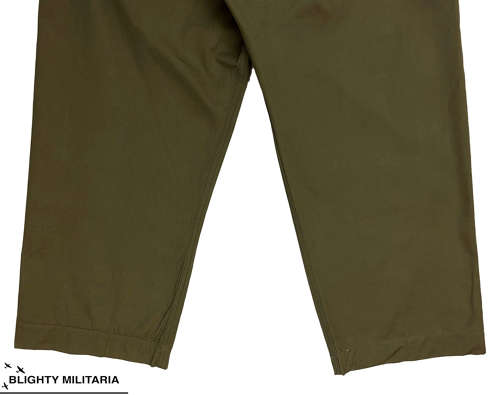 A scarce original pair of British Army 1944 Pattern Jungle Trousers dating from either 1945 or 1946 and made in the rare light green coloured poplin.

This pattern of uniform was introduced in early 1945 for issue in the jungle. It was part of a whole new uniform which was based on the recommendations of the Lethbridge Mission which toured the Far East in late 1943 and early 1944. The design has some of the classic British Military features from this period as well as some interesting new additions.

The trousers are made from a poplin cotton which is well suited to hot climates. These were produced in a more common darker shade as well as this lighter shade. In keeping with the period they are cut with a wide leg and a high rise waist and the fly fastens with buttons. The waist fastens with two double straps which have jungle pattern metal fasteners as well as a loop and two cords which fasten behind these inside the waistband. The front of the trousers features a First Field Dressing pocket to the right hip and there is evidence of where a map pocket was fitted to the other leg. The rear of the trousers features two pockets which fasten with buttons.

There is evidence to the rear of the trousers of where the original issue label was fitted although this has been removed. Inside the trousers the War Department acceptance stamp is still present and is surmounted with the letter 'L' which denotes either 1945 or 1946 as the year of manufacture. There is also a size stamp of '5'.

The trousers are in excellent condition and look to be unworn. The material still has a lovely sheen to it like they have just left the factory. They are a vintage item however so may have small flaws commensurate with age.

A very rare pair of British military trousers from the 1940s in fantastic condition.