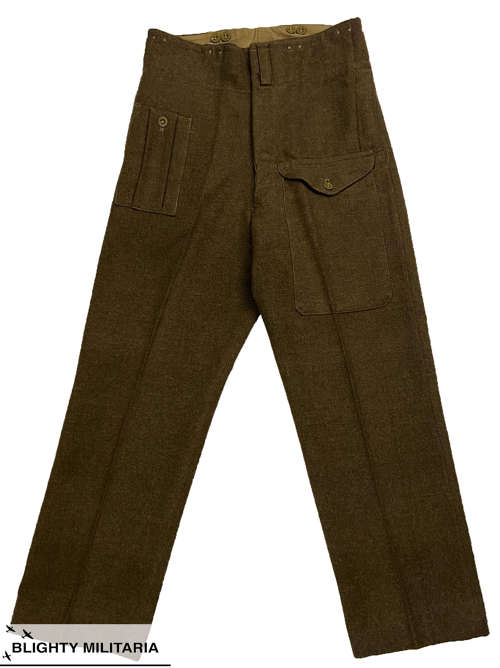 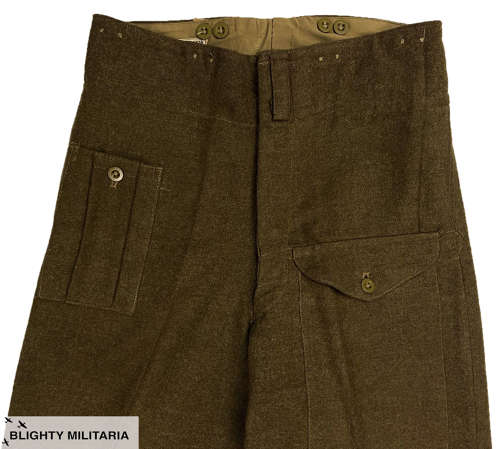 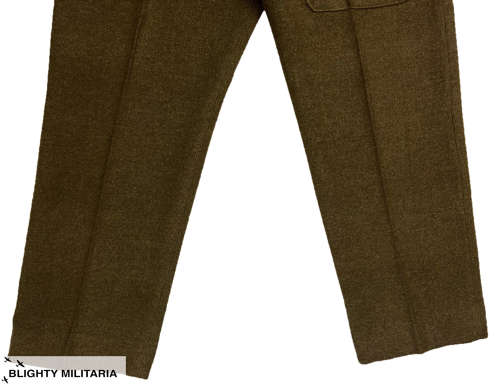 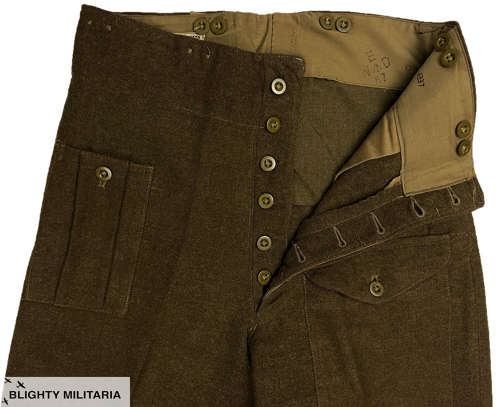 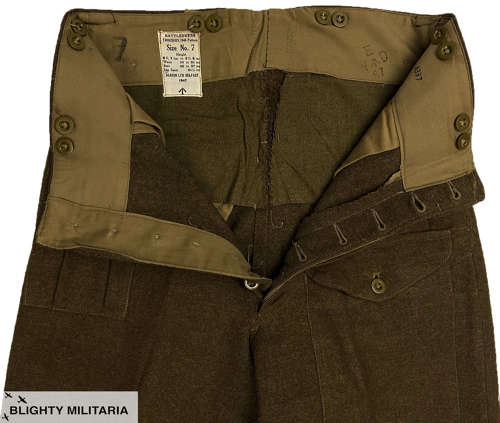 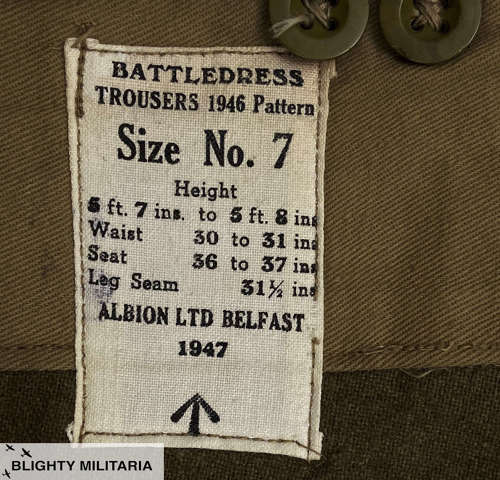 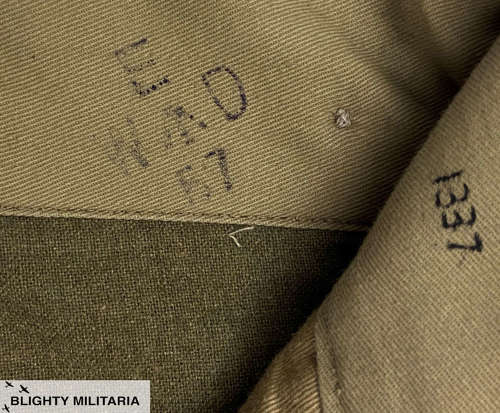 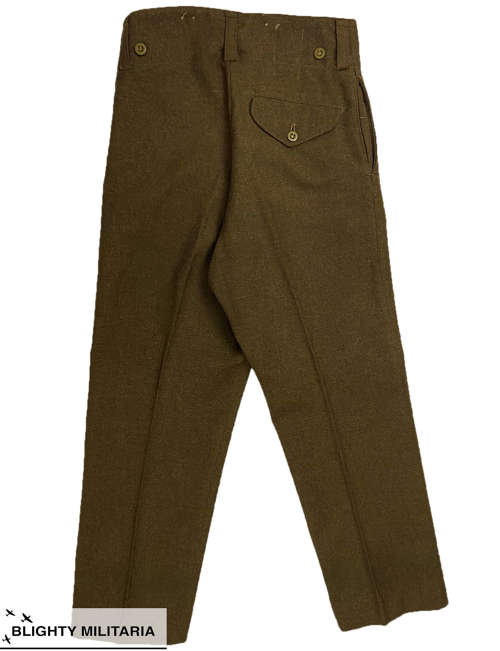 An original pair of British Army 1946 Pattern Battledress trousers dated 1947 and in a size 7.

These trousers came into issue in 1946 replacing the 1940 (austerity) pattern trousers, although the pattern was hardly changed. The only real difference is that inside the waistband there are twice as many brace buttons as in the 1940 pattern! Due to this being the only change they easily pass as wartime examples when worn or fitted to a mannequin.

The trousers look the same as wartime austerity pattern trousers from the outside featuring a large map pocket to the left thigh, First Field Dressing pocket and rear pocket - all with exposed buttons. There are also two buttons to the rear which attach the blouse to the trousers. All the buttons are the green coloured vegetable ivory (plastic) plastic type used during the Second World War. The original owner has added belt loops around the waist which are a nice period addition but could easily be removed.

Inside the trousers the original label is still present and states the size as No. 7. The manufacturer's name of 'Albion Ltd Belfast' is present as is the War Department broad arrow marking. The date although this is also marked as 1947. As well as this the War Department acceptance stamp is also present and surmounted by the letter 'E' which denotes 1947 as the year of issue.

The trousers are in very good condition as can be seen from the photographs and display well. There are only very limited signs of wear and use and overall they are still very fresh and clean. Please study the pictures before purchasing as they are a vintage pre-worn pair of trousers which may have small flaws commensurate with age.

These trousers are ideal to fill a gap in a ww2 collection or for a re-enactor as they are identical to wartime pattern trousers from the outside.