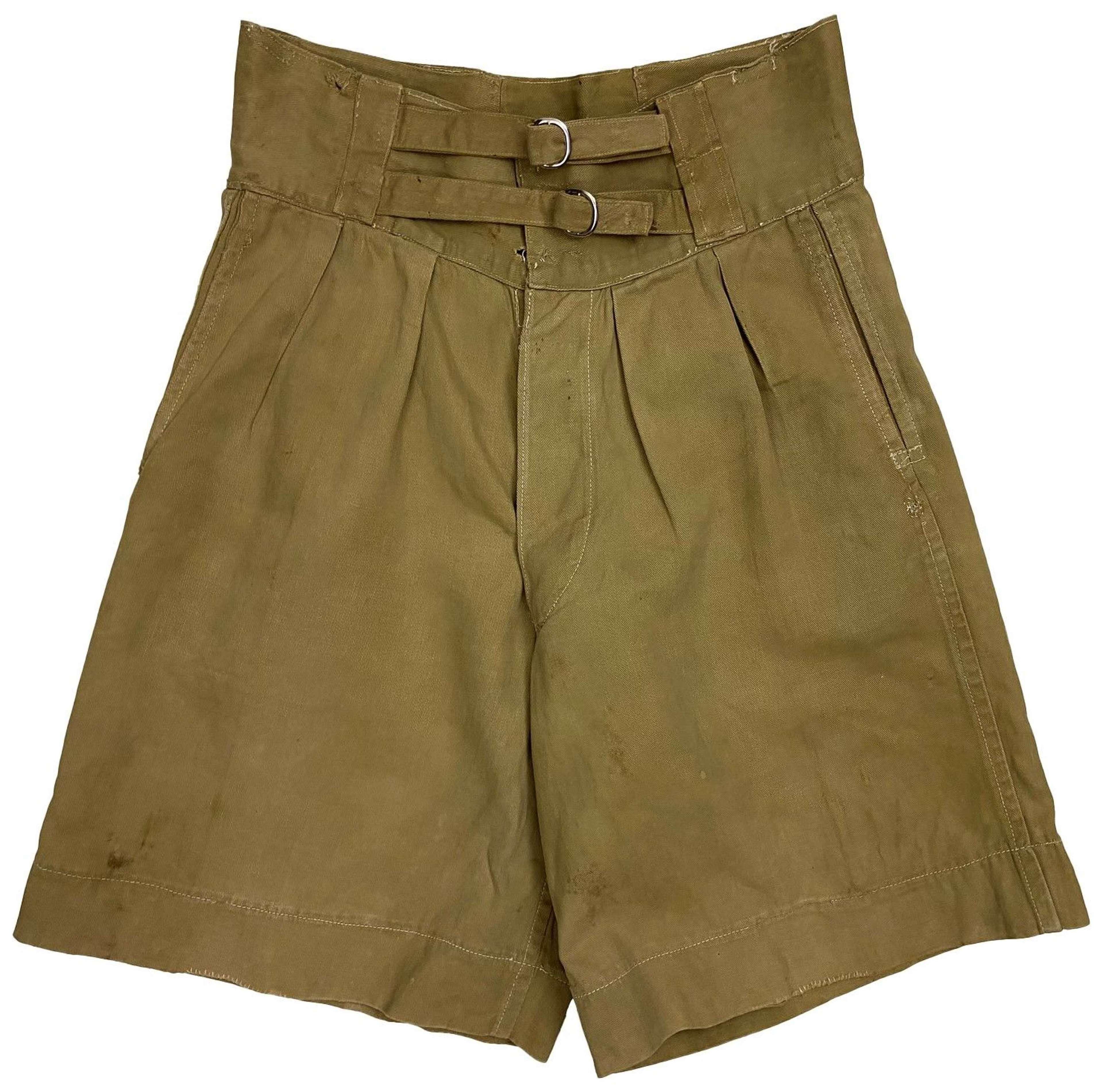 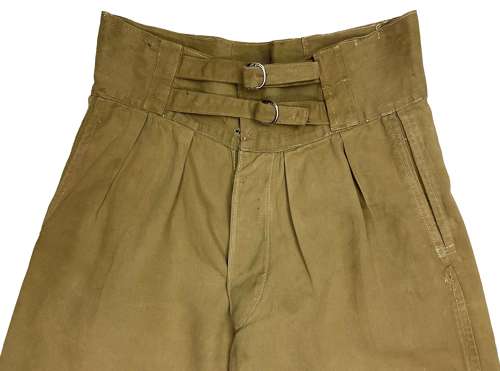 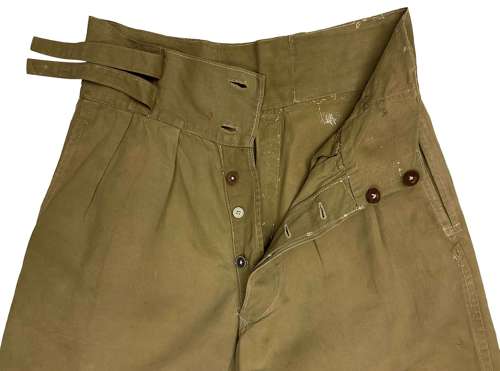 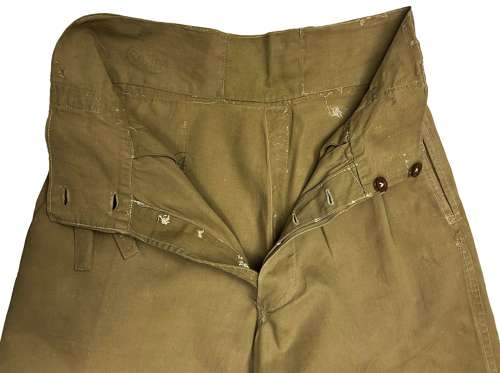 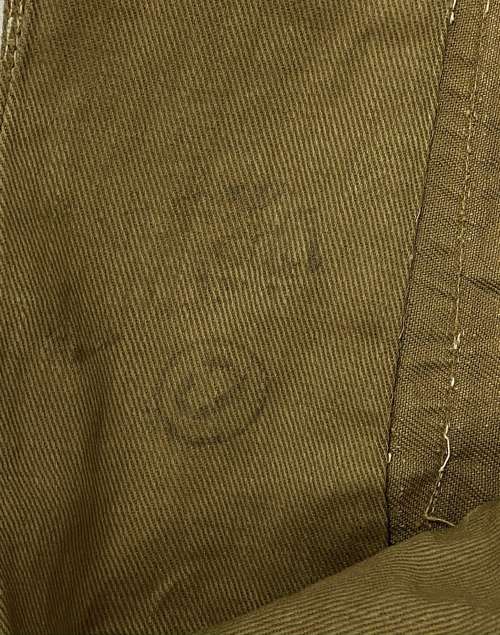 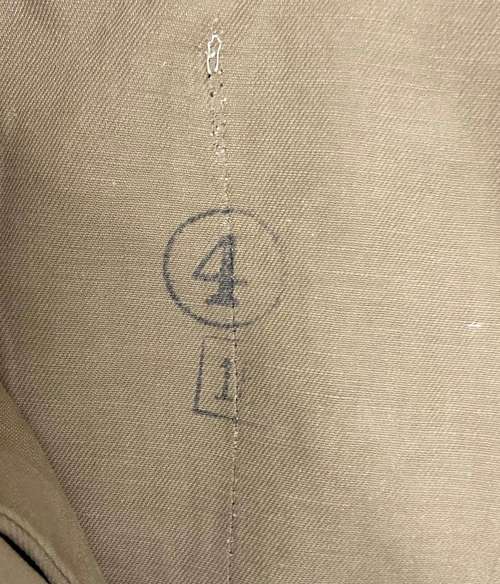 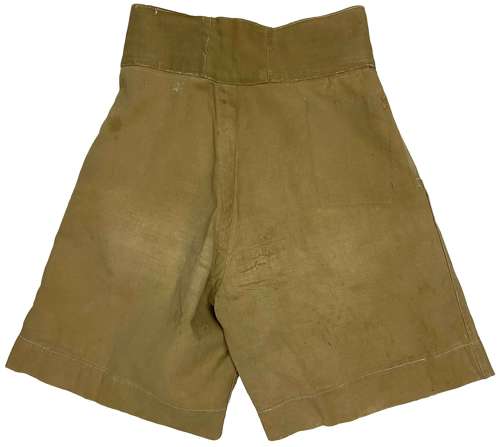 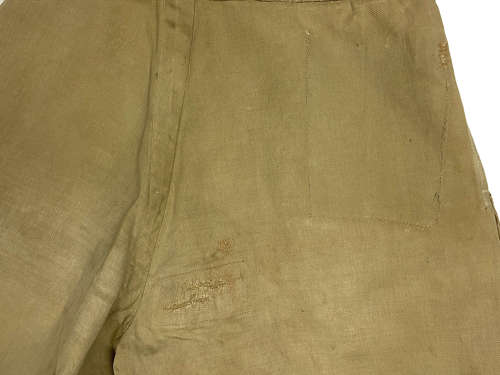 An original pair of Indian made 1941 Pattern Khaki Drill Shorts dating from the Second World War.

This particular pair of shorts are typical of wartime Indian made shorts featuring a double pleated front and rear, straight slash pockets and the double buckle waist belts that are synonymous with this pattern. There is evidence to the rear where the first field dressing pocket was originally although it has been removed.

The shorts retain all of their original Indian made fly buttons which feature two ridges. These are often missing on shorts offered on the market today.

Inside the shorts a plethora of stamps can be found, most of which are typically found on Indian made KD items.. There is a circular size stamp which reads '4' and denotes the size and another stamp with the date which is faint but appears to read 1941.

The shorts are in very good condition for their age and display well. There are various signs of age and wear as can be seen in the pictures. There is some staining and some period repairs to the seat. Please study the pictures and bear in mind that these are a pair of pre-worn vintage shorts which are over 75 years old.

All in all a good pair of wartime shorts. 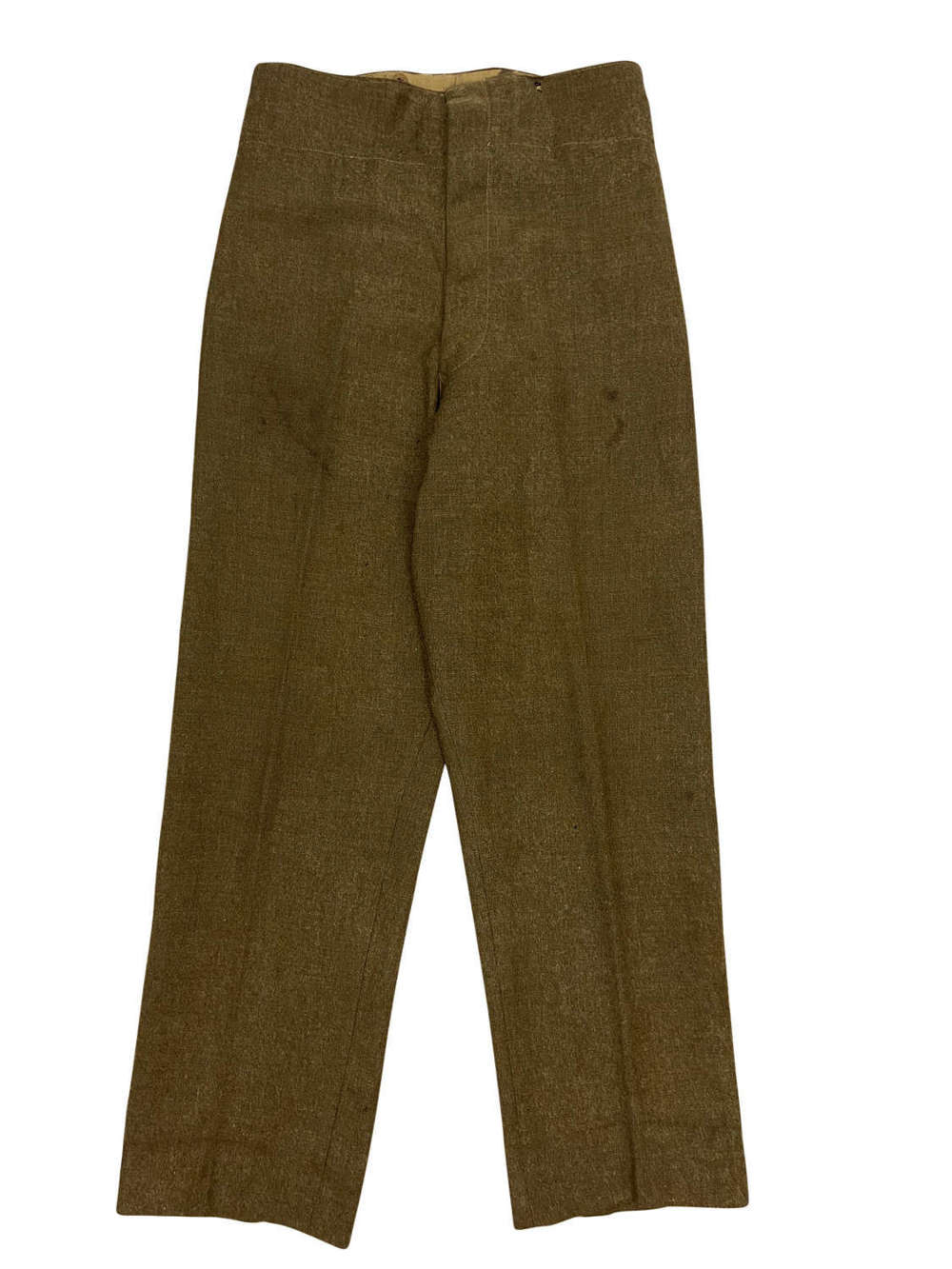 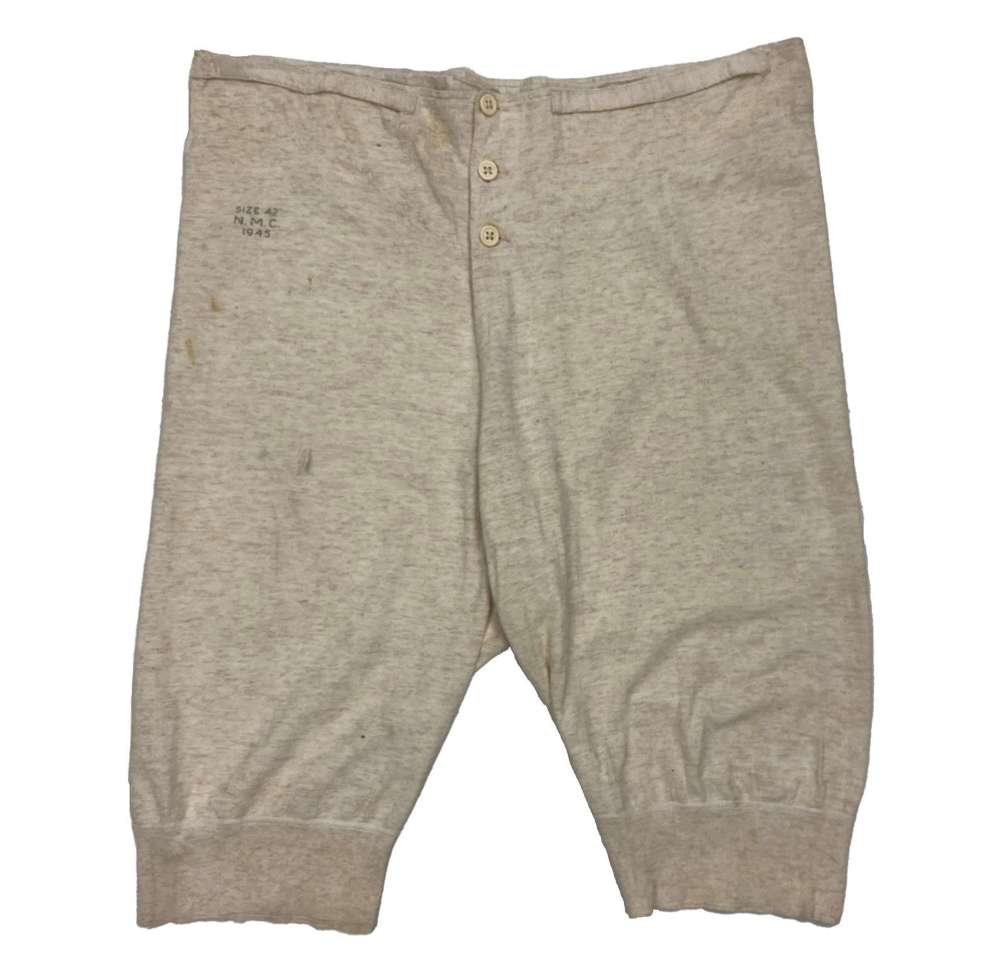 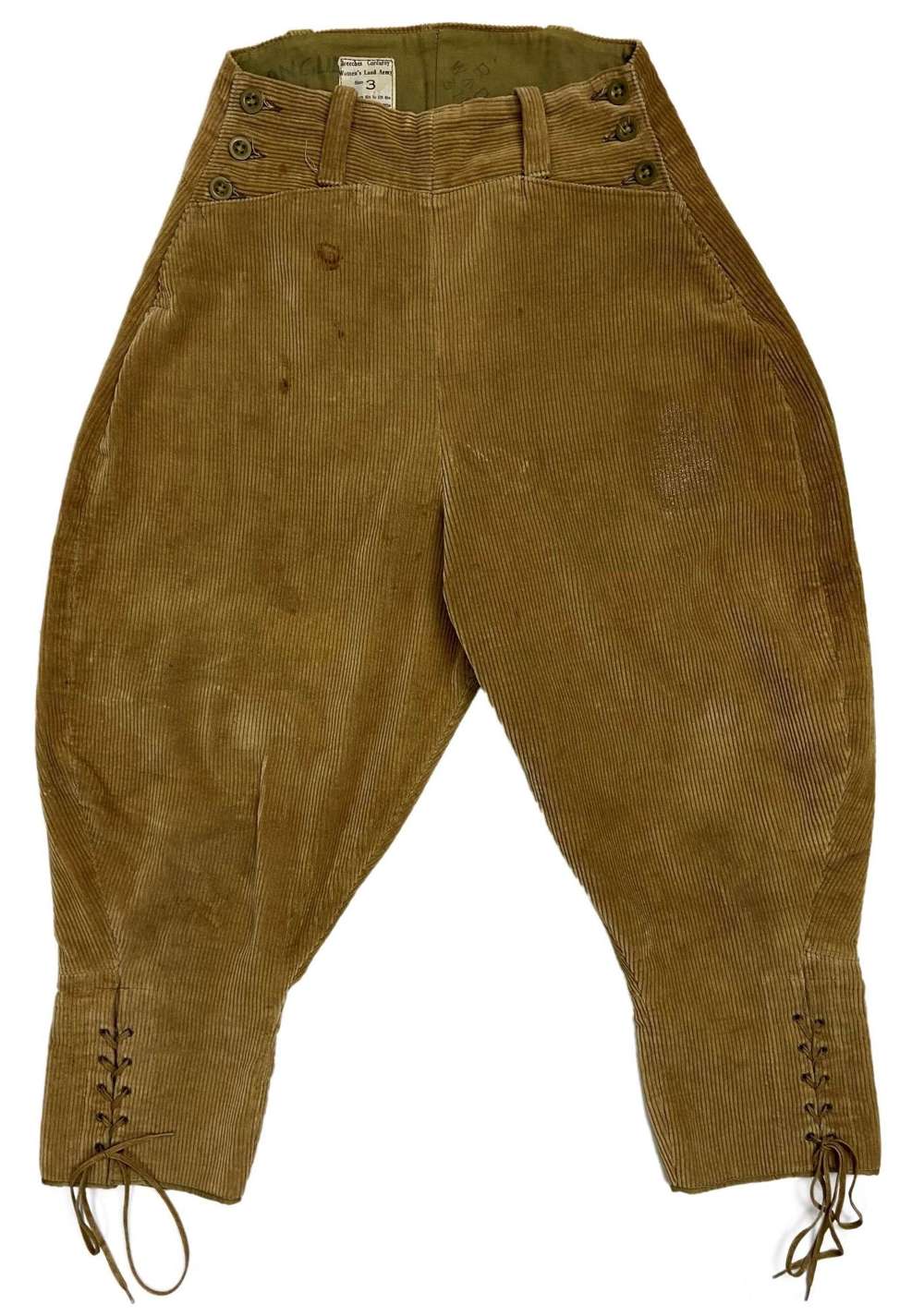 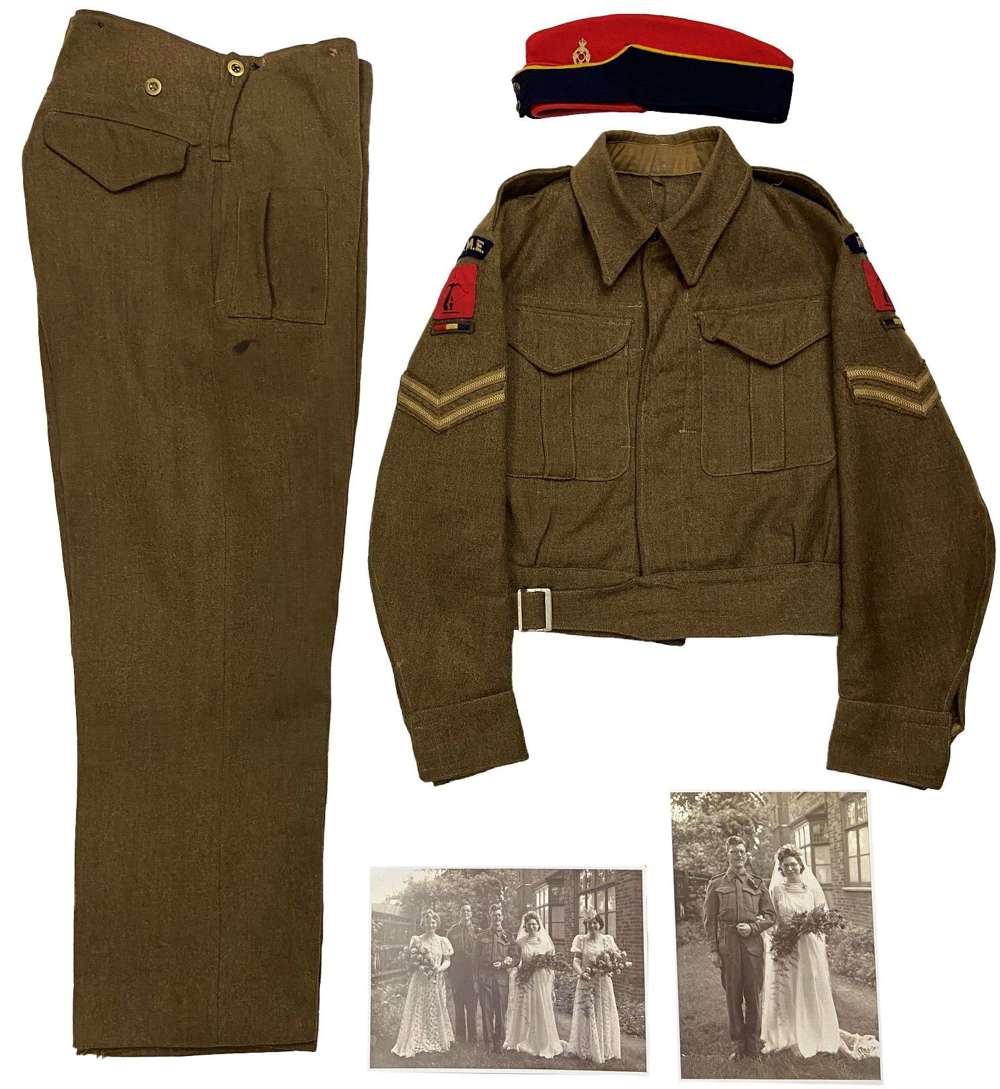