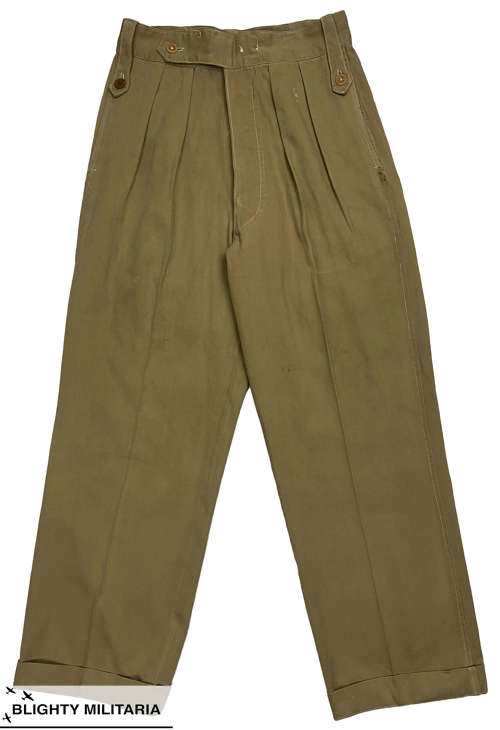 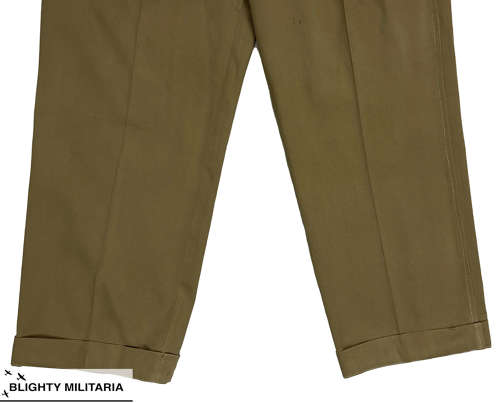 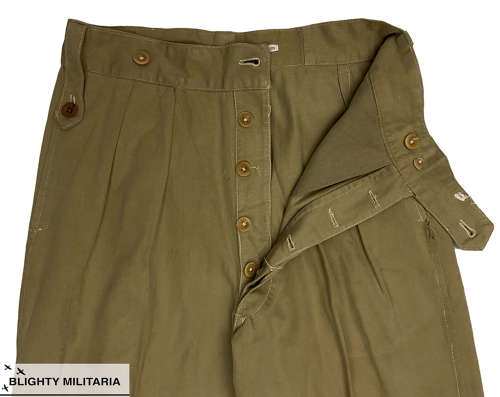 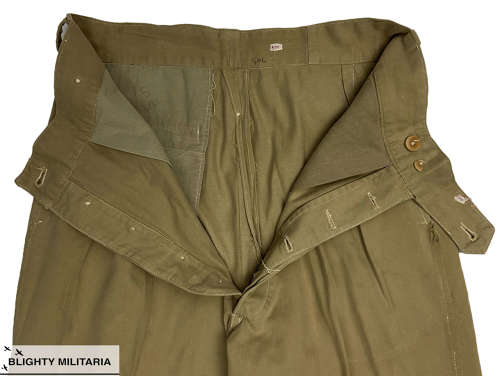 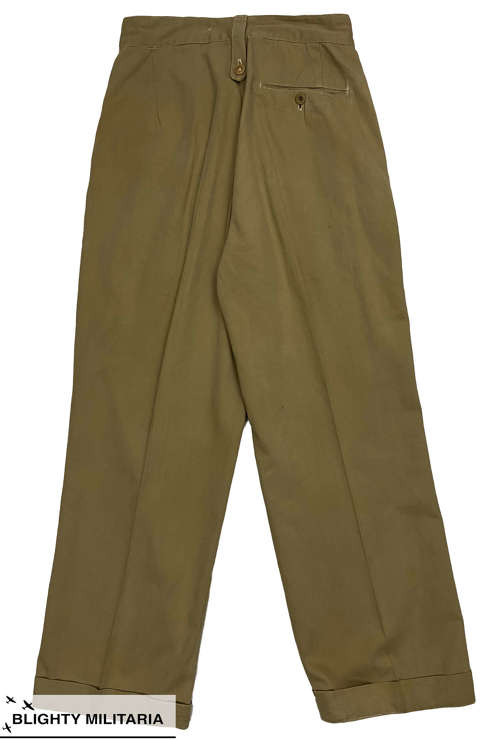 An original pair of British Army officer's Khaki Drill Trousers which belonged to Captain John Campbell Mantell M.B.E. who served with the 2nd Battalion of the Royal Warwickshire Regiment during the Second World War and in Palestine.

Like a lot of KD items, these trousers are theatre made as is evident by the type of buttons and inconsistent stitching.  They are cut in a typical 1940s fashion with a high rise waist and wide leg. The front features twin pleats and straight slash pockets at the hips which are yet more typical details from this era. The fly fastens with buttons and belt loops are positioned around the waist. The cuffs have turn-ups and there is a single rear pocket.

The trousers are in good condition for their age with various signs of wear and use. There is some staining and marks as well as a small rip to the bottom of the left pocket opening. Please study the pictures before purchasing and bear in mind that they are a vintage, pre-owned item which may have small issues commensurate with age.

A nice pair of attributed trousers with all the right details. These would make a great addition to any collection.