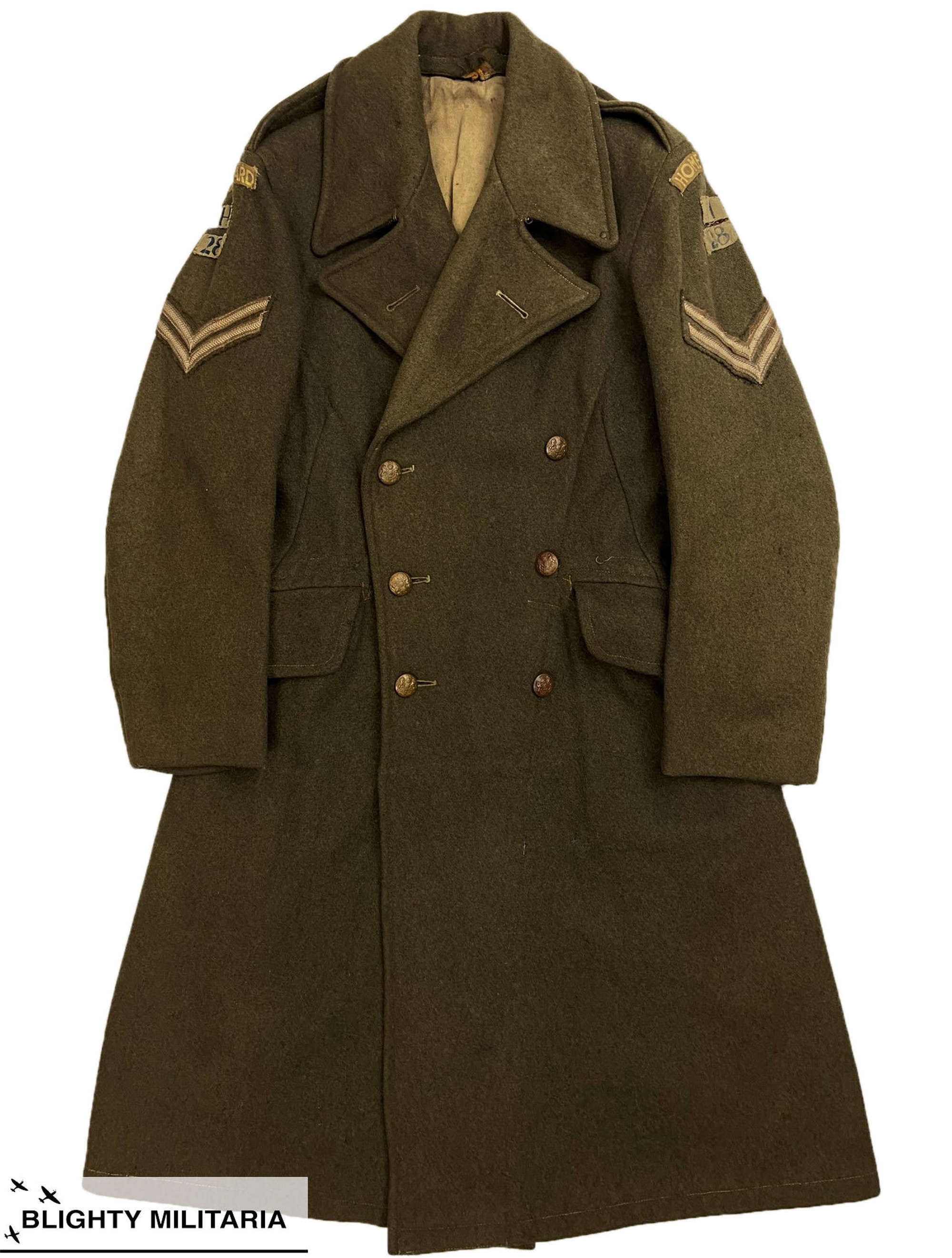 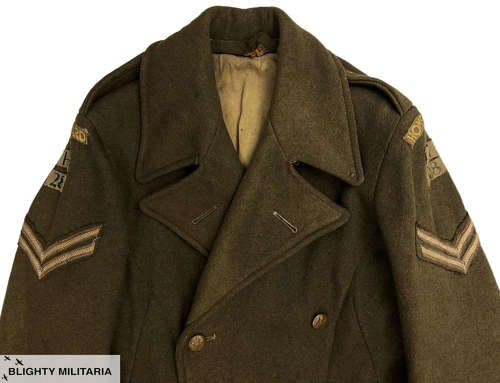 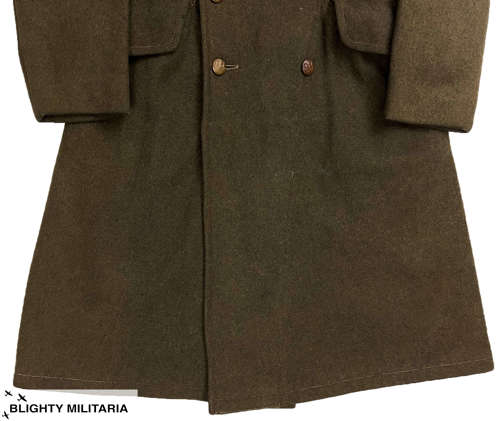 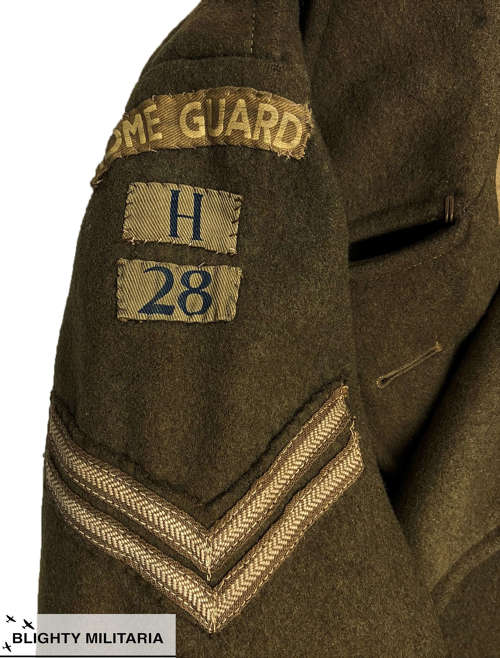 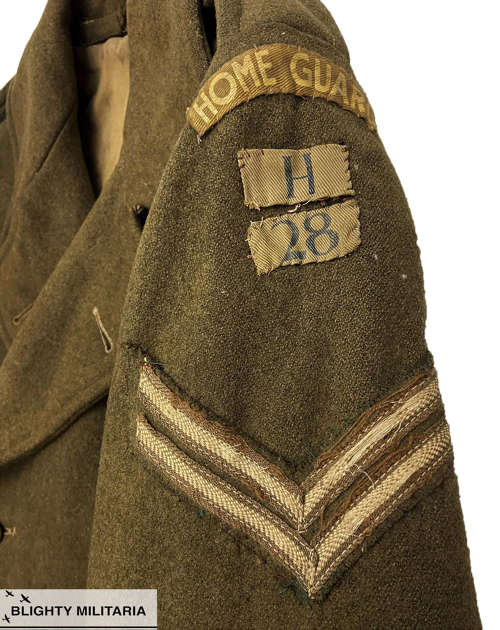 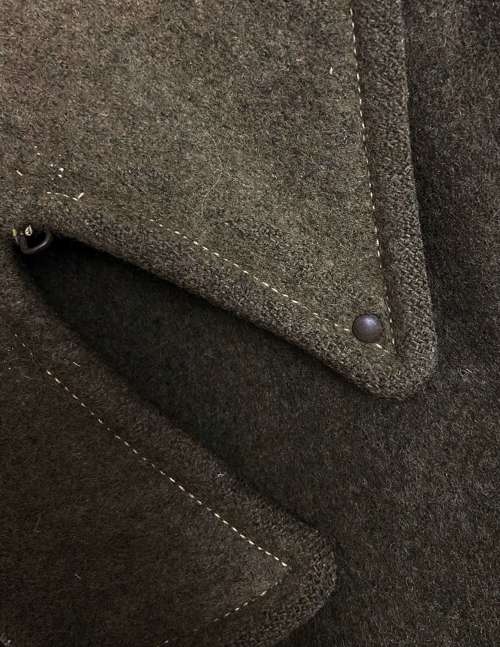 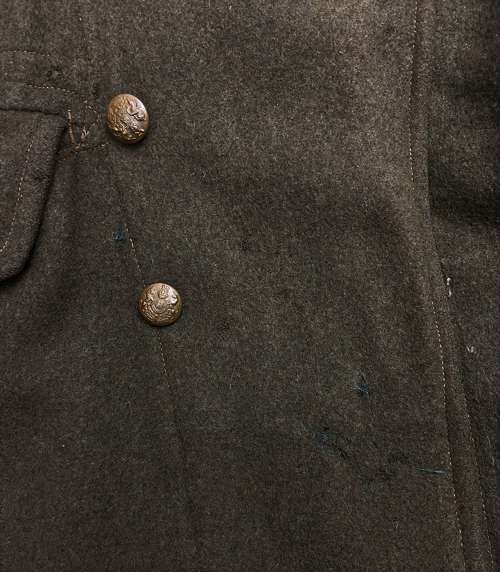 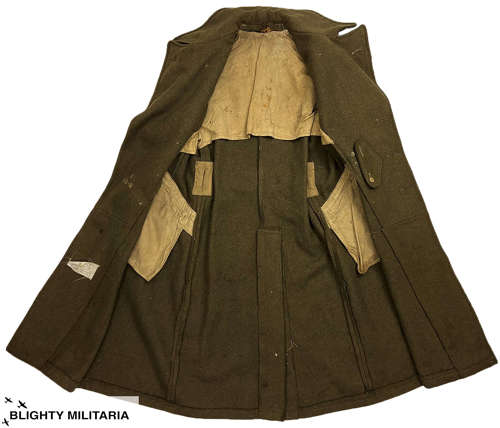 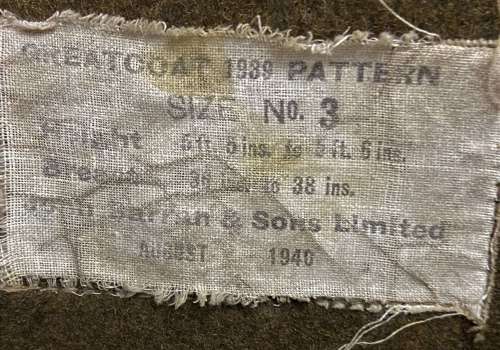 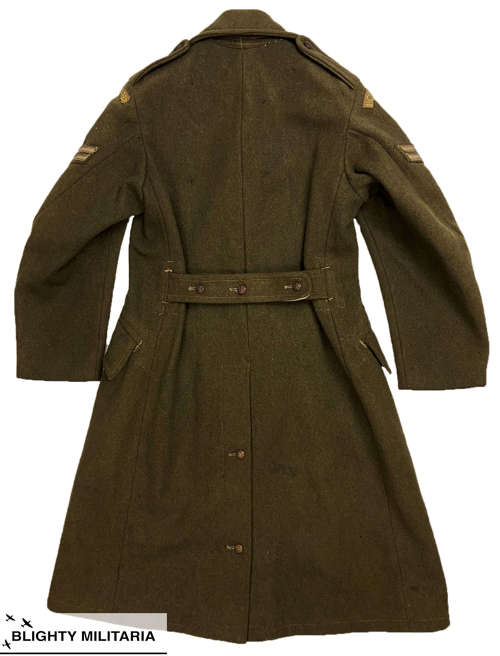 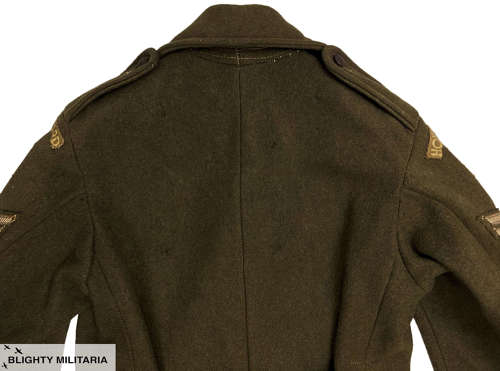 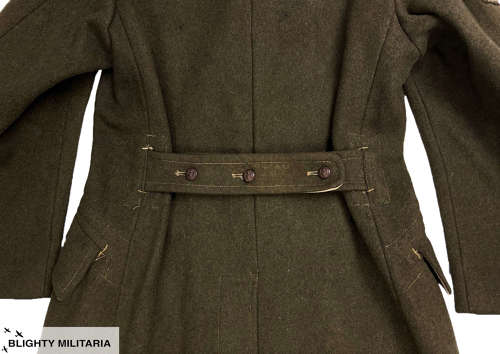 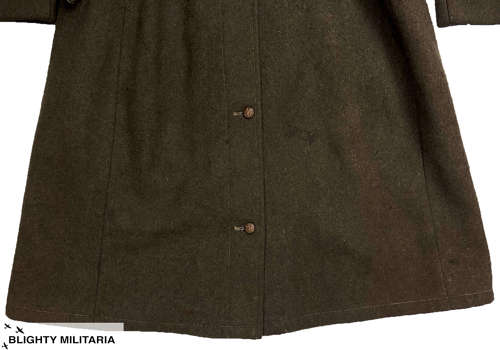 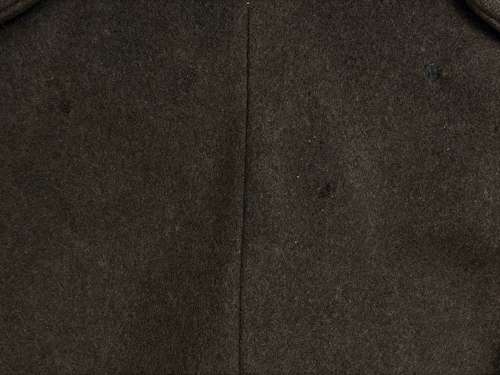 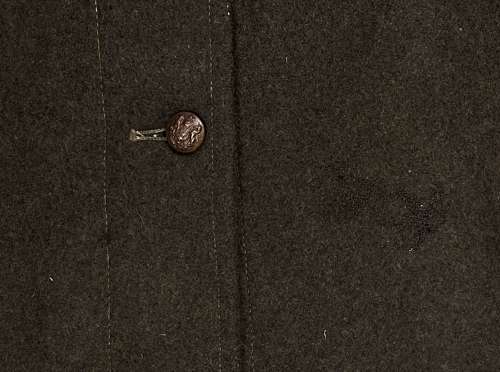 An original 1940 dated 1939 pattern British Army greatcoat which belonged to a Corporal of the Hampshire Home Guard.

This pattern of greatcoat was introduced shortly before the start of the Second World War and was only made for a brief period before it was replaced with the 1940 pattern. It is made from a thick heavy serge blanket wool which is a khaki green colour. It features a double breasted front which fastens with brass king's crown general service buttons and epaulettes to the shoulders. The rear features a half belt and a vent to the skirt, both of which fasten with small GS buttons.

The coat is fitted with original insignia which is period applied and has clearly always been on the coat. Standard pattern 'Home Guard' shoulder titles are fitted to the top of each sleeve below which are the area and district titles of 'H' and '28' which denotes New Milton Christchurch Battalion. Below this are corporal stripes which are standard Second World War examples.

Inside the coat the original label is still present and bears the title of 'Greatcoat 1939 pattern' along with the size of 3 which is designed to fit a 36" - 38" chest. The date of August 1940 is also present.

The coat is in good condition for its age with some signs of wear and use etc. It displays well but is a vintage pre-worn item which may have small issues commensurate with age. There is some minor moth grazing and one of the buttons which holds the throat latch in place is missing to the interior. 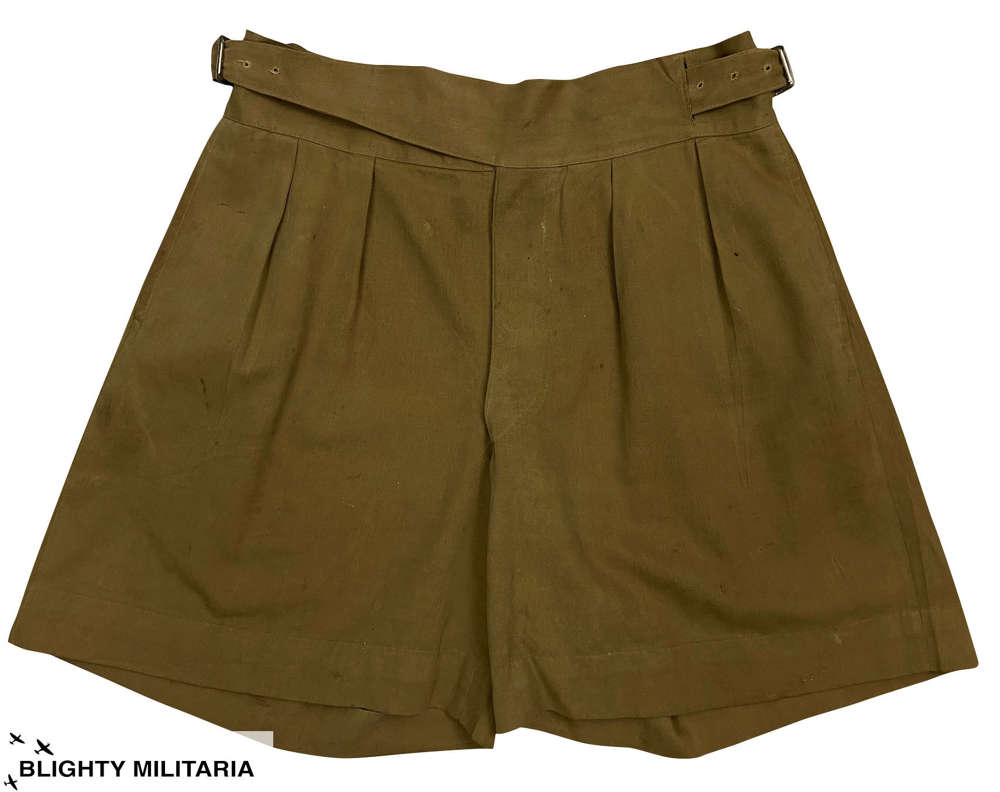 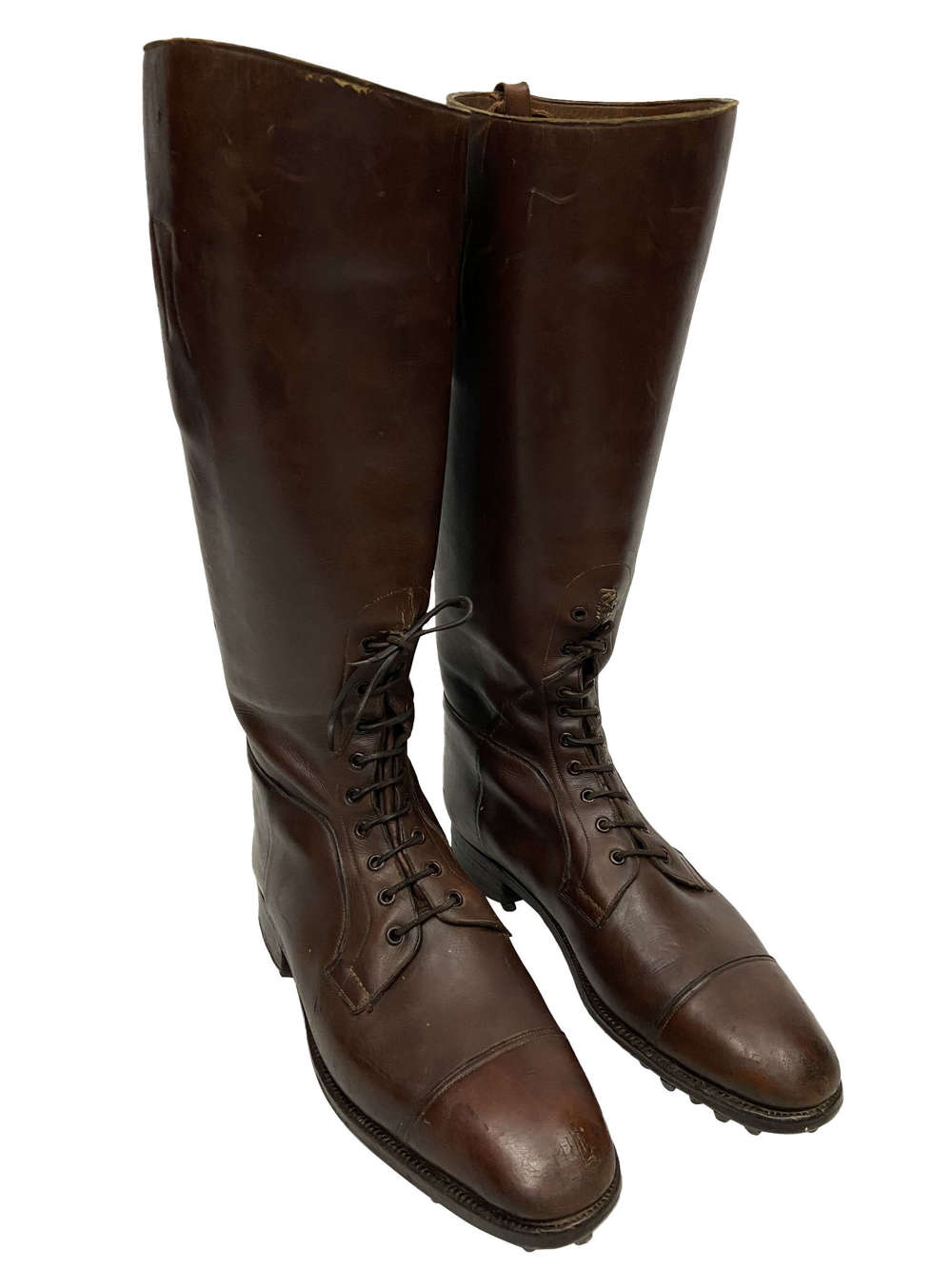 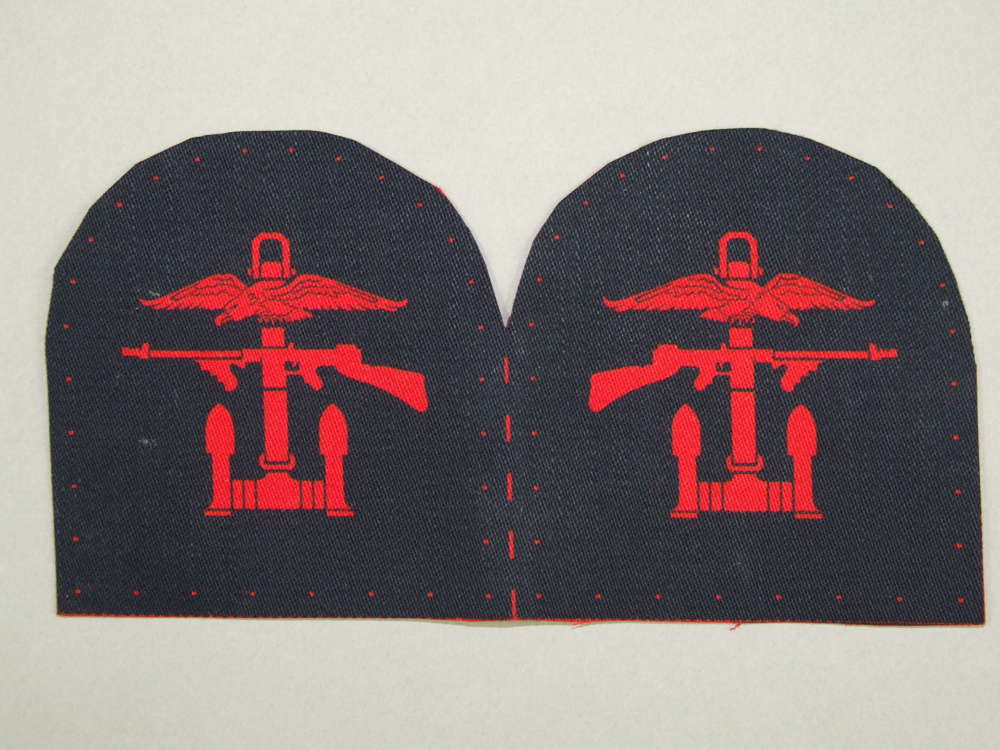 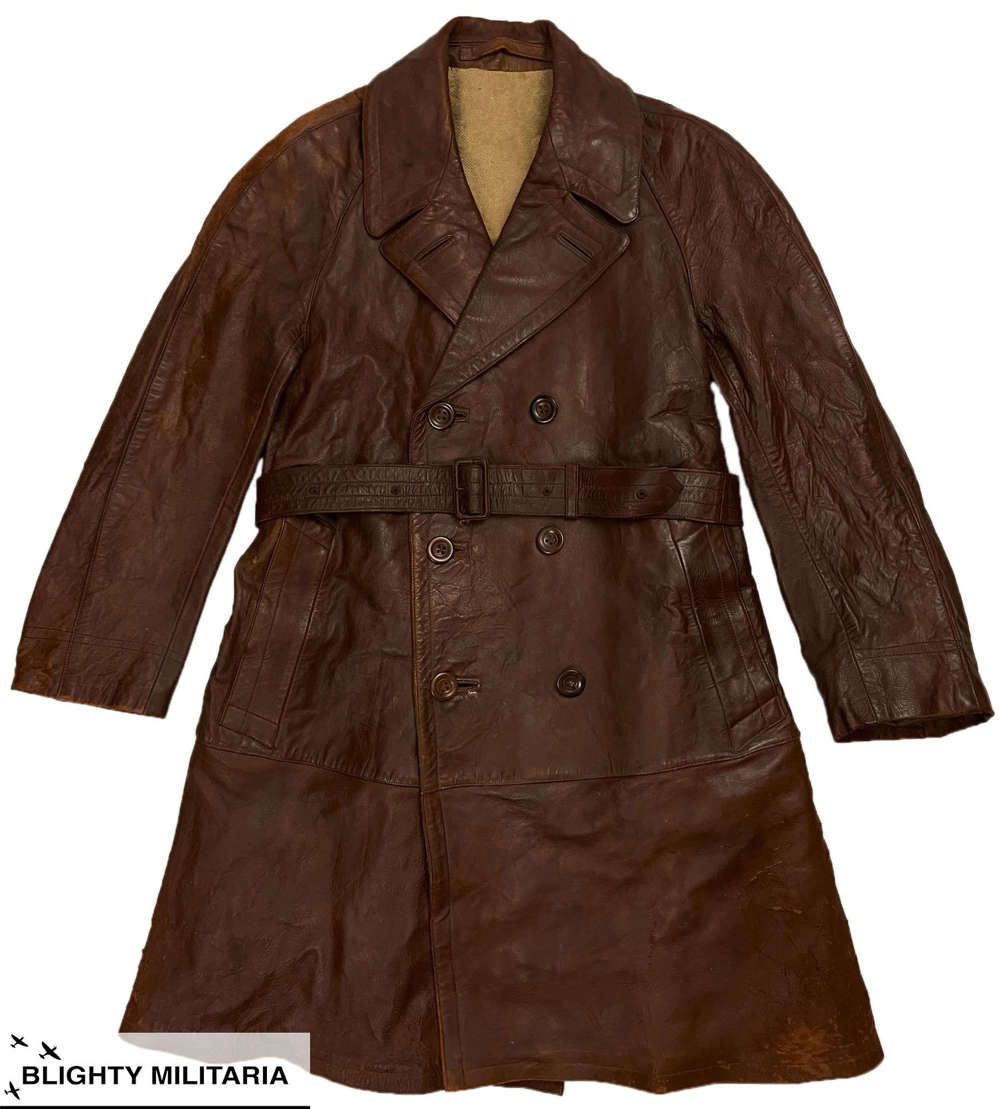