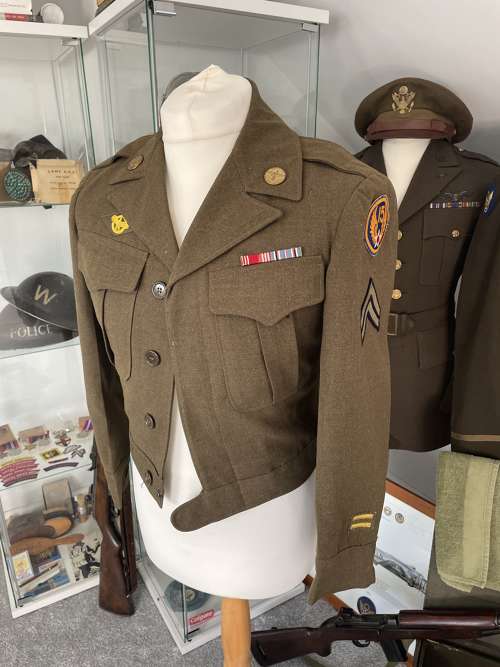 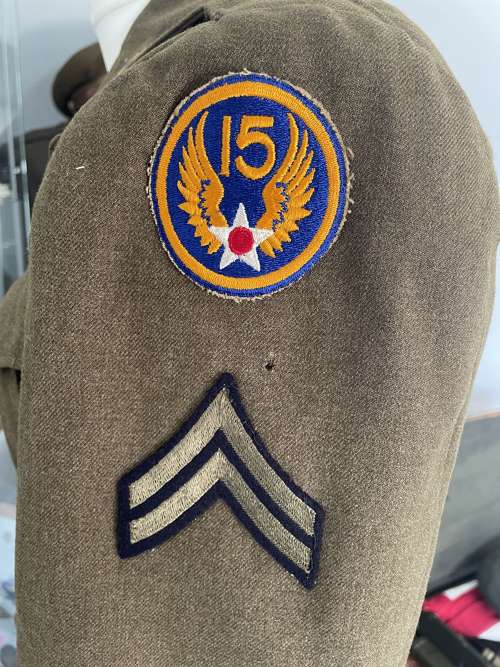 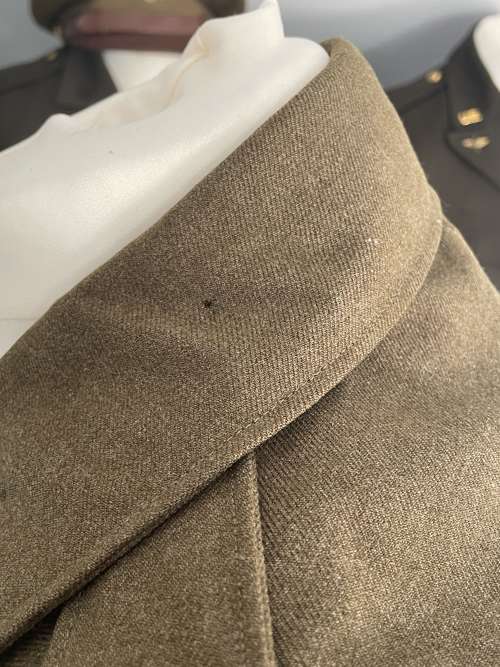 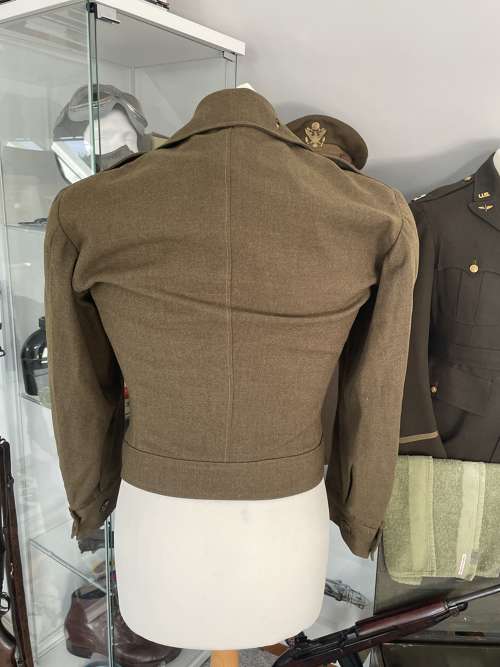 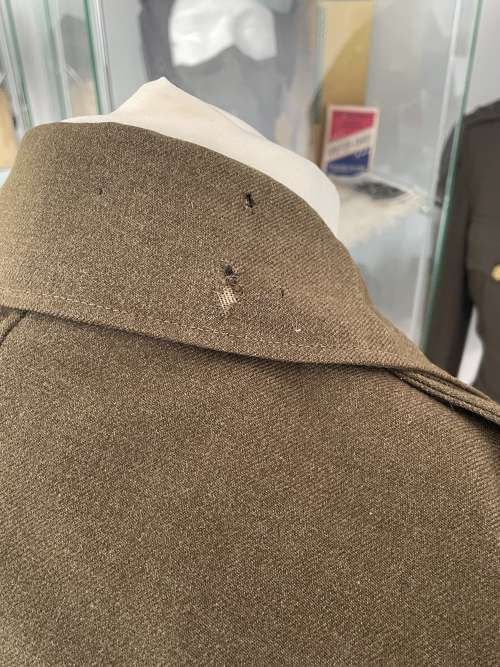 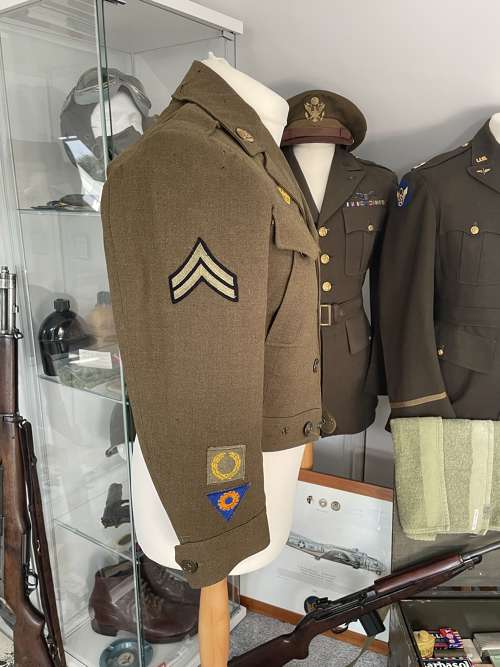 Tunic is in reasonably good condition, couple of moth spots in areas.  The label dates the tunic to 9 June 1944, size marked 34L and produced by Herman D. Oritsky. Furnished with;

1. A 15th Air Force patch on the left shoulder,

2. A pair of Corporal stripes,

6. An Engineering Specialist patch at the cuff of the right sleeve,

William passed away on 22 April 2012, aged 91. His obituary, available online simply states; 'He was a U.S. Army Air Corps veteran of World War II'. He was buried at Island Falls Cemetery, Maine.

Amongst further details found online shows he was admitted to a Military Hospital in May 1944 for a non-battle related condition.  I will include a copy of all my research with the sale, included a photograph of Bill.

Size marked 34L, but measured by hand as follows;