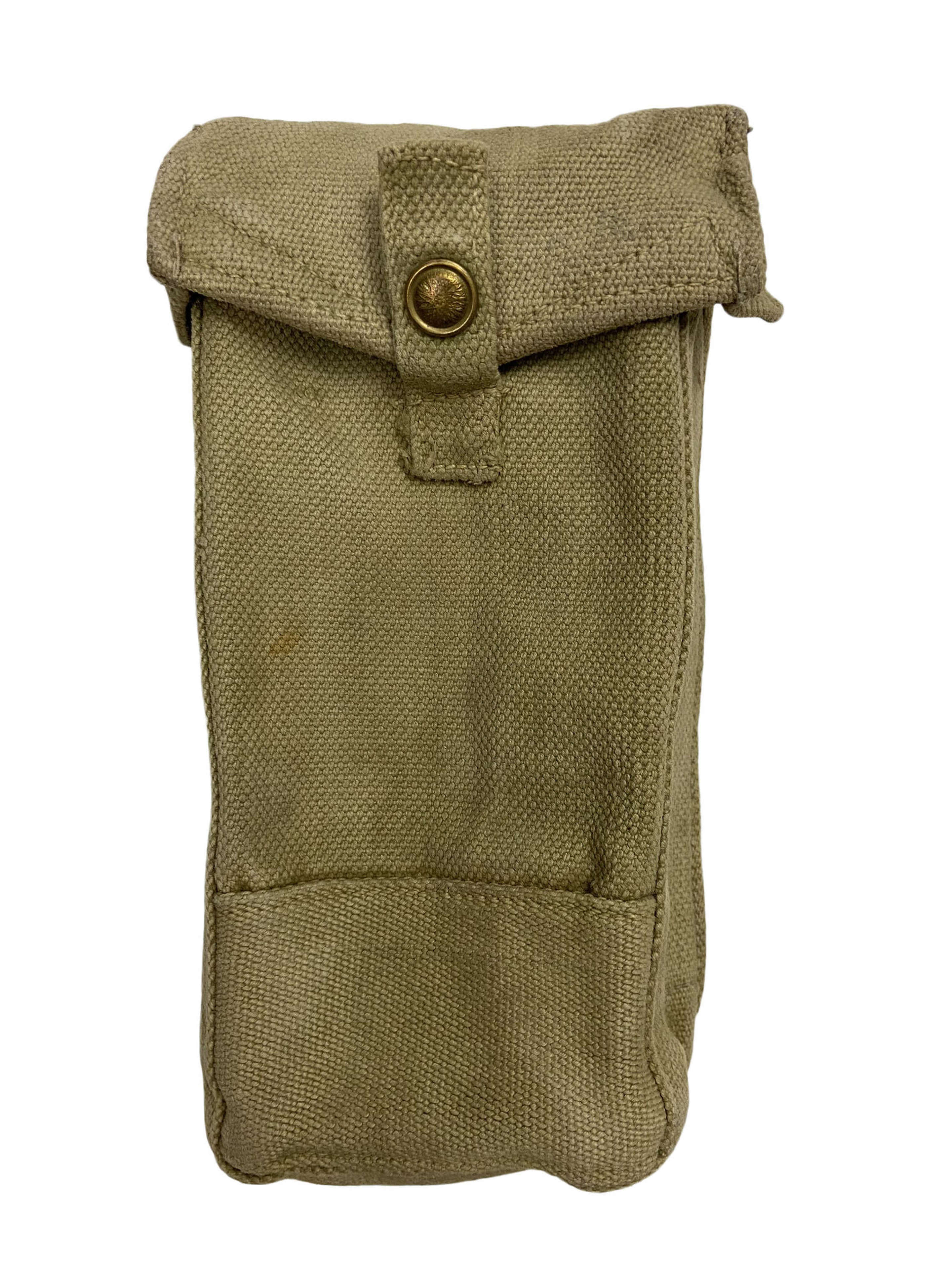 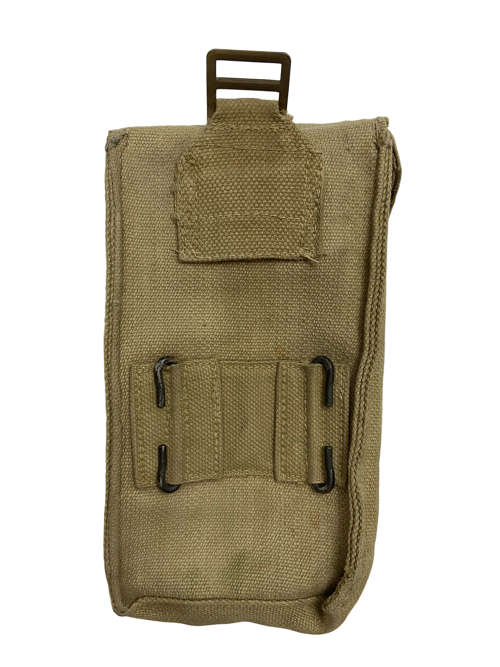 This pattern of pouch was introduced in the middle of 1940 replacing the earlier MKI version. The only difference is the placement of the belt hangers to the rear which were lowered. It was in turn replaced by the MKIII version in 1942 which dates this to being manufactured prior to the changeover.

The pouch is in good condition with some limited signs of wear and age. It has been blanco'd at some stage with a light shade (probably 103) which has been mostly washed out. 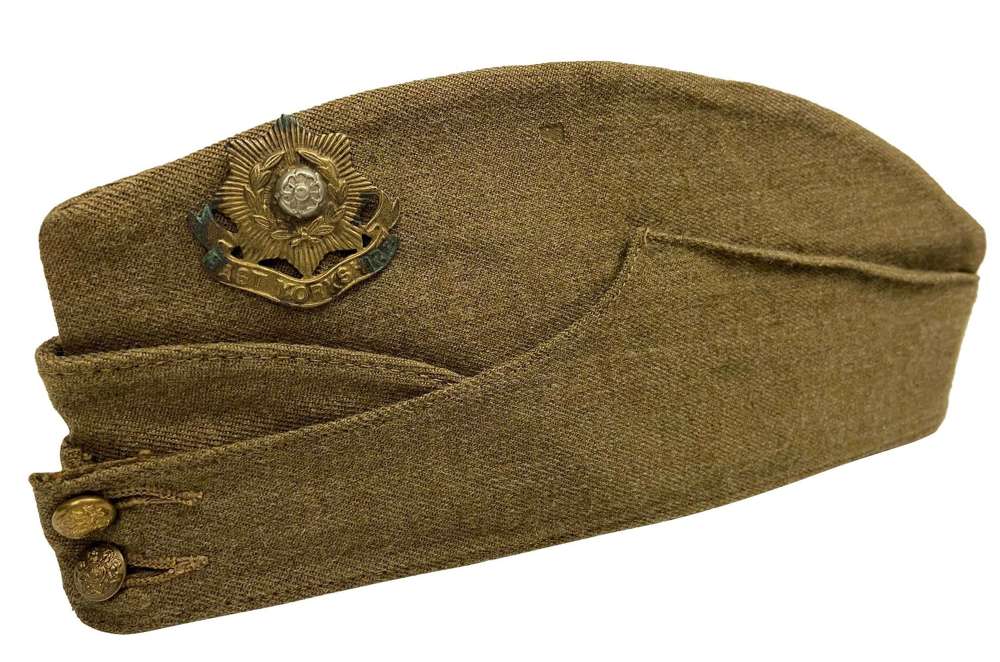 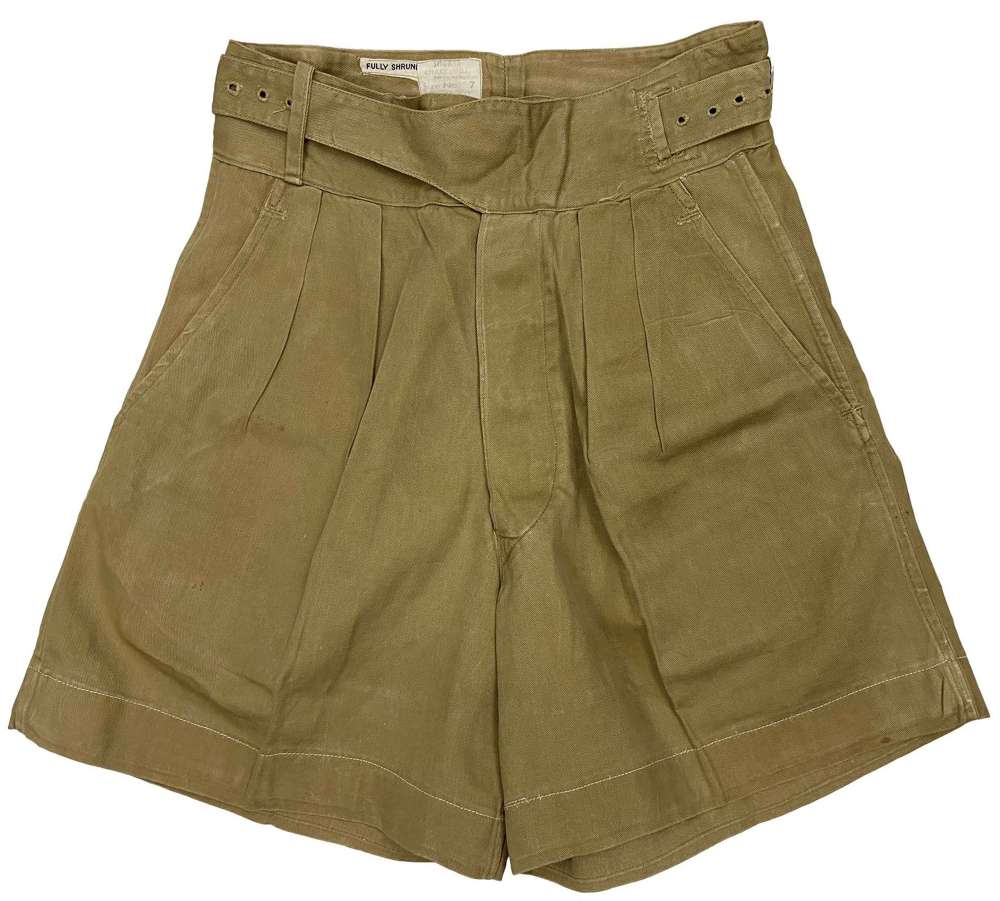 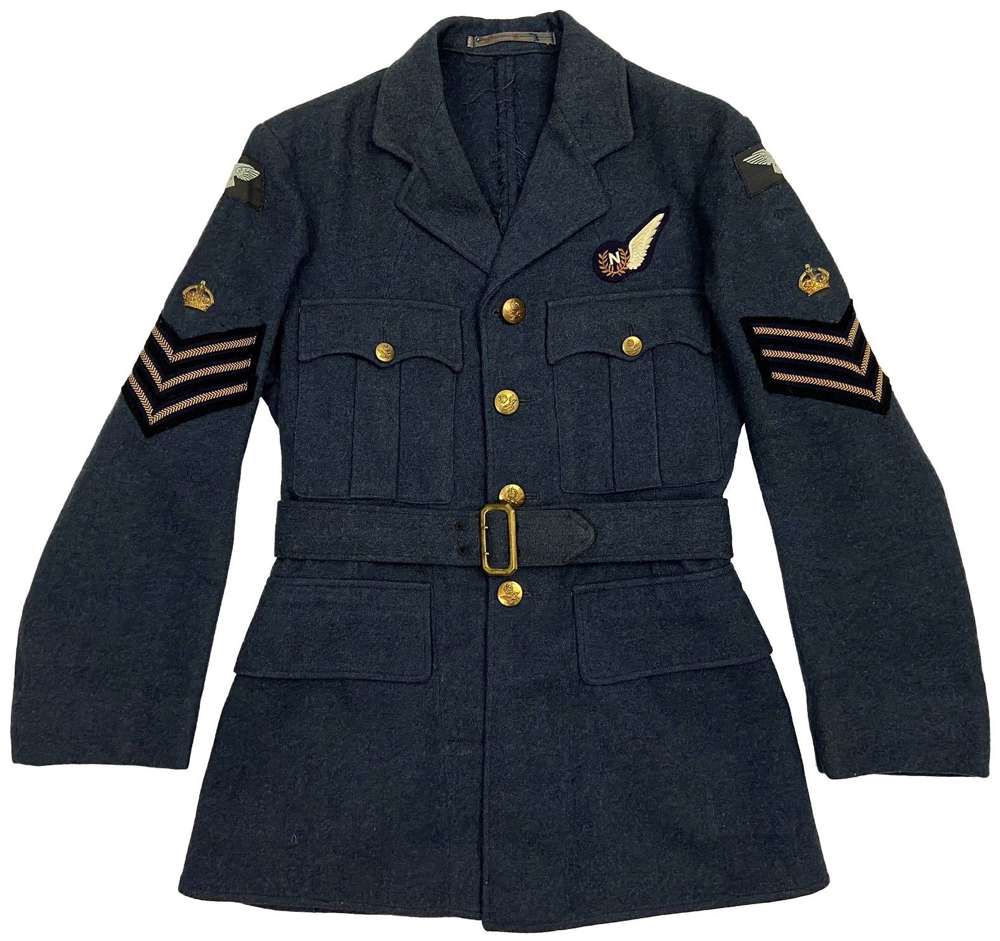 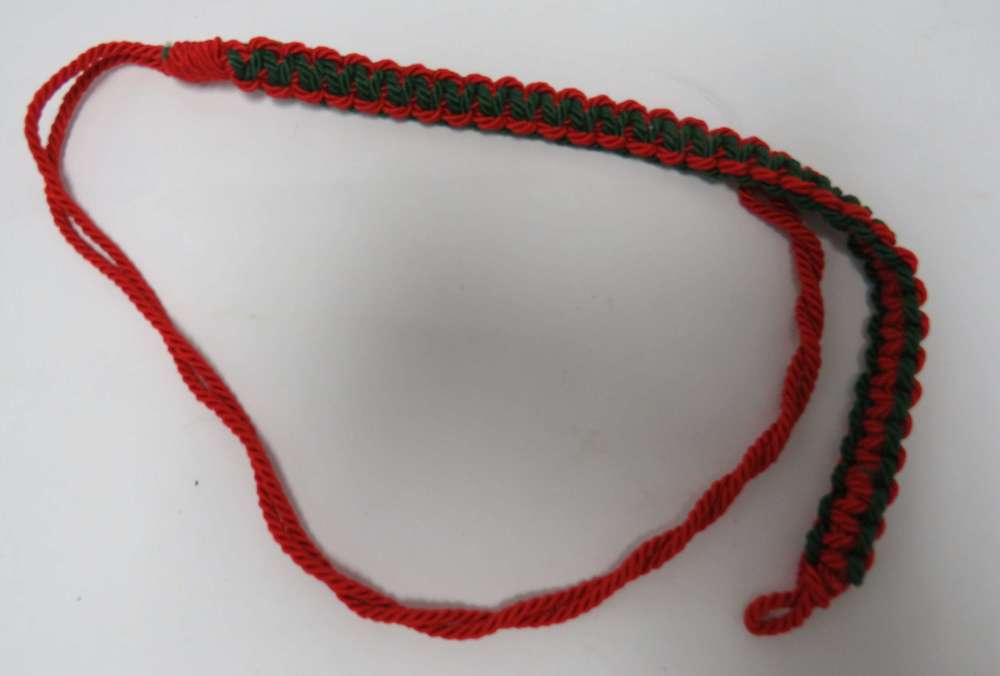