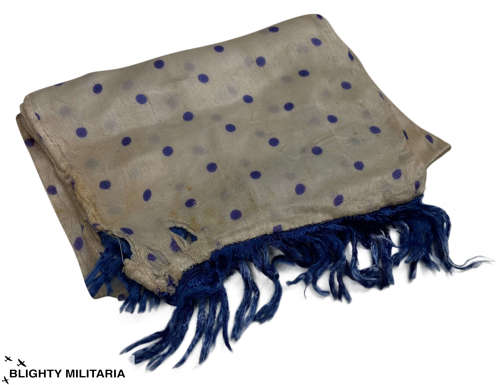 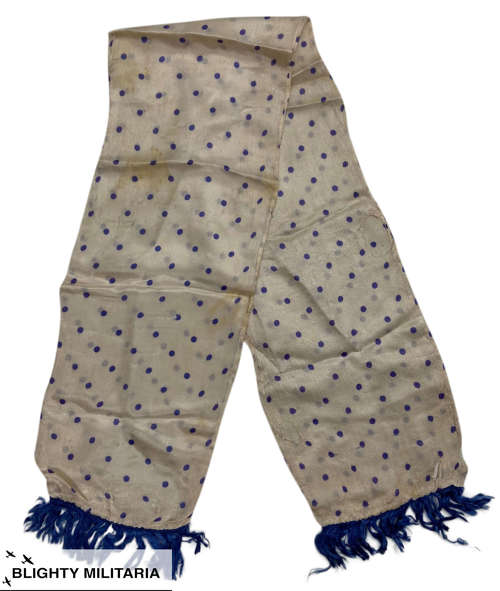 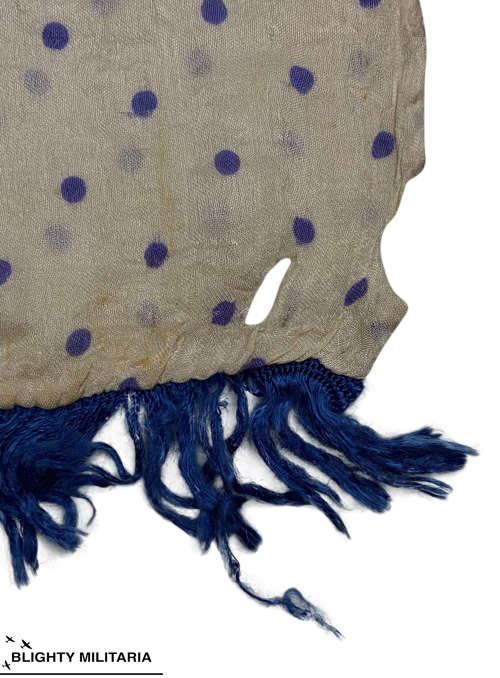 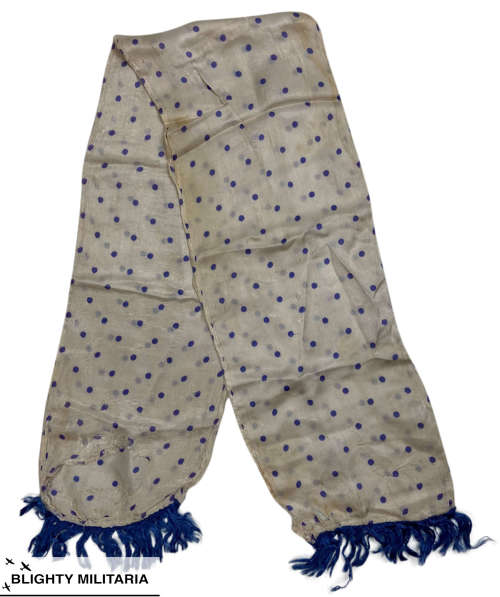 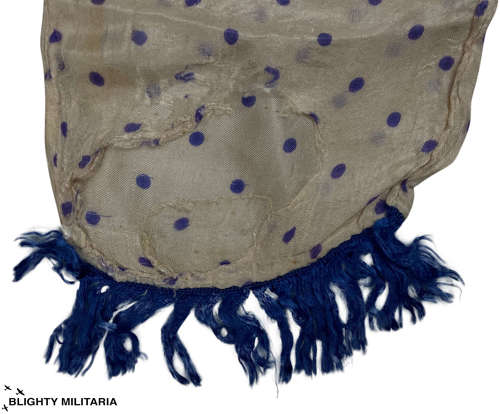 A rare original silk scarf dating from the Second World and attributed to a Warrant Officer who flew on Lancasters with Bomber Command.

John Farquhar McGregor 1823708 enlisted in the RAF in Edinburgh in late 1943 and was selected for aircrew training. He trained as a wireless operator and became a signaller who served on Lancasters flying from the UK with Bomber Command. He was awarded the France and Germany Star which means he flew on raids over occupied Europe although I have not been able to identify with which squadron. By March 1945 he was with 1654 Heavy Conversion Unit based at RAF Wigsley in Nottinghamshire where on the night of the 3rd of March he was shot down by a JU88 and bailed out over Lincolnshire. He became a member of the Caterpillar club and details of the attack can be found in the RAF records along with some other similar attacks on the same squadron that night. In late 1945 John was posted to India where he served into 1946.

The scarf is a private purchase item with no labels. It is a very 1940s period piece being made of a white coloured rayon and featuring a blue polka dot pattern - a reverse of the more common blue with white polka dot pattern. It features tassels at both ends which are also blue

The scarf is in well used condition with plenty of signs of age and wear. Out of all of the scarfs that were in the grouping, this is by far the most worn and therefore almost certainly John's favorite scarf. The wear is testimony to the many hours it did in the air! It is visible in the pictures so please take time to study these before purchasing.

A great original scarf which has been stored with Mcgregor's uniform for decades. This would make a fantastic addition to any RAF collection without a doubt!