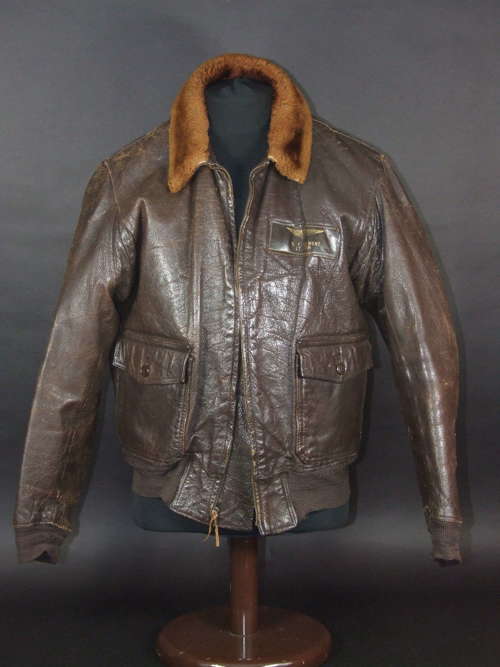 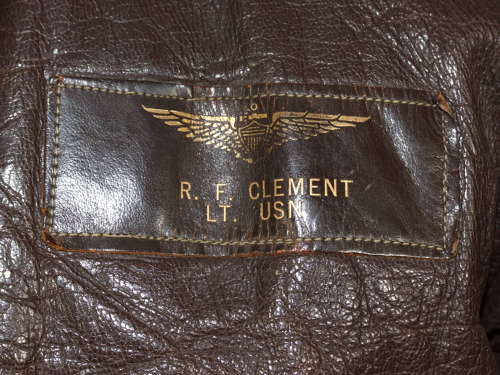 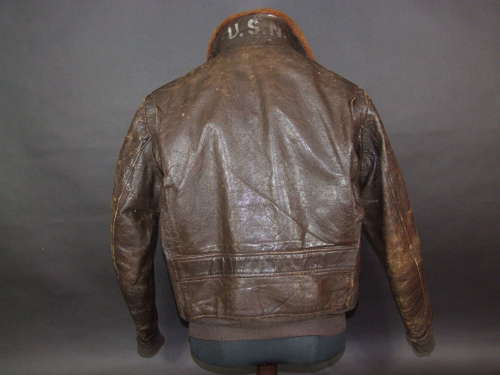 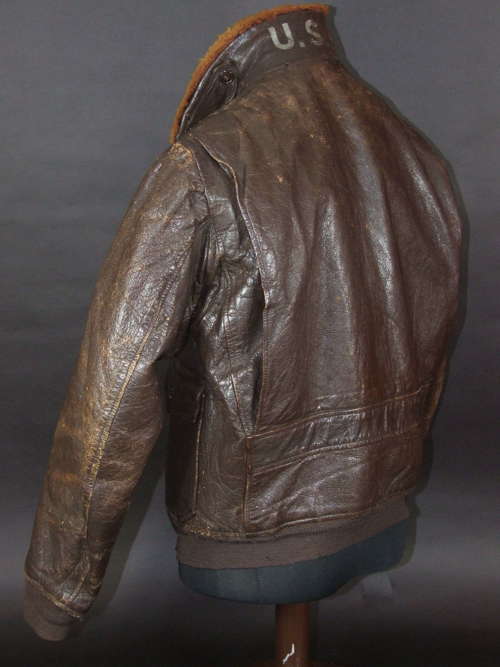 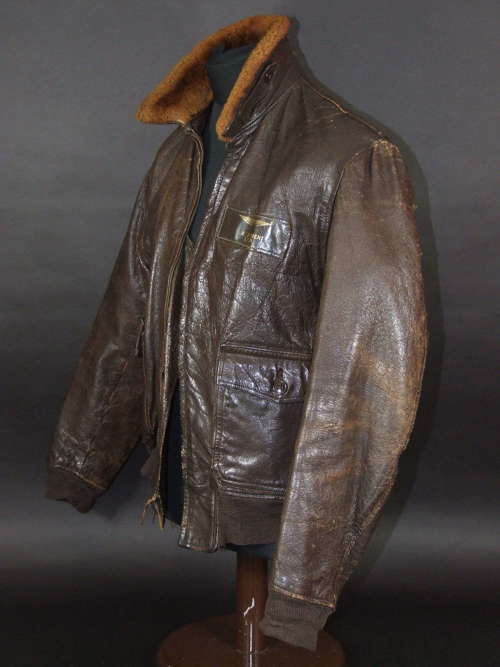 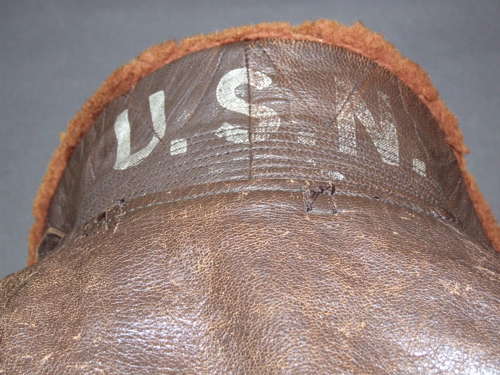 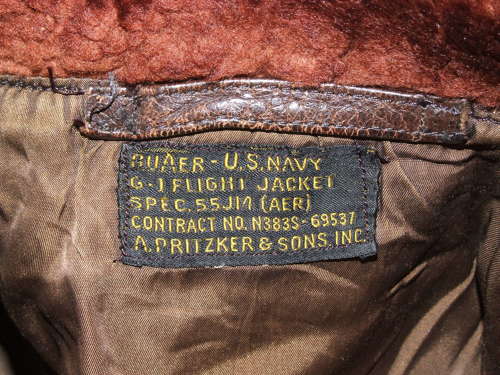 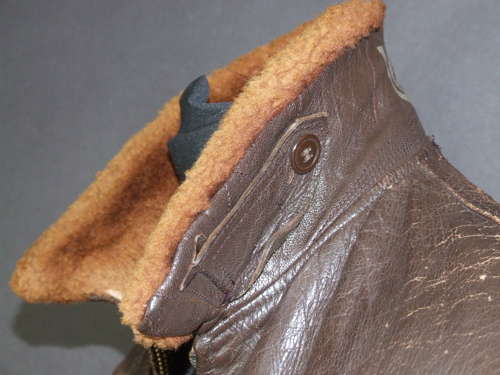 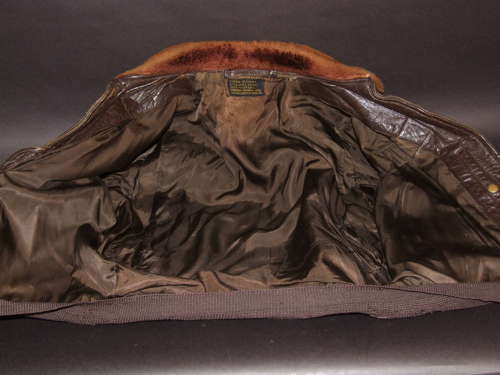 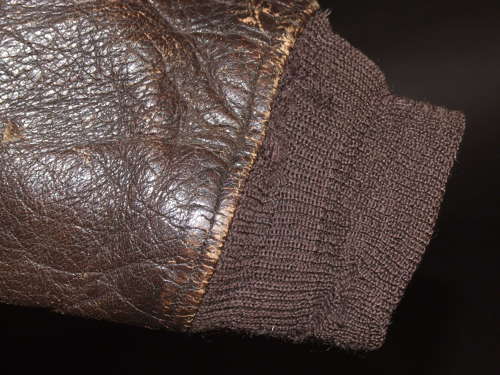 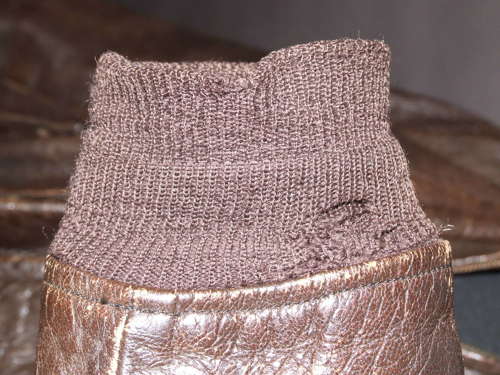 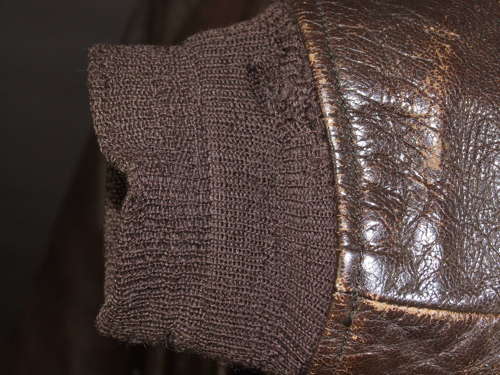 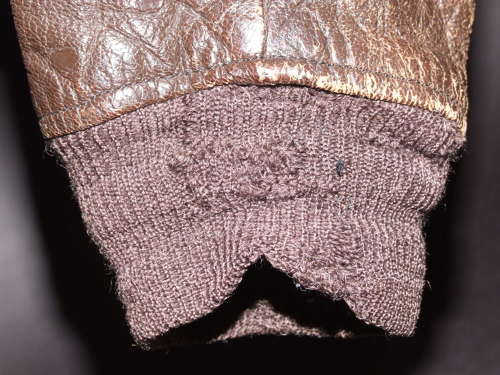 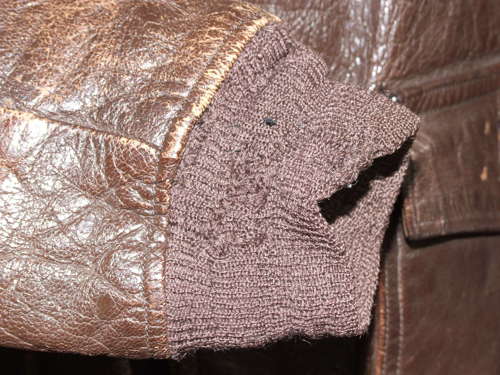 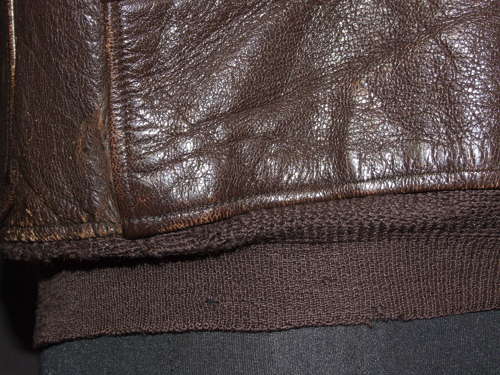 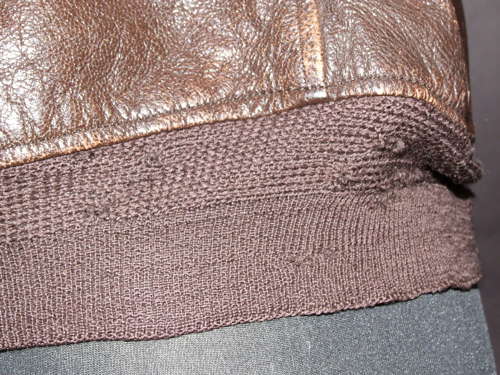 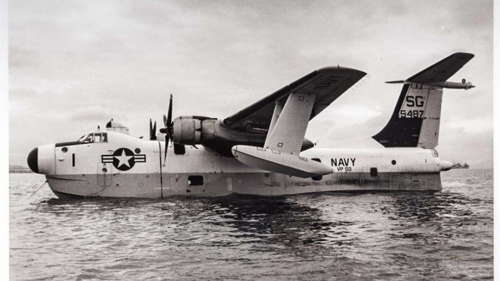 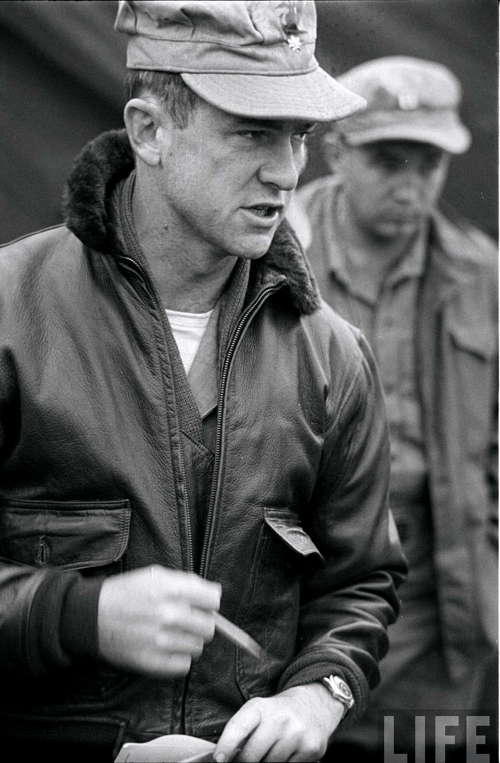 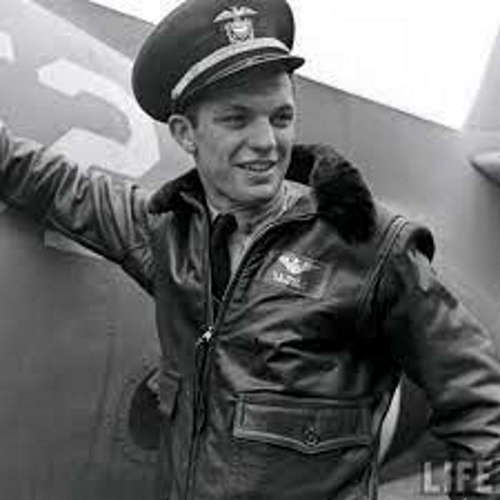 A very nice example of the US Navy G1 Jacket by Pritzner with an interesting if tragic history and dating I believe to between 1947 and 1950 but later used.

Issued to Lt. R.F. Clement with the gold block stamped leather patch still on the left breast, the Jacket was originally bought at the Max show in the US at which time it was accompanied by some history although that paperwork has now been lost. Nevertheless, with a little research based on what I was originally told I have been able to recover that history.

Lt. R.F. Clement was the Pilot of a U.S. Navy VP-50 aircraft on exercise over Puget Sound en route to Oak Island during November or December 1959.

"The aircraft lost a wing after a high velocity aircraft rocket (5" HVAR) exploded at launch. There was a shortage of inert warheads for training at Whidbey Island at the time. Someone made the decision to use high explosive warheads for training, but didn't want to take the risk of one exploding and causing damage in the event of an accidental firing, ricochet, etc. So, it was decided to remove the base fuzes in the warheads and replace them with wooden plugs. Problem was that the rocket motor igniter was located in the forward section of the tube body where the warhead screws in. The design of the fuze also acted as a seal to prevent hot ignition gases from reaching the explosive charge in the warhead. The wooden plugs didn't fit well enough to seal out the gases  when the pilot fired the rocket”. The entire crew including Lt. Clement were lost.

The Jacket is a very nice example free from damage other than slight loss at the cuffs and waistband but although the original zip appears fee from damage, the pull does not close the teeth. I believe this is due to wear to the pull itself which can be rectified with a replacement pull of the correct size.

There are two patch pockets and a fur collar, the underside of which carries the U.S.N white printed lettering. This and the lack of perforated stamping on the wind flap dates the Jacket, the wind flap stamping coming in, in 1950. The leather is very good showing light service use only and remains supple. Beneath the collar is a closure strap and buttons for use with the collar turned up.

Inside, the lining is also without damage, the original label intact and legible. Chest size would appear to be about 36-38”