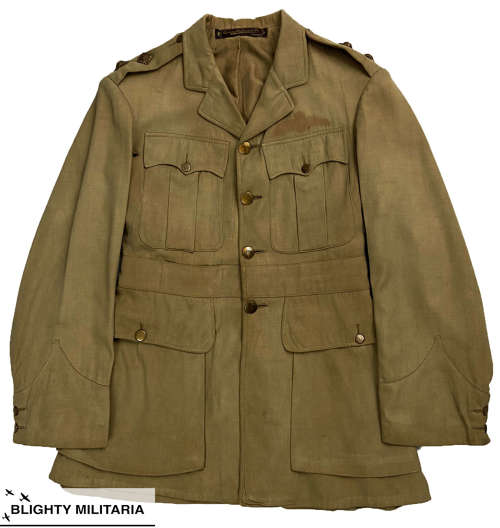 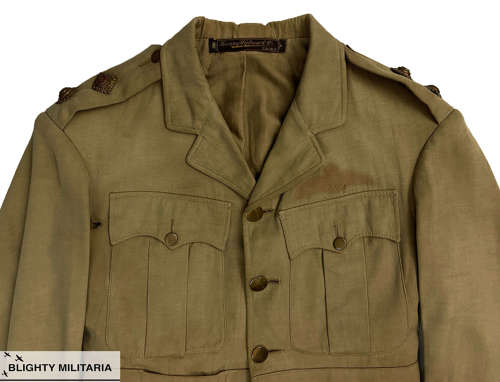 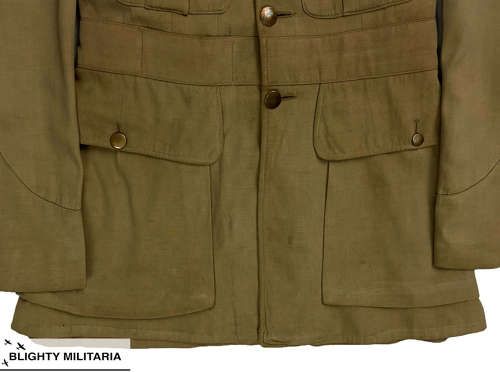 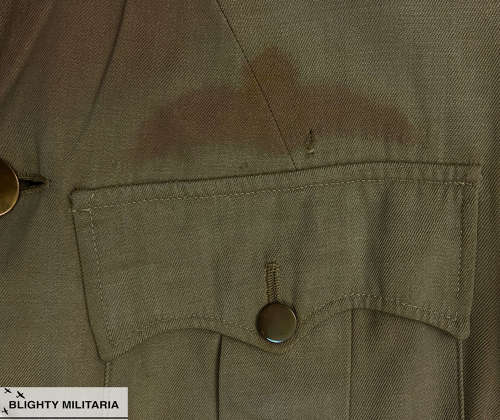 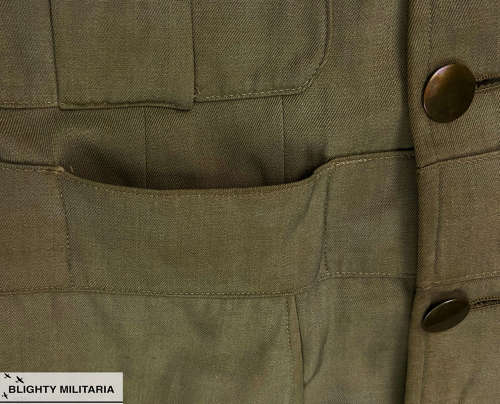 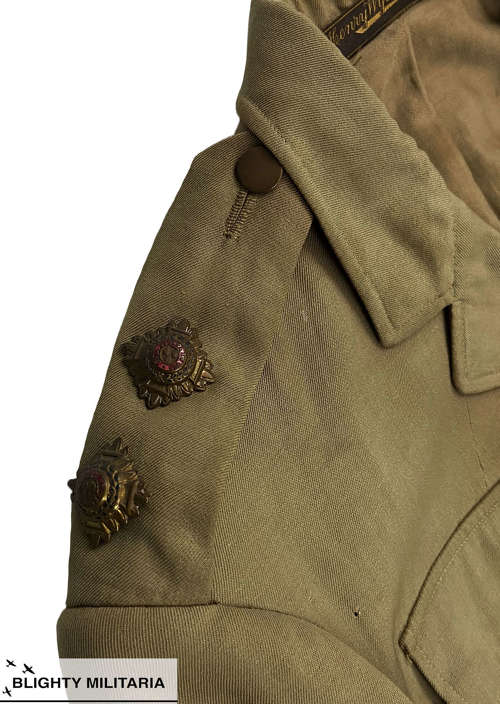 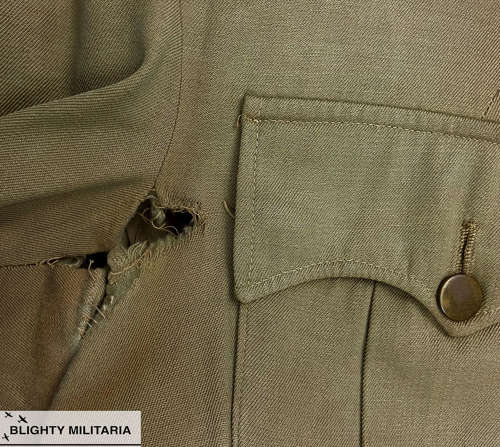 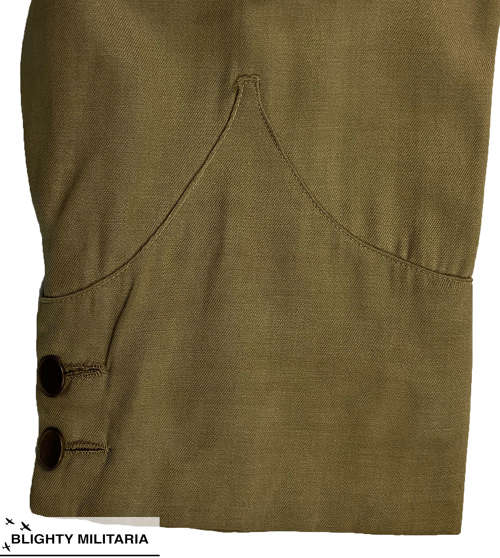 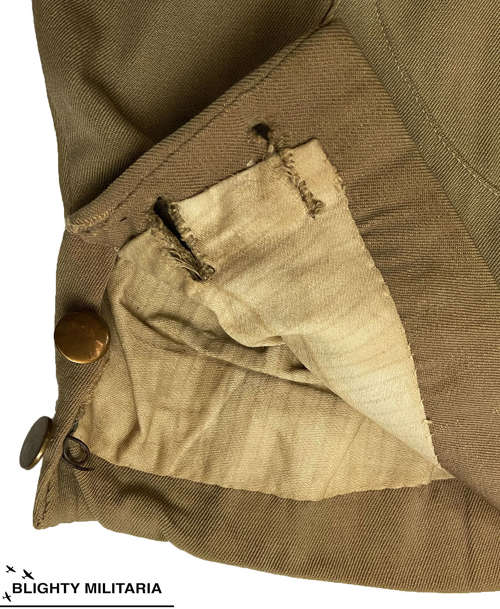 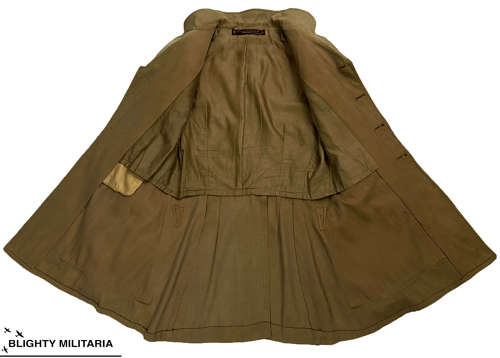 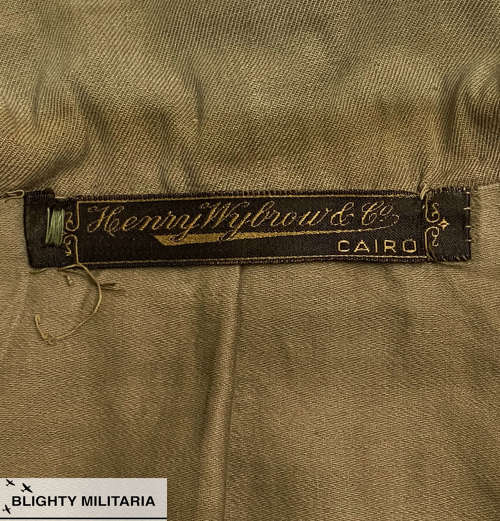 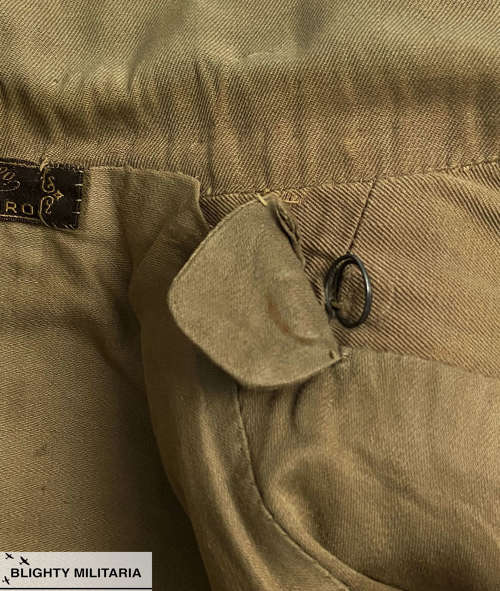 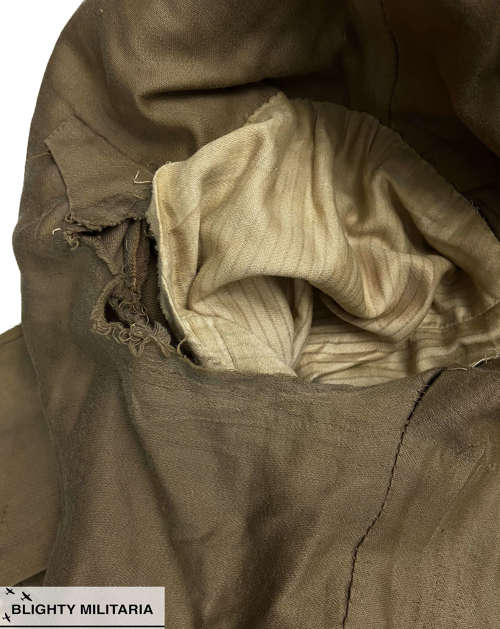 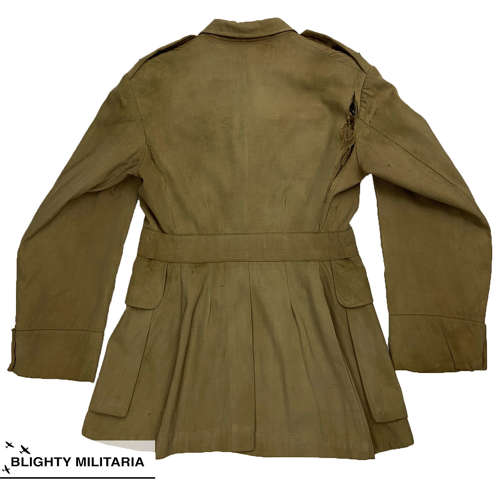 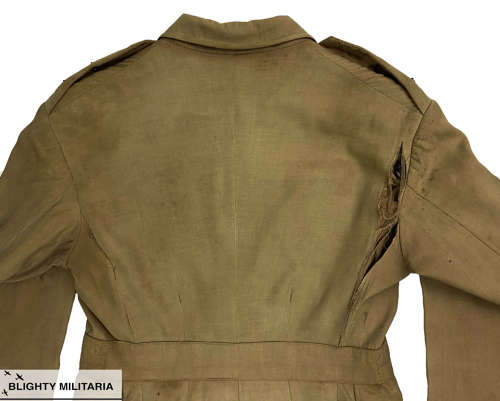 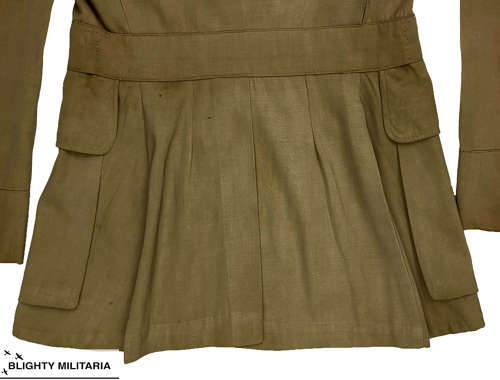 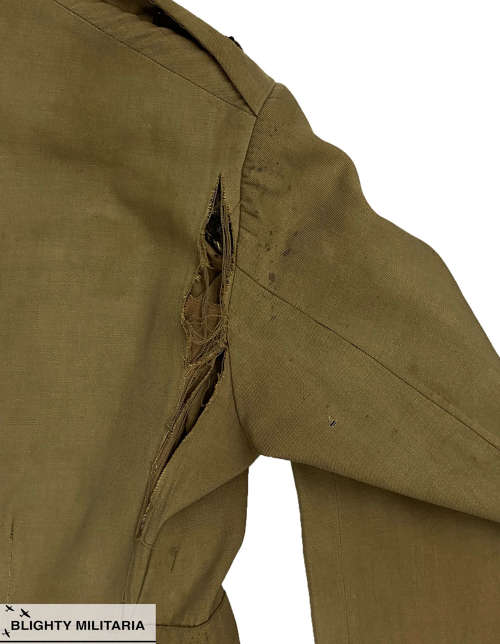 Whilst the Royal Flying Corps is most often associated with the Western Front during the First World War, there were also a number of squadrons which were sent to Egypt from 1915 until the end of the war. This tunic was made in Cairo and therefore was almost certainly made for some serving on one of the Squadrons posted to Egypt.

The tunic is cut in a typically Edwardian manner with a narrow shoulder displacement and long skirt. It also features a full integral belt which is a notable trait of Great War tunics and something rarely seen on later examples. Tunics cut without this belt began to appear in 1916 although they were not seen in great numbers until the post-war period. The integral belt also features a ticket pocket to the front (picture 5) which is mentioned in contemporary texts relating to the 1912 pattern. There is a clear shadow above the left breast pocket where a pilots wing has been removed. The shape is typical of RFC wings from this period with a pronounced downward curve to each end. The epaulettes are fitted with twi rank stars each which denote the rank of Lieutenant and appear to be original to the jacket. All the buttons are plain brass which is an uncommon style but they again look to be original and are not suprising with the wide range of oddities encounted on theatre made clothing. More of these are fitted to the cuff which functions - always the hallmark of a quality jacket.

The interior of the jacket features a partial lining as well as a tailors label to the neck which features typical Edwardian graphics. The maker's name of 'Henry Wybrow & Co' is present along with the word 'Cairo'.

The tunic is a small size which will suit a 34" chest. When laid flat it measures -

The tunic is in distressed condition as is evident in the pictures. There is a large area of damage to the rear and rips to the armpits and lining around the armpits. There is fading and staining etc and the tunic is not wearable in its current state. It would be possible to display it however but it does need to be treated with some care. Please study the pictures before purchasing as this is a vintage item with numerous flaws.

Whilst not in the best condition, this is still an original Great War RFC officers tunic which is very hard to find today!