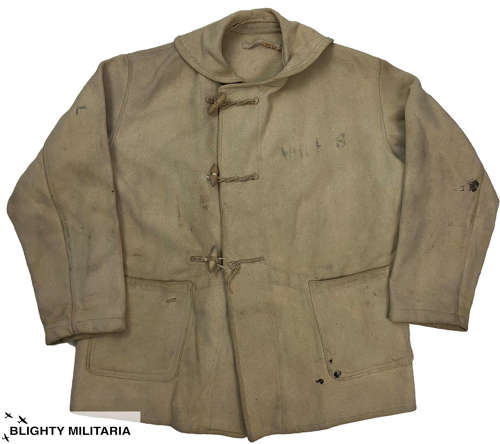 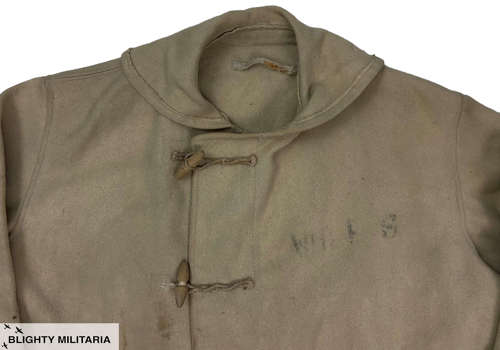 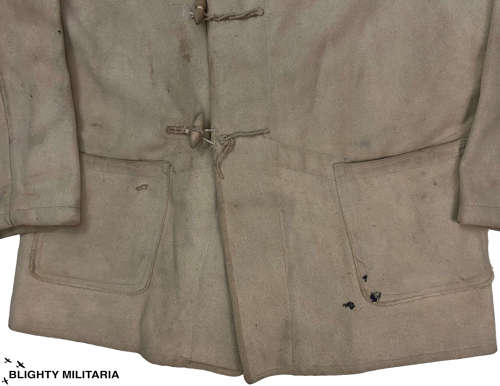 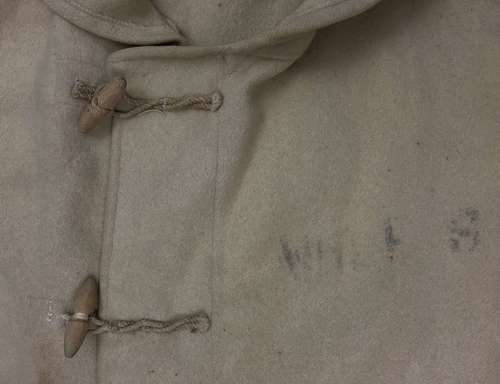 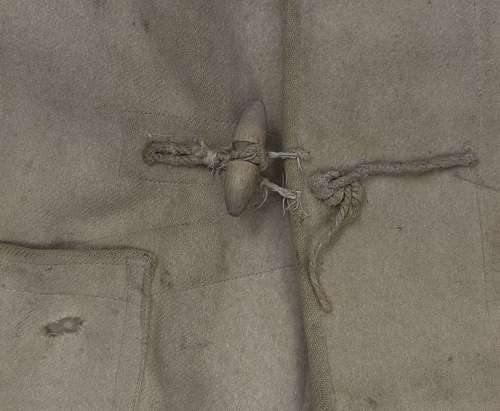 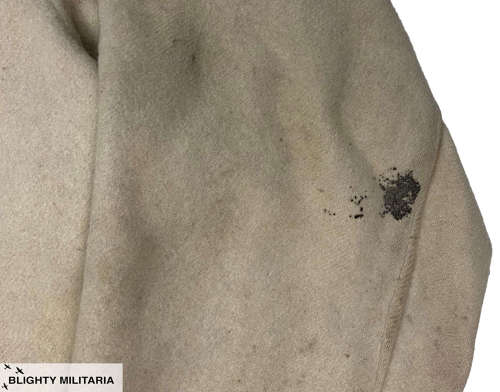 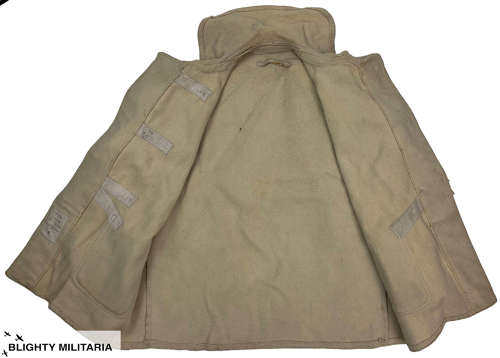 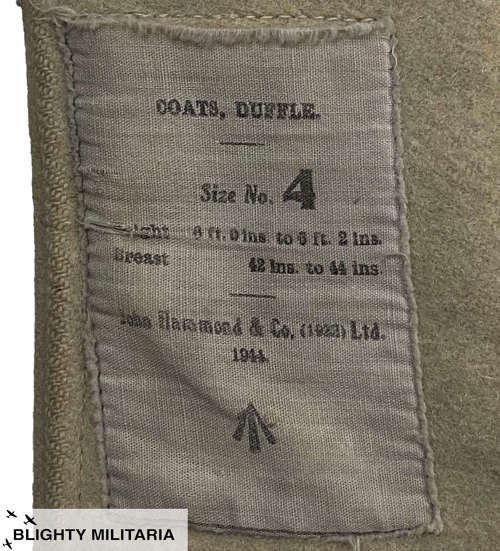 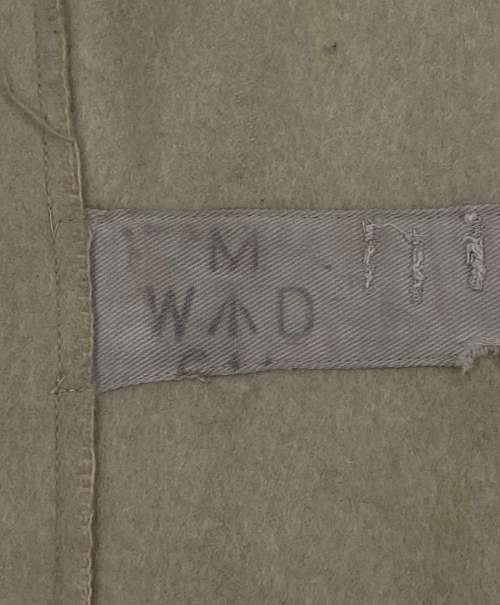 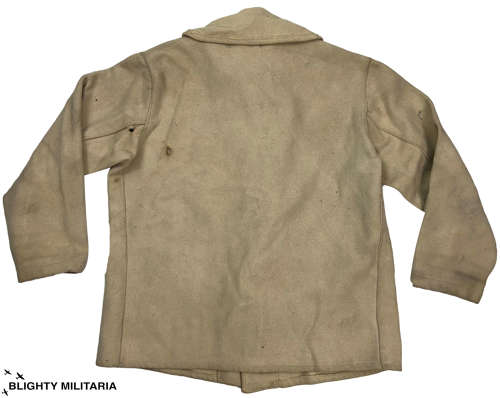 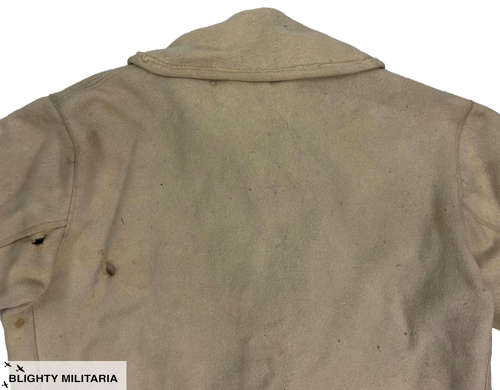 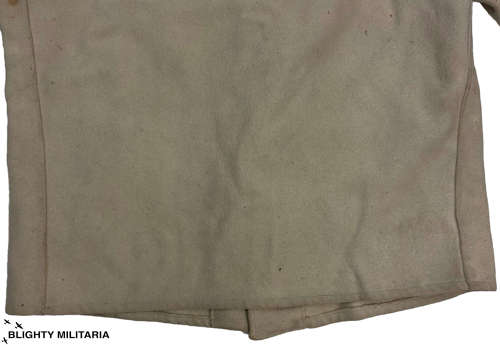 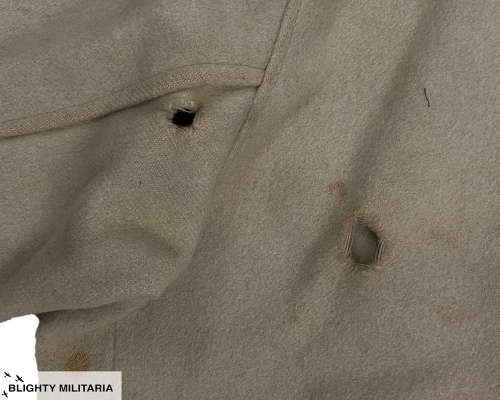 This jacket is made from a white coloured wool which is the same as that used for the Fear Naught jackets. The same heavy wool was used for the more common duffle coats which were longer and made in a fawn colour. The jacket is designed to be worn as an outer layer and is therefore cut in a loose manner. It features a short collar, two patch pockets to the front and fastens with three toggles and loops.

Inside the coat the original label is still present and is bright and legible. It states the size as 4 and bears the maker's name of 'John Hammond & Co. (1922) Ltd'. Below this is the 1944 date and the War Department broad arrow marking. There is also a War Department acceptance stamp which is surmounted by the letter 'M' which denotes 1944 as the year of issue.

The coat is in well worn condition with lots of signs of wear and use. Overall it still displays well and is wearable.

A rare piece of British vintage military, complete with its original label.