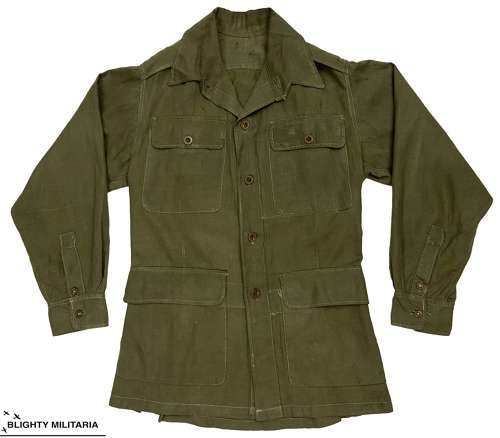 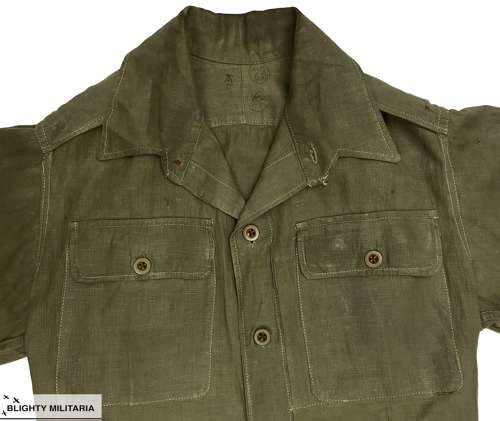 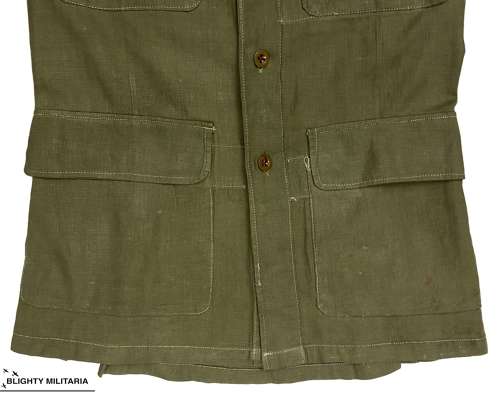 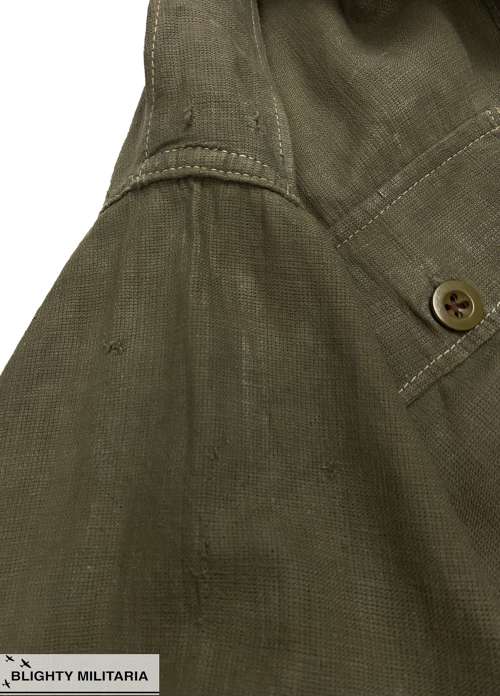 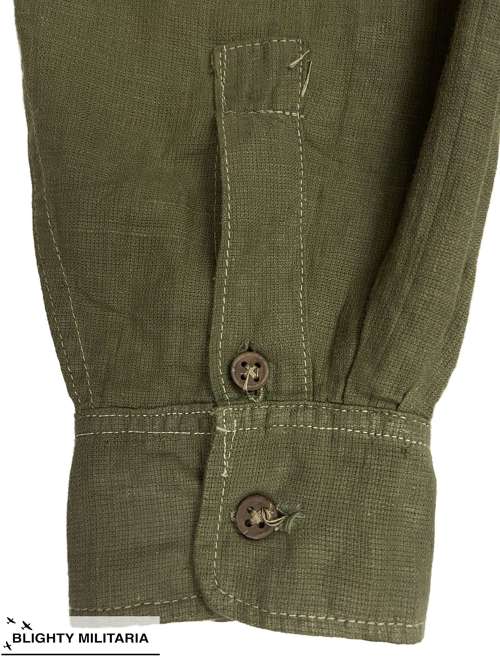 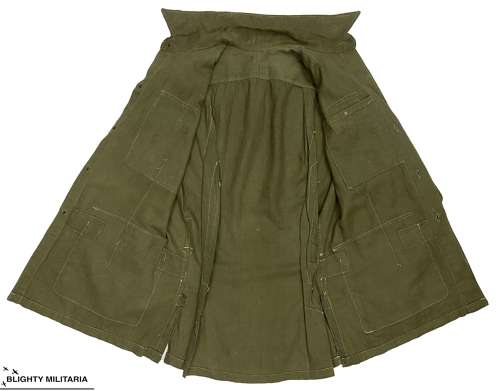 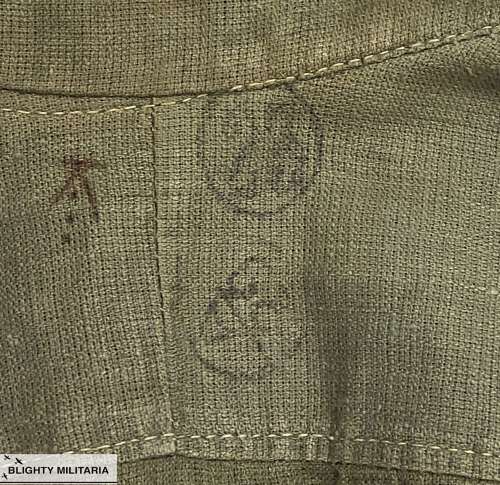 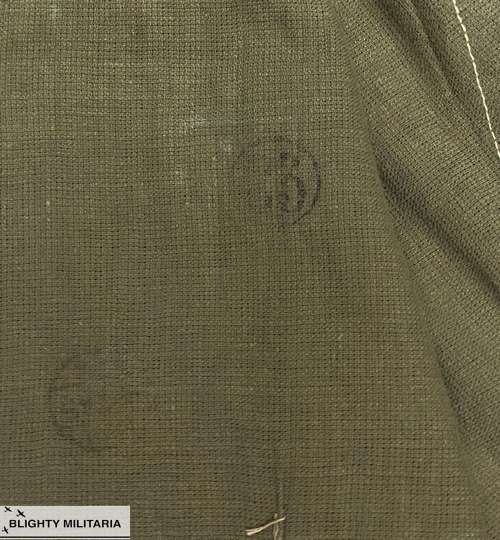 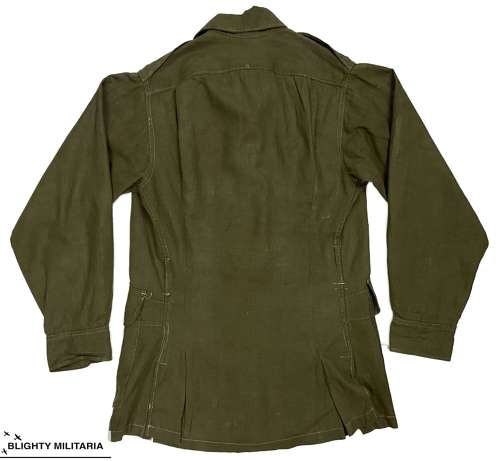 An original Indian made British Jungle Green Bush Jacket made in 1945.

This shirt belonged to a Sergeant of the Royal Scots Fusiliers who served in Malaya in the 1950s. It is interesting that an Indian made jacket from the Second World War was issued in place of a British made 1950 pattern tunic. The original owner has changed most of the factory fitted coconut husk buttons (save for the ones at the cuff) for British green plastic examples, making the tunic look like a British 1950 pattern at first glance.

The shirt is made from cellular cotton which is often referred to as 'Aertex'. It is a lightweight, breathable fabric ideally suited to the tropics and was popular with the British military during WW2 as well as in the post-war years. There is evidence of where shoulder titles have previously been fitted to the epaulettes. Sergeant stripes have also been removed from the top of the right sleeve as shown in picture 4.

Like so much clothing supplied to the Far East, this shirt was manufactured in India. It features the typical Indian stamps found on wartime items. The date is just legible as 1945.

The shirt is a small size which will fit around a 36" chest depending on desired fit. When laid flat it measures -

The shirt is in good condition with various signs of wear and age. There are no serious flaws or damage and it displays well on the whole. It is a vintage, pre-owned item however which may have some other small flaws commensurate with age.

A nice original wartime bush jacket which has some great post-war history!

The shirt is in fantastic un-issued condition as can be seen in the pictures. There are no signs of previous wear or laundering and all the original buttons are intact.

All in all this is stunning example of this pattern of shirt complete with a nice clear date. A must have for the serious collector!