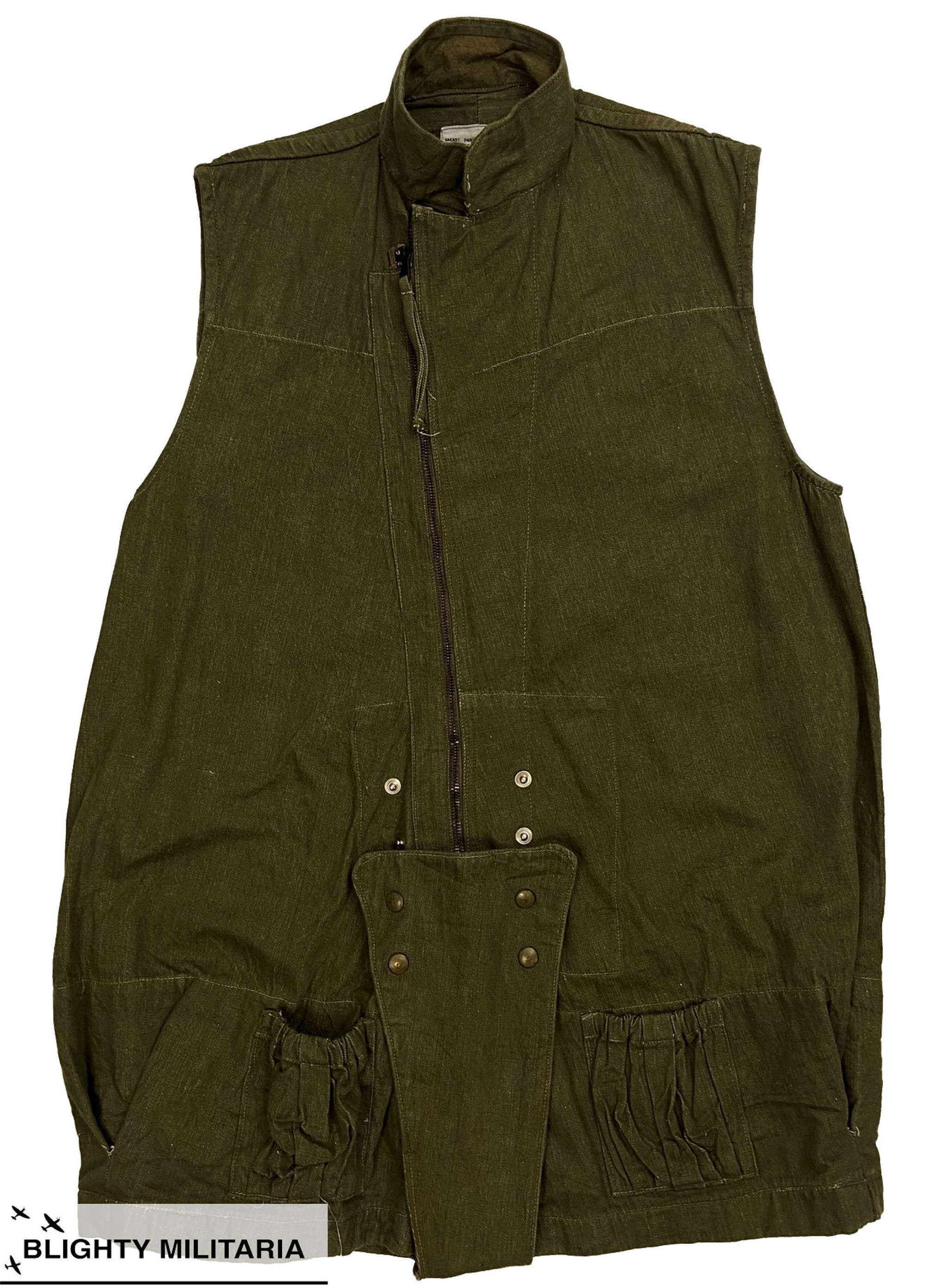 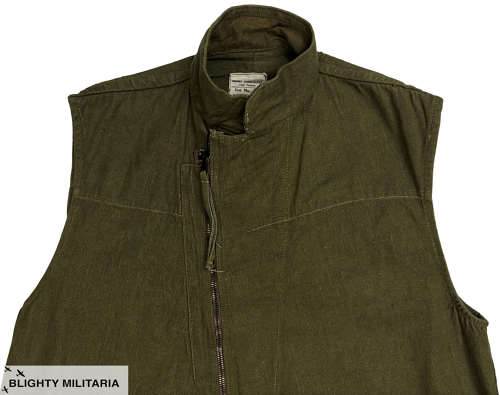 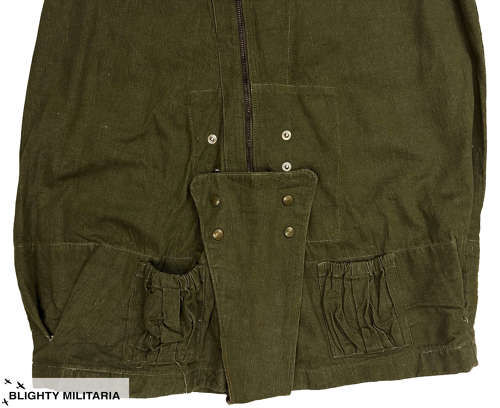 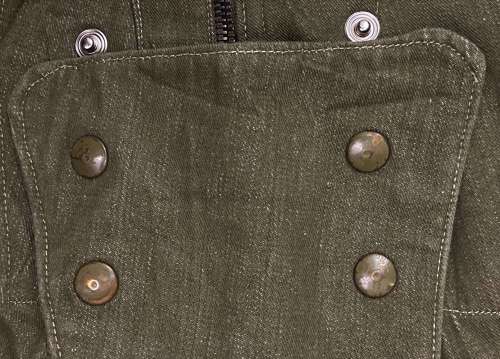 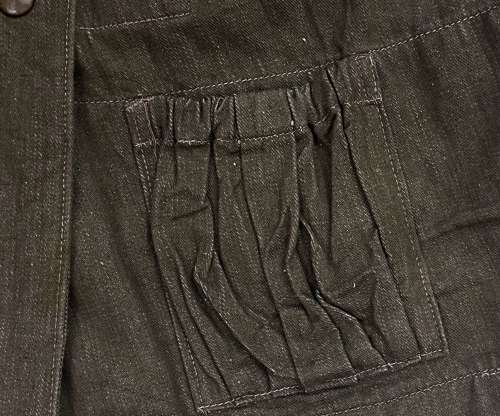 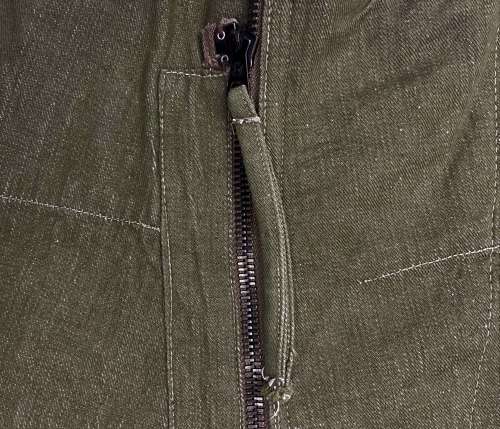 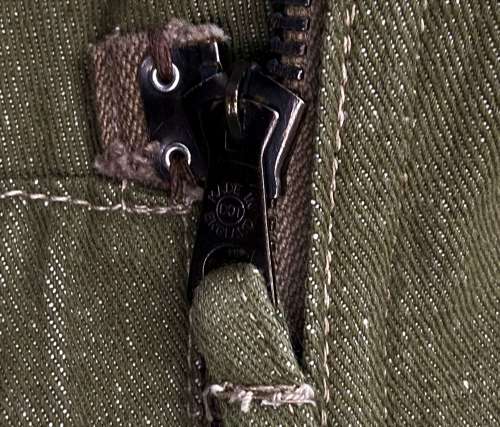 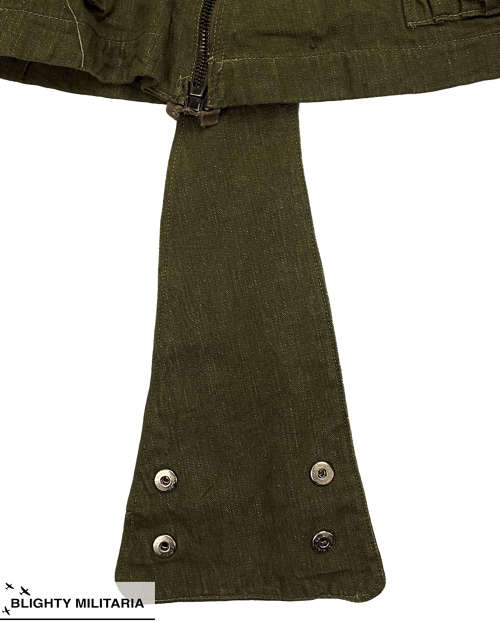 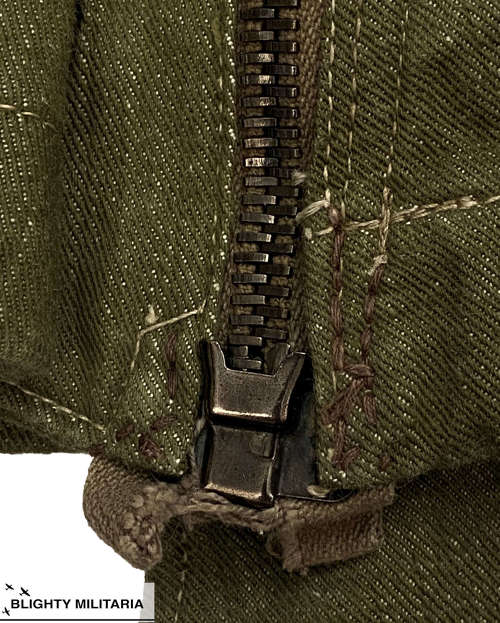 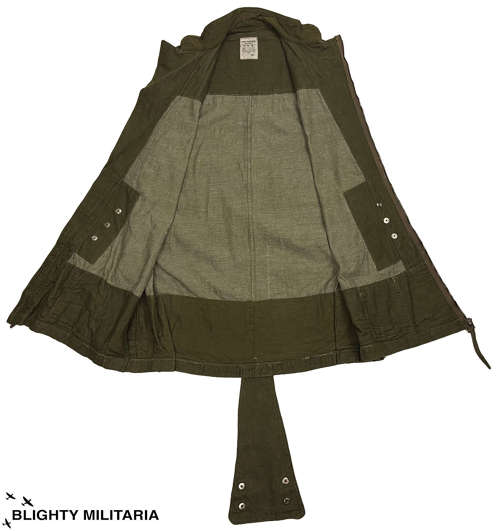 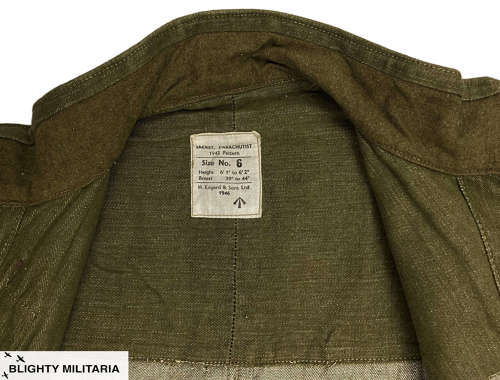 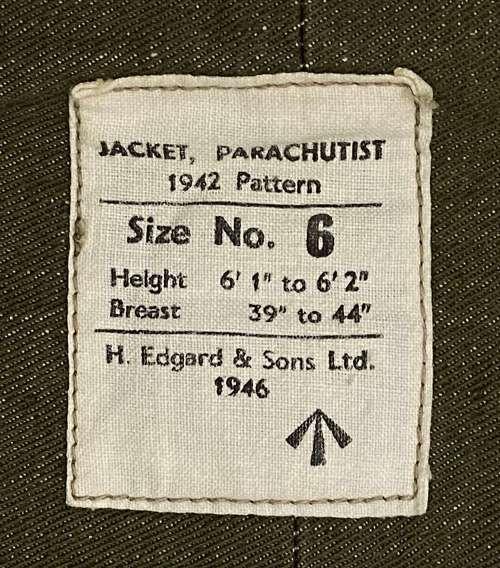 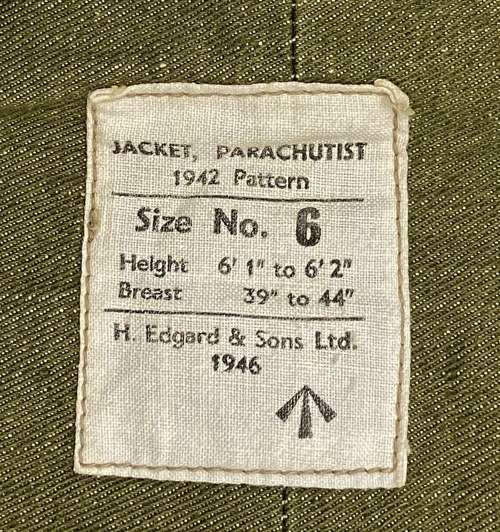 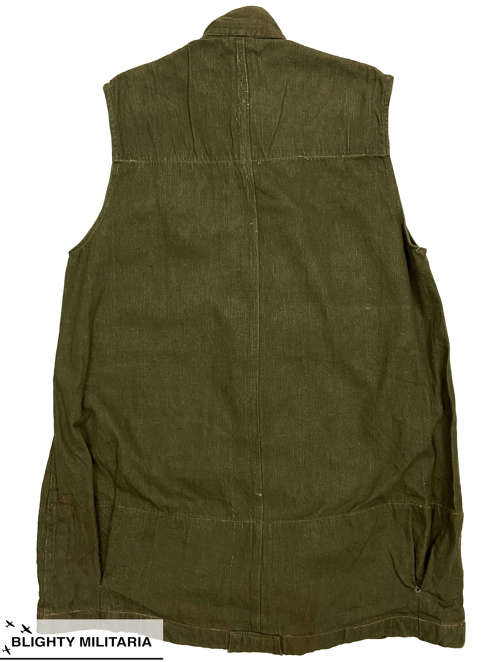 An original 1946 Dated British Army Denim Parachutists Over smock in a size 6 and in unworn condition.

Officially designated 'Jacket, Parachutist 1942 Pattern', this item was intended to be worn over the top of the denison smock when parachuting out of an aircraft. This was an early piece of British airborne design and like many other pieces from this period, it clearly takes its influence from the German Fallschirmjäger paratroopers uniform.

The jacket is made from a green coloured denim material and features a metal 'D.O.T.' brand zipper to the front.Two small pockets are fitted to the front which are intended to house No. 36 Mills Bombs and there is a large fishtail to the rear which passes through the wearers legs and fastens at the front on press studs which are marked 'Newey' and feature a green painted finish to the outside.

Inside the smock the collar features a piece of khaki green coloured shirting material. Below this is the original label which is bright a legible. It states the size as No. 6 and the maker's name as 'H. Edgard & Sons Ltd'. Below this is the 1946 date and the War Department broad arrow marking.

The jacket is in excellent condition and does not appear to have been issued or worn. It is a very clean example which displays very well but please bear in mind that it is a vintage item so may have small issues commensurate with age. 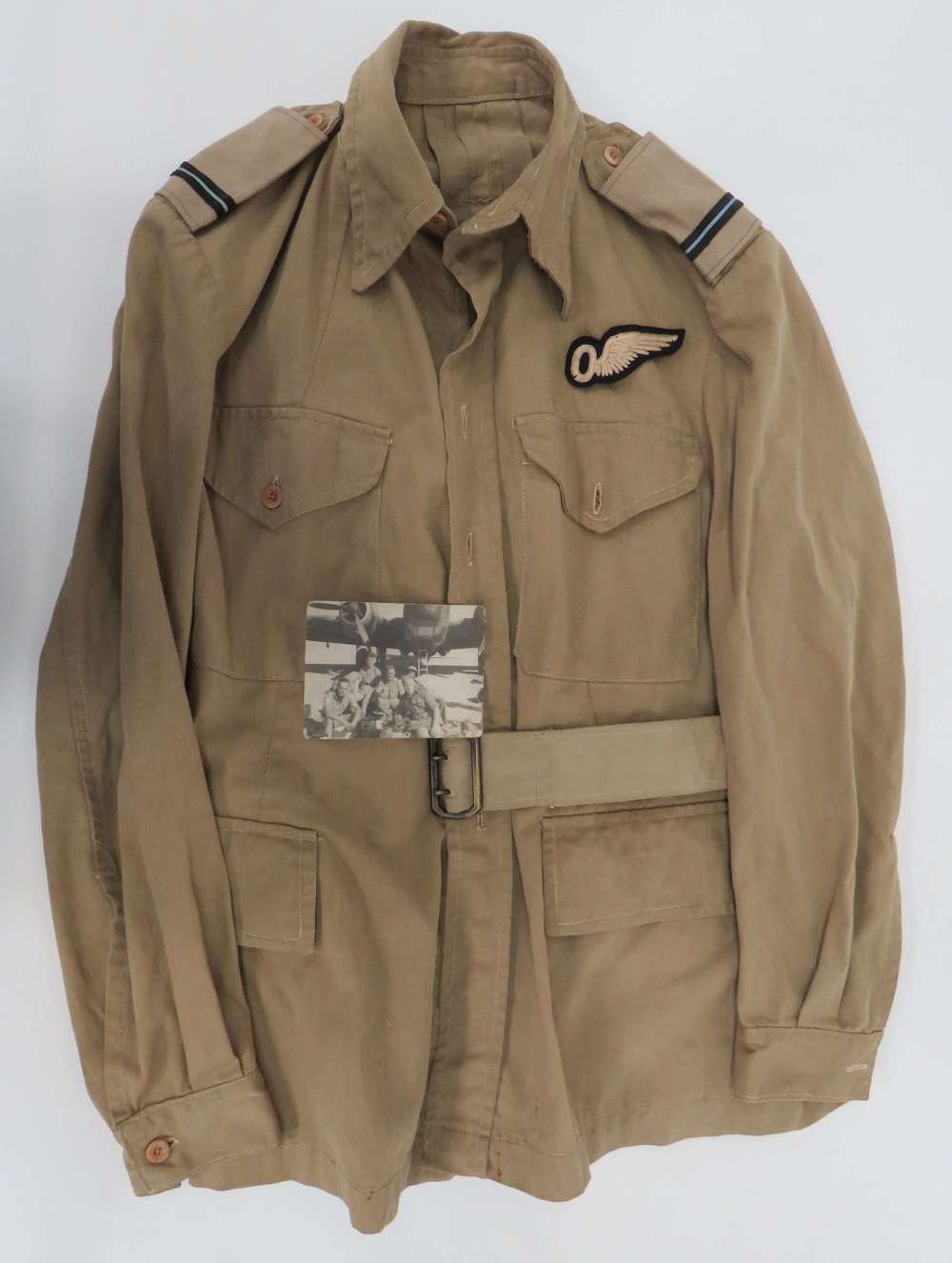 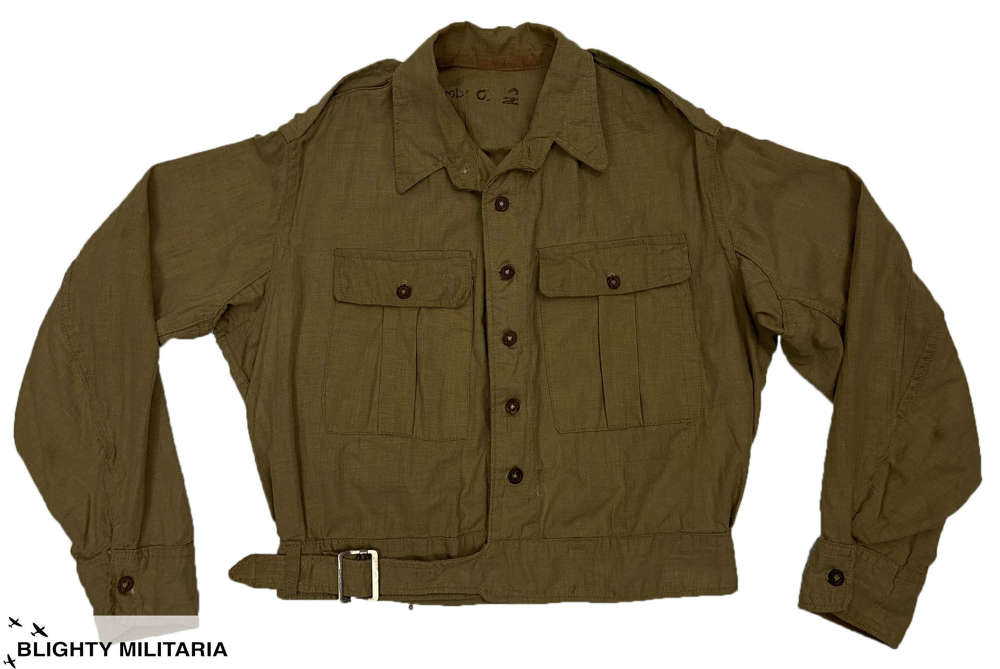 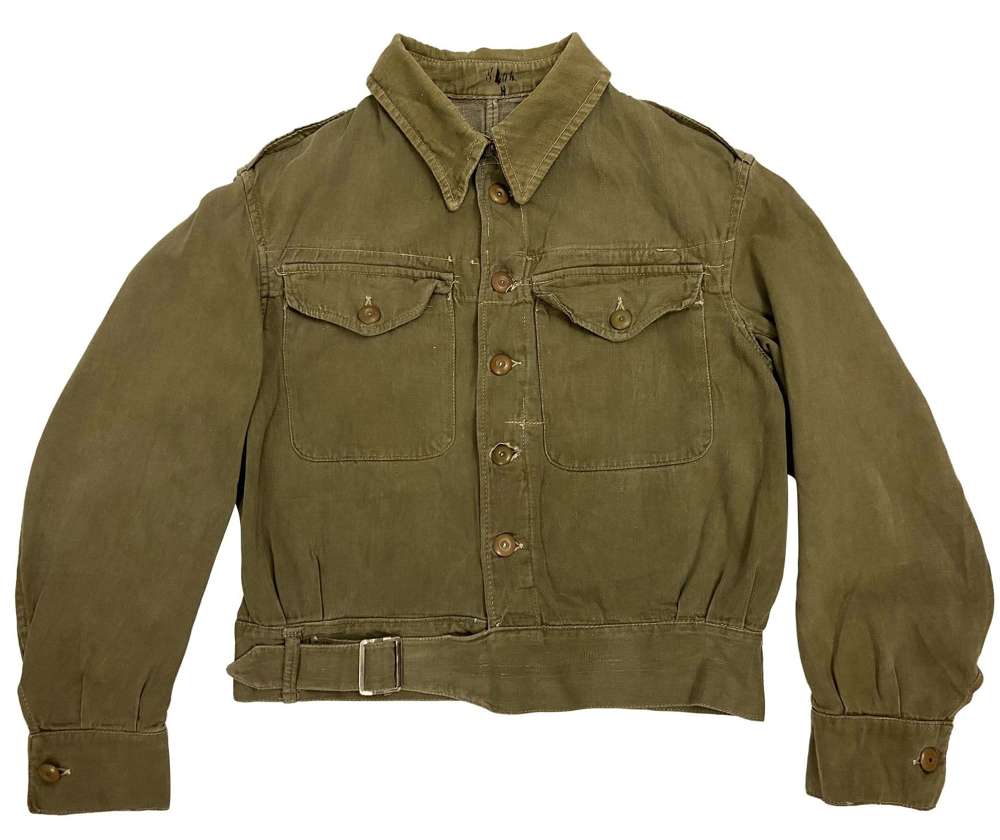 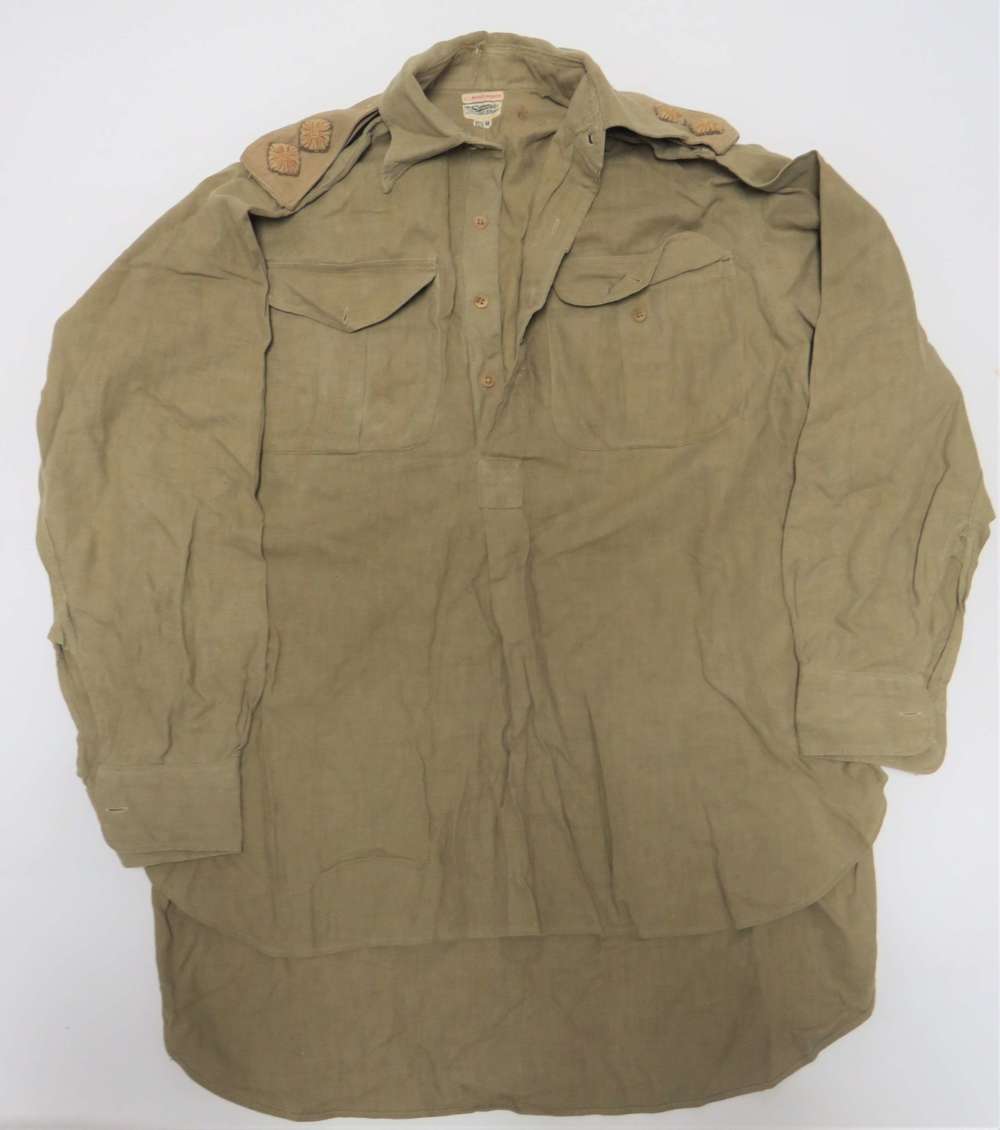