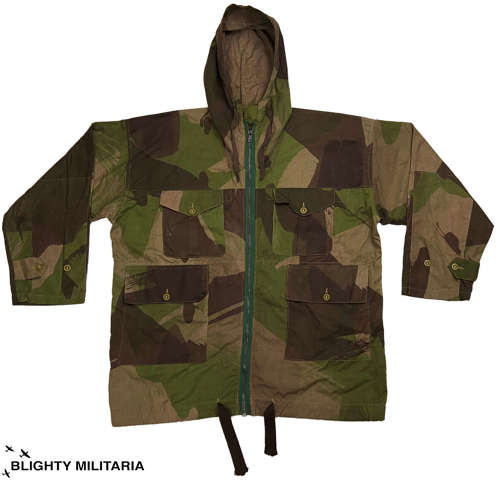 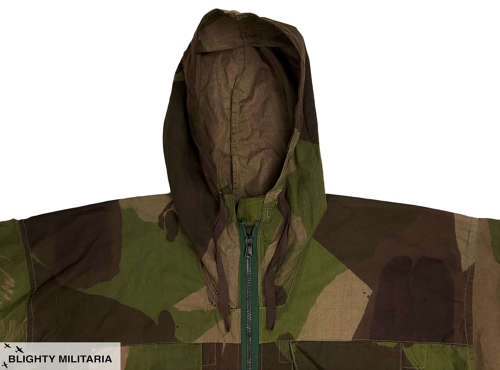 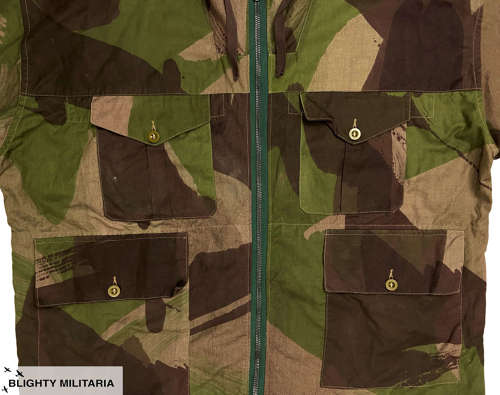 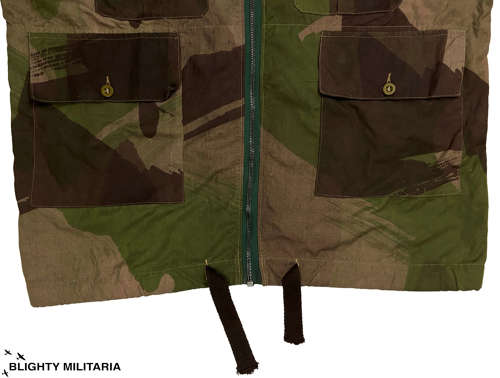 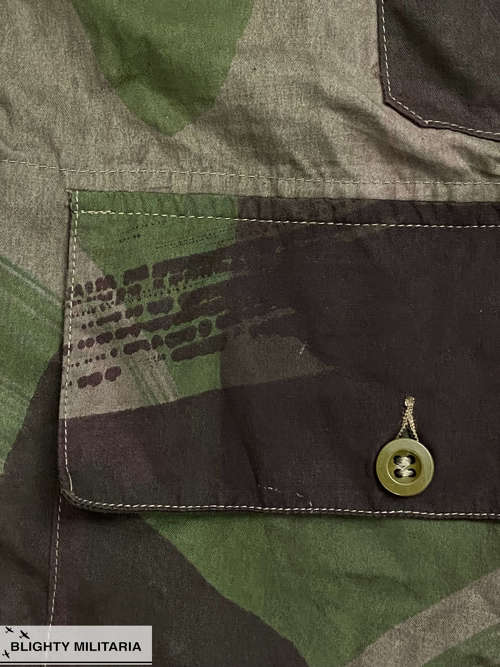 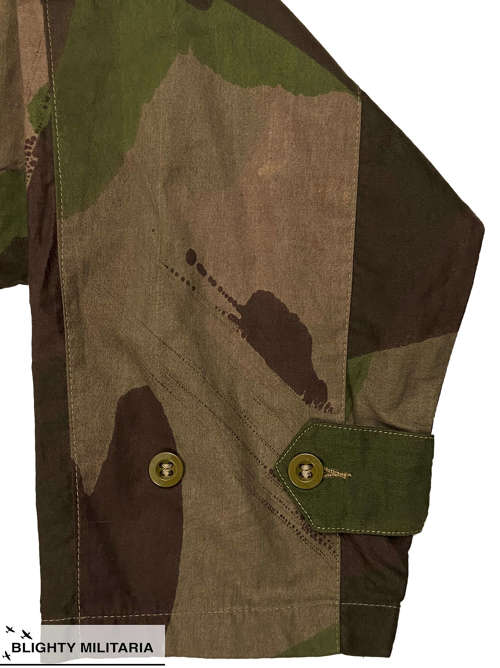 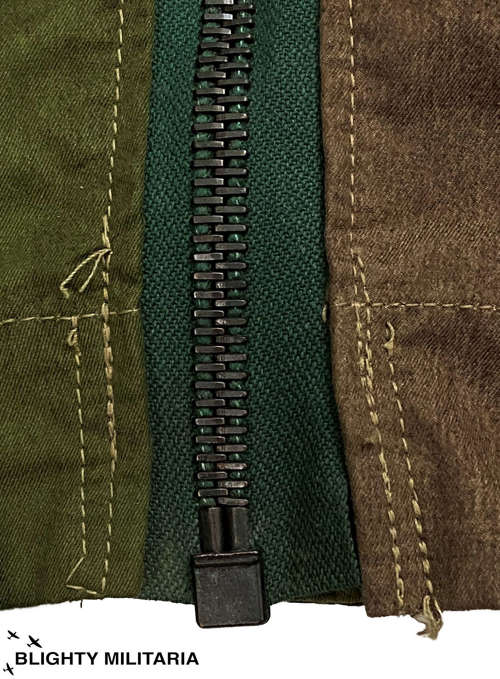 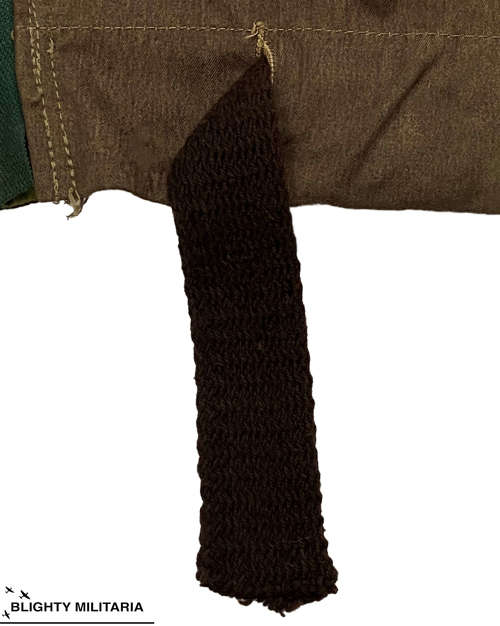 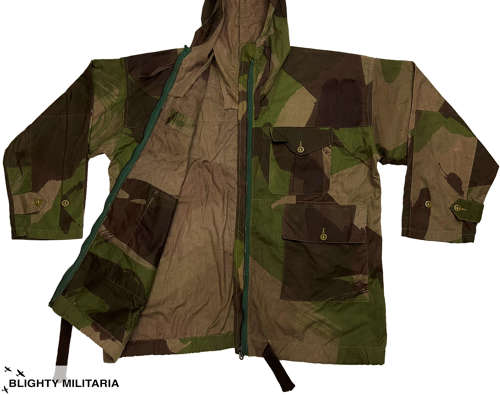 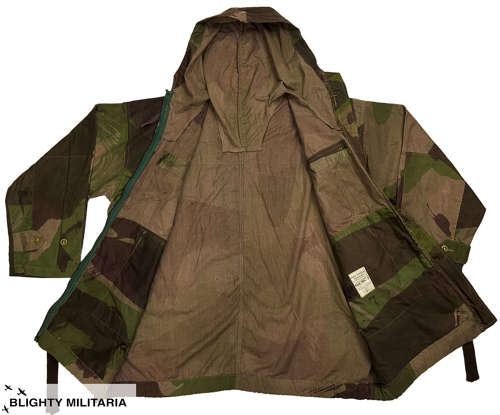 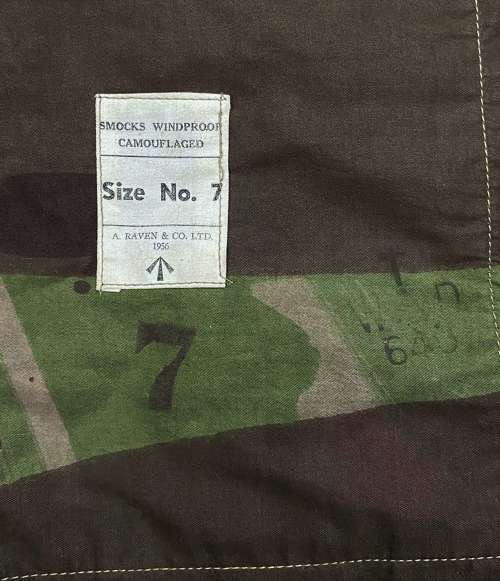 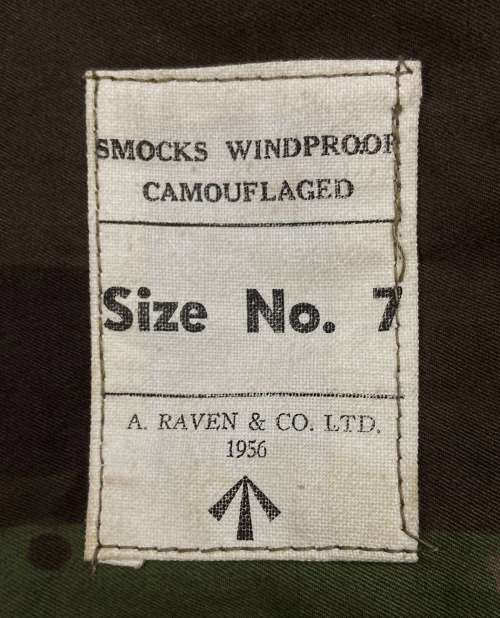 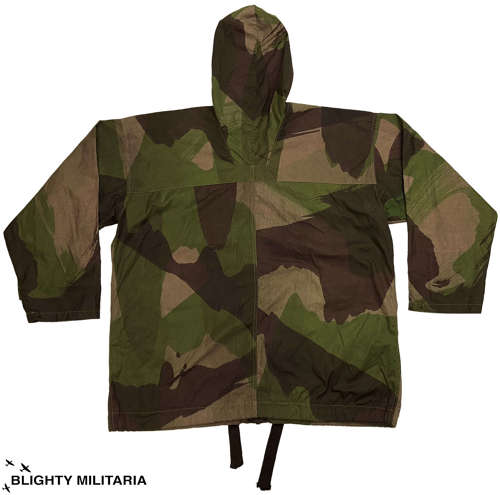 An original 1956 dated 'Smocks Windproof Camouflage' in a size No. 7 which is in excellent condition.

The camouflage windproof smock was first produced during the Second World War alongside a matching pair of trousers. They proved popular and more contracts were placed during the post war period, including the one which this example was made under. It is made from a gabardine material which has the camouflage pattern printed onto it. It features a hood, patch pocket pockets to the front, a drawstring to the bottom and another, smaller drawstring, to the hood. The smock features a factory fitted zip to the centre which is made by 'swift'.

Inside the smock the original label is still present and is bright and legible. It states the size as 7 and features the maker's name of 'A. Raven & Co Ltd'. As well as this the 1956 date is present as is the War Department broad arrow marking. There is also a War Department acceptance stamp which is surmounted by the letter 'T' which confirms 1956 as the year of issue.

The smock is in excellent condition as can be seen in the pictures. It shows next to no signs of previous wear or use and it displays very well indeed.

A fantastic original smock which would make a fine addition to any collection.